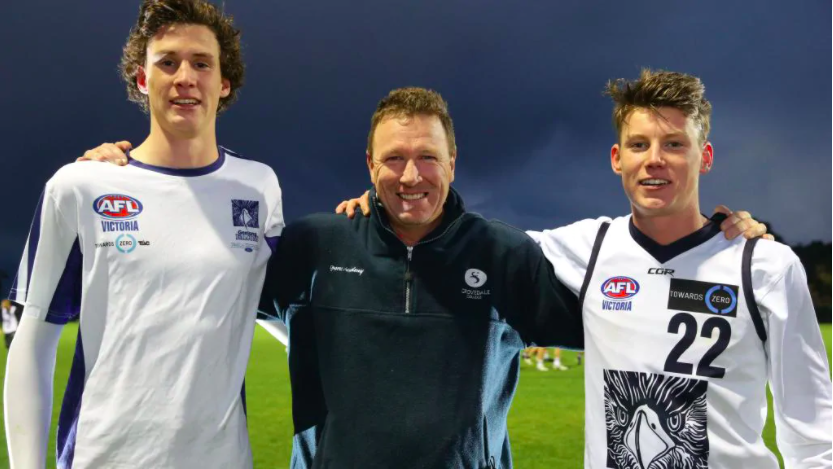 DOMINANT rucks often find themselves sliding come draft time, or bolting right to the top should there be a lack of them in the relevant crop. While the key position stocks in this year’s cohort look promising, the search for a pure ruck who can develop quickly at the elite level is often a careful process.

In ramping up our 2020 AFL Draft analysis, Draft Central continues its line-by-line positional breakdowns, moving on to the best ruck prospects. The following list features pocket profiles of top-age (2002-born) prospects who are part of their respective AFL Academy hubs, while also touching on some names who missed out last year, have improved greatly, or may feature on another list.

Not all of them currently have the opportunity to show their worth on the field, but exposed form and long preseasons for most allow for a window into how the current stocks stack up. There are plenty of steep improvers, so without further ado, get to know some of the premier ruckmen eligible to be drafted in 2020.

One of the many types on this list to fall under the late bloomer category, Flockart was all set for a berth in the Sandringham Dragons program in 2020. The over-age prospect was also aligned to the Sandringham VFL squad, having been granted the opportunity on the back of some promising form with Brighton Grammar last year. He may prove a slow burner, but is quite athletic and obviously raw with such a lean frame. He is a talented sportsman overall who boasts strong hands on the footy field, and can adapt to a variety of key position roles if required.

Another big improver out of the Sandringham Dragons region, Heath proved during a couple of big preseason digs that his is primed to take over as a primary ruck in each side he represents. His APS and NAB League duties may have been put on hold for now, but Heath has impressed enough to suggest he may well be the premier pure ruck option heading into the 2020 draft. He can also move forward and take strong grabs when not muscling through his ruck duties. Don’t let his current record of one NAB League appearance in 2019 put you off, Heath is the real deal.

While others on this list are bolters in their own right, Lane is the utter definition of it having been selected in the 2020 AFL Academy after just one WAFL Colts outing last year. The 202cm bigman has already achieved double that tally in this year’s competition, benefitting greatly from simply being able to show his worth on the field. As an over-ager, he already boasts a solid frame but is far from the lumbering type, able to impact at the drop of the ball and follow up his ruckwork. With 16 disposals and 29 hitouts in his most recent appearance, Lane seems to be gaining confidence and should push strongly for draft contention.

Neale has come on strongly over the past year or so; impressing as an over-ager among Western Australia’s Under 16 squad, before running out on the MCG in last year’s Under 17 Futures All Star showcase. He’s an athletic type, able to use his leap in the ruck while also taking high marks when stationed up forward. Neale’s ability to interchange between either position is a not towards his versatility, with his kicking another bonus which has contributed to a steep rate of development. He has made a steady start to this year’s WAFL Colts season, particularly with 15 disposals, seven marks, 15 hitouts, and a goal in Round 1.

A leader for Woodville-West Torrens in the SANFL Under 18s, Phillips is another who is set to benefit from simply being afforded some exposure in 2020. As a primary ruck option, the tall and lean Eagle has averaged 25.5 hitouts across his four games this season, while also contributing around the ground with a tick over 11 disposals per outing. When stationed up forward, Phillips is able to meet the ball at its highest point on the lead and contribute goals to his side’s effort. He looks to be working on his hits to advantage and bodywork at stoppages, which will make him a more well-rounded ruck prospect. Some more polished decision making and disposal will also aid that factor.

The brother of 2019 AFL Rising Star, Sam is a much different prospect, but is coming along nicely as he continues to work on his game. While is already quite adept in terms of ruck craft, the Geelong Falcons prospect is improving his running and ability to impact around the ground. Walsh looks to have benefitted from being afforded an extended run in the NAB League last year, with 13 games already under his belt, as well as an Under 18 National Championships appearance for Vic Country. He is currently plying his trade for Cobden in the Hampden League, and has experienced a taste of AFL standards having trained with Carlton during the off-season.

There are a few prospects who you may have been expecting to see on this list, but have already found a home on others. Among them, Riley Thilthorpe has been put under the key position forward category, while Zach Reid is a key position defender. South Australian Henry Smith is another tall forward who can pinch-hit in the ruck, while the unknown quantity of fellow Croweater Ned Carey can play up either end of the ground, but has suffered extended injury setbacks.

Of the others to have missed out despite being inside the AFL Academy bubble, Jack Diedrich is a raw type from the Eastern Ranges program, while Jack Driscoll is a versatile prospect out of the GWS GIANTS Academy who can also play as a key position defender.