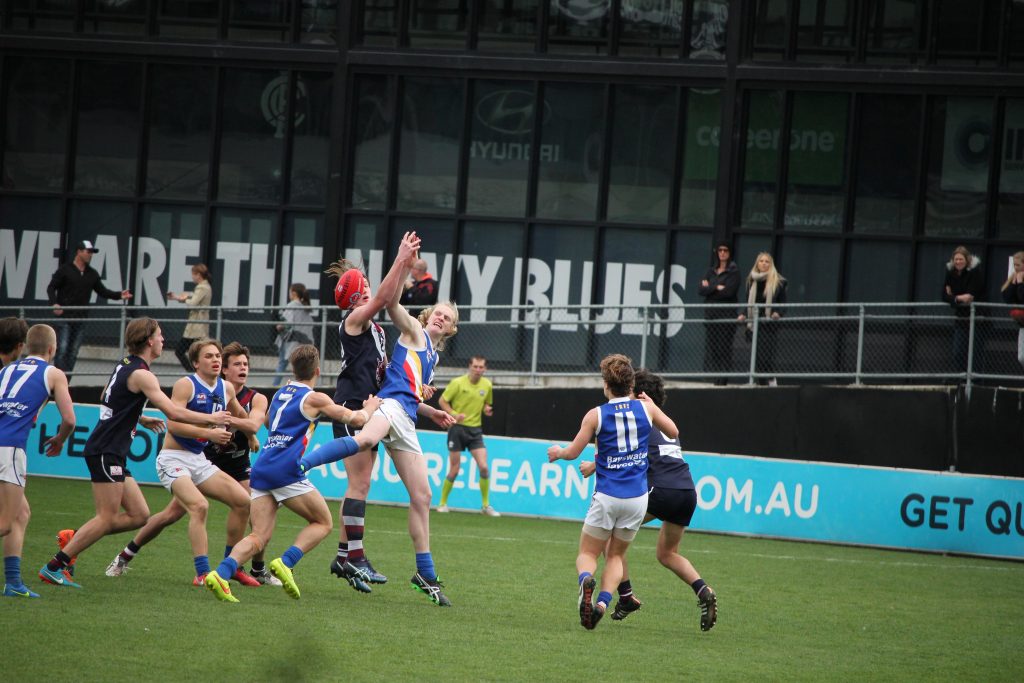 IF you are missing footy like we are, then let us somewhat salvage that with a look back our series of Classic Contests. In today’s contest we look at one of the would-have-been Round 17 clashes in the NAB League this year between the Eastern Ranges and Sandringham Dragons. In this edition, we wind the clock back to 2017 when the two sides played out one of the many thrillers among their battles over the past decade.

Teams are often depleted during the mid-season rush and while that was the case in Round 9 of 2017, it didn’t stop Eastern and Sandringham from producing a TAC Cup classic. Despite holding a 5-3 record to sit fourth, the Dragons were starting to feel the pinch of school football, dropping three games in a row having won their first four. A win against Greater Western Victoria steadied the ship, but the same cannot be said for Eastern (ninth, 3-5), who had just lost to Dandenong after working to halt an early-season skid.

While six eventual draftees took to the field, there was a bunch of top-end talent missing in action for either side. Sandringham would have to go to war without the likes of Andrew Brayshaw and Charlie Constable, while Eastern would miss the presence of Joel Garner, Adam Cerra, and Tyler Brown among others.

Keen to inflict an upset, the Ranges got the better of the early goings with the first three goals of the game within 10 minutes. A late lapse in concentration would see the Dragons hit back twice though, and they carried the momentum into the second stanza to make it five-consecutive goals. A Josiah Duncan major before half time reigned the margin back to a single straight kick at the main break, with the contest beginning to close up.

The third term proved an armwrestle, with neither side properly able to snatch the ascendancy and Sandringham spurning some solid opportunities. Still, the Dragons’ 1.5 to Eastern’s 1.0 had them up by 11 points heading into the final break, with the game remaining in the balance. That was when the cream began to rise to the top; with Jaidyn Stephenson sparking the turnaround, and Sam Hayes completing the job with a late goal to snatch a one-point win.

Both were named among the best players for Eastern alongside Cody Hirst, with Lucas Woodward and Harry Nolan topping that list, and Duncan booting a game-high three goals. Quintin Montanaro claimed that honour for Sandringham, in front of the likes of Hayden McLean and Will Walker – the sole drafted Dragons afield on the day.

The Dragons would finish the regular season in the same spot at 11-7, but thrived in the back-end of the year to incite a finals run that was only spoiled at the final hurdle by Geelong in a famous Grand Final. Seven Dragons went on to be drafted in 2017, a number shaded by Eastern’s 10 AFL recruits, plus Hirst in 2019. The Ranges improved to finish sixth at 9-9, but were dumped out by a remarkable Dandenong comeback in week one of the finals.