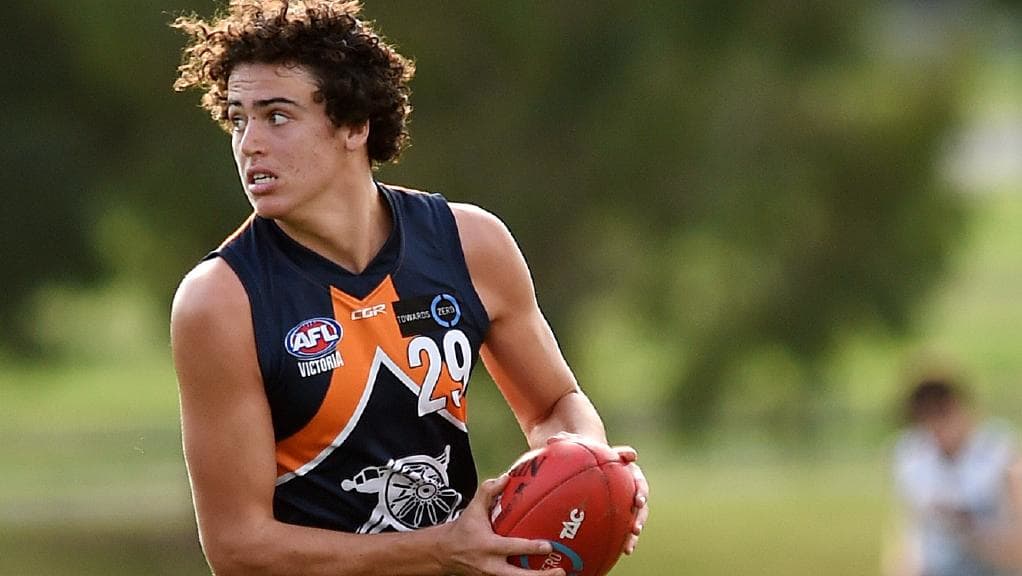 IF you are missing footy like we are, then let us somewhat salvage that with a look back our series of Classic Contests. In today’s contest we look at one of the would-have-been Round 17 clashes in the NAB League this year between the Calder Cannons and Gippsland Power. In this edition, we wind the clock back to 2018 when the two sides played out a thrilling draw decided right at the death.

There may have been a host of top-age draft prospects out of TAC Cup action in Round 9 of the 2018 season, leaving it up to Calder and Gippsland’s bottom, and over-agers to produce a thriller in Morwell. The Power were the more fancied side, sitting pretty in second spot with a 6-1-1 record on the back of four-straight wins. Calder’s 3-5 start to the season had it poised in eighth spot, having lost two on the trot and failed to string together consecutive wins to that point.

With those factors in mind and despite both sides coming in heavily depleted, it was somewhat of a surprise to see Calder get the early jump with a two-goal head start. That two-goal buffer was the best Calder would muster, and only lasted until six minutes into the second term, when back-to-back Brock Smith goals send Gippsland in front. With Josh Smith and Harrison Pepper also boasting two majors each, the Power broke out to a 16-point lead at half time.

Cue the next momentum shift, as the Cannons hit back with a three-goal to nil third term to inflict a 21-point turnaround. Touches of inaccuracy threatened to hurt the away side, but they were well and truly in the hunt heading into the final change. It seemed for all money that Boadie Motton‘s 23rd-minute major would see Gippsland snatch the four points, but Jake Riccardi‘s reply with under a minute left on the clock saw the two sides share spoils come the final siren.

In a remarkable game-defining patch, Riccardi booted Calder’s last five goals for the game to prove his credentials as a potential draft bolter. While he would be made to wait at least another year for his chance at the elite level, his AFL qualities shone through. John Roumeliotis had a similar, steadying impact for the Cannons early on, but it was Will Jury who was adjudged his side’s best. Harrison Jones showed some promise, taking the field alongside fellow draftees Sam Ramsay and Lachlan Johnson.

Josh Smith led the Power’s goalkicking charge with three snags, followed by three players who managed two, including Brock Smith, Pepper, and Austin Hodge. Jake Van Der Plight beat them all to best afield honours, even trumping the likes of Noah Gown on the day.

The drawn clash would be the only meeting between the two sides in 2018, and was Gippsland’s second tie for the year. The Power went on to finish second at 12-2-2, before having their season ended in emphatic fashion by way of a 93-point thumping at the hands of Oakleigh. Calder improved slightly to finish seventh at 7-8-1, but bowed out in Wildcard Round to a replenished Geelong Falcons outfit.