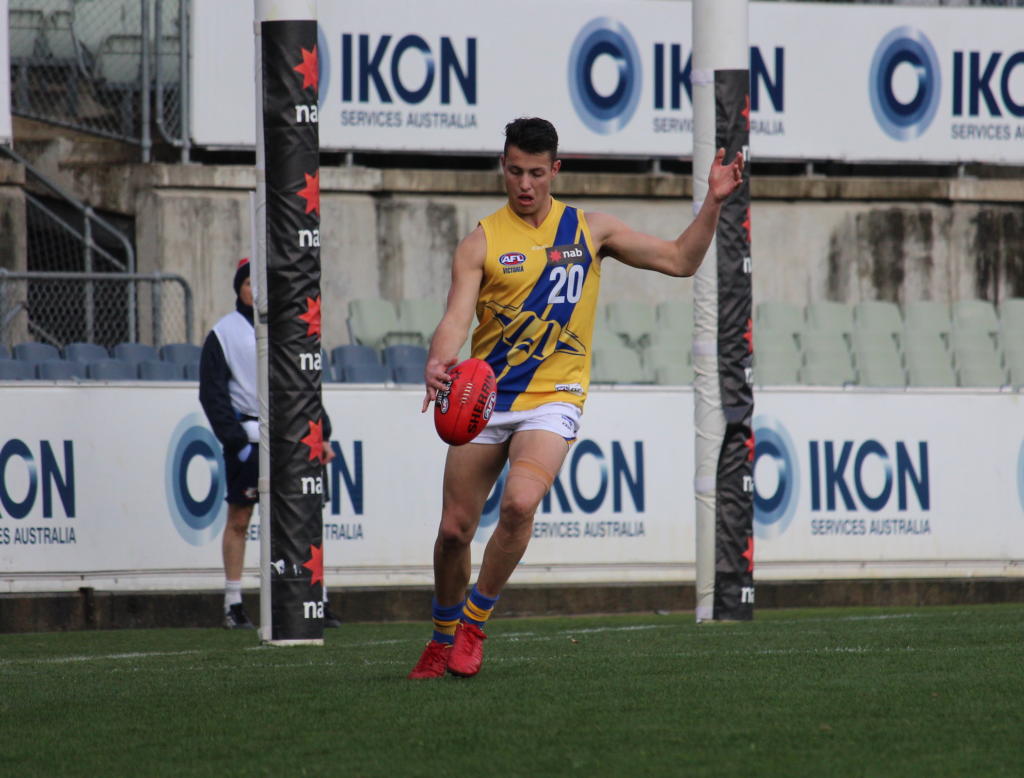 IF you are missing footy like we are, then let us somewhat salvage that with a look back our series of Classic Contests. In today’s contest we look at one of the would-have-been Round 17 clashes in the NAB League this year between the Western Jets and Tasmania Devils. In this edition, we wind the clock back just one year to Round 5 of 2019, when the Jets soared to a comfortable win away from home.

Two sides with a couple of wins already under their belts went head-to-head early in last year’s NAB League campaign, with Tasmania hosting the Western Jets at UTAS Stadium in Launceston. The Devils had made a positive start in their maiden full-time season, enjoying a bye in Round 1 and bouncing back from their Round 2 loss to take a 2-1 record heading into this clash. Western sat similarly poised at 2-2, having just secured a rebound victory over the Northern Territory a week earlier.

While the two regions would lay claim to a pair of draftees each come the end of the year, only one would take the field on either side; with North Melbourne rookie Matt McGuinness lining up for the home side, while Carlton recruit Josh Honey ran through midfield for Western. The Jets were missing Emerson Jeka, with Tasmania also down a tall target as Jackson Callow came out of the side. Fellow Academy-based bottom-agers Oliver Davis and Sam Collins were also absent alongside Mitch O’Neill in a blow to the Devils’ chances.

The losses seem to take toll early, as the Devils failed capitalise on their domination of the territory and possession. A 20-minute goalless patch ensued after debutant Isaac Chugg put through the game’s first goal, only for Western to hit back twice within the final five minutes of the opening term to hit the front. It seemed to sink the Devils a touch, as they went on to go goalless throughout the second stanza, while giving up another two goals and a 15-point deficit at half time – albeit in a low-scoring contest.

Lachlan Gadomski broke Tasmania’s hour-long goal drought with a major nine minutes into the third term, but it proved a feeble form of reply as Western continued to pile on the scoreboard pressure and extended the margin to 31 points at three quarter time. It was an unassailable gap, and the Jets only further ensured it would be a bridge too far as they kicked away to a nine-goal lead, only to settle for the final 47-point margin.

Darcy Cassar ran the show off half-back for Western, proving a key player in shifting the early momentum back into the Jets’ favour. He finished with 31 disposals, 13 marks, and eight rebound 50s, while Honey booted two goals from his 25 touches. Tasmanian pair Bailey Gordon and Patrick Walker matched that feat to be their sides’ leading ball winners. Archi Manton led the goalkicking stakes with three goals, followed by bottom-aged Eddie Ford and Honey on two. Oliver Burrows-Cheng and McGuinness were named among the Devils’ best.

Tasmania would go on to add just two wins to its record across the season, finishing in 12th spot at 4-11 and bowing out during Wildcard Round to Calder. The Jets earned a seventh-place finish, storming into finals where they upset Northern in the elimination stage, but had their run ended by Gippsland in the semi finals a week later.