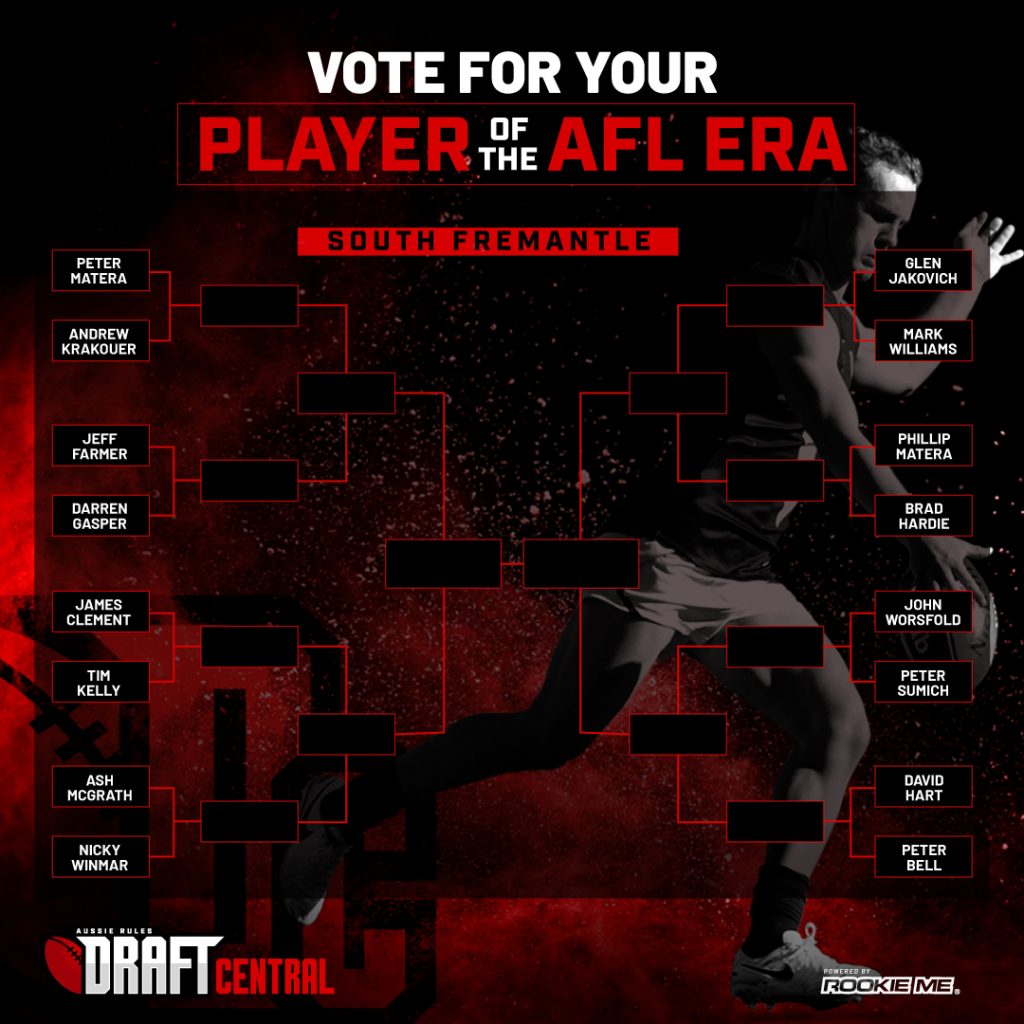 SOUTH FREMANTLE BULLDOGS are up next in our Player of the AFL Era series which will be run through our Instagram channel starting at 12.30pm today. The South Adelaide All-Star voting was completed yesterday with Simon Goodwin announced as the winner and captain of the Panthers’ All-Star side.

South Adelaide Bulldogs have an electric team with some of the best West Australians of all time hailing from the club. From the Matera brothers (Peter and Phillip) to some key players up either end in Glen Jakovich and Brad Hardie, the class and skill of Nicky Winmar and the hardness of Peter Bell, this club is among the top in the country for top-end talent.

The voting will run over the next four days starting today, with the winner to be decided by Monday night (unless extra time and the full 24 hours is needed in the final vote). The next club involved in the voting process is Sturt Double Blues starting on Tuesday. All eligible players were selected thanks to the Draft Guru site. 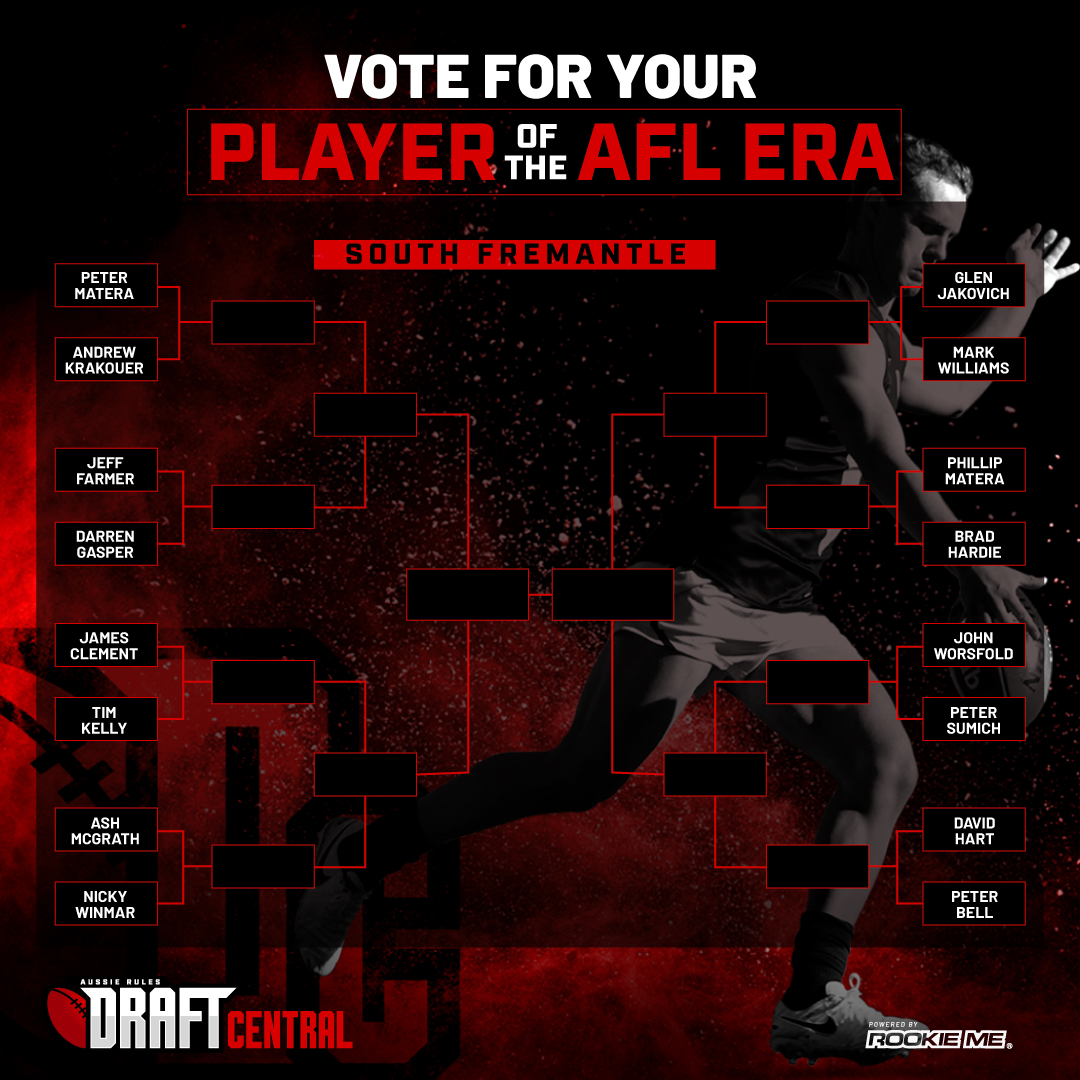