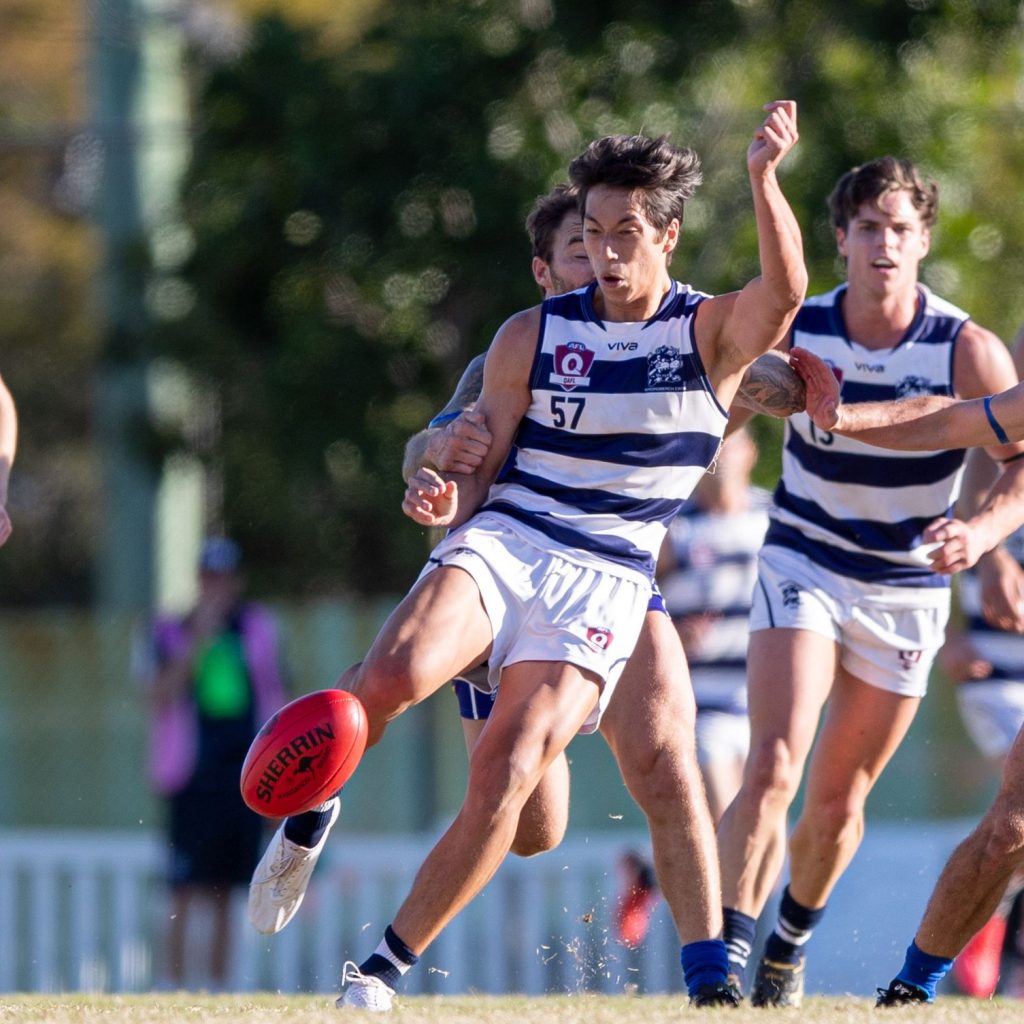 TWO rounds down and now each of the nine sides have played in this year’s modified 2020 Queensland Australian Football League (QAFL) competition. Every win is crucial, and thus so is percentage, which is something Broadbeach showed last week coming out of the blocks to post a massive win. The four undefeated sides all have the chance to remain so with wins over the weekend as they take on four of the five bottom teams this round. Sixth placed Surfers Paradise have the bye, so the reigning premiers will be able to have a break.

Whilst they have been competitive for the most part, Labrador will be hungry for a win after back-to-back losses to open the season. The Tigers went down to Morningside by 21 points in Round 1, before falling to Surfers Paradise last weekend. They had their chances against the Demons after a fast start, but could not maintain it against the reigning premiers, so will need to do it for longer here. Their task will not be any easier in Round 3 though, as they travel to Broadbeach to face a Cats side that was by far the most impressive team of Round 2. Having not played in Round 1 there might have been fears of rustiness, but that was quickly put to bed as the Cats completely dominated Mt Gravatt on their way to a 57-point win.

Jordan Moncrieff might have played one less game than his rivals at the level, but he is already just three goals off the leading goalkicker after slotting six snags in a best on ground performance for Broadbeach in Round 2. Matthew Fowler jagged three, and the emergence of young talents Josh Gore (two goals) and Alex Davies (one) at senior level for the first time this year, was promising. Labrador has some A-grade players, which makes them difficult to play against including Fraser Thurlow, Bryce Retzlaff and Jono Beech, with the trio having experience within an AFL environment. It is no surprise to see them thriving with Thurlow named best-on for the past couple of weeks, and the other two slotting five goals in the time. Blair Rubock is an over-ager who has already hit the scoreboard since joining from Tasmania Devils, booting two goals so far this year.

Broadbeach will go in as favourites, but it will be a good test to measure where they are at against a competitive outfit who has so far matched it with the top few sides.

This clash is expected to be a huge one with the two leading goalkickers on opposite sides. Former Brisbane Lions players, Liam Dawson (Sherwood) and Matt Hammelmann (Morningside) will face off in what could end up a shootout. They have booted nine and eight goals respectively, while Brody Lumber (five) has also been efficient for the Magpies who are searching to bounce back against the Panthers. Morningside is undefeated in season 2020 thus far, while Sherwood have lost no admirers outside of their shocking first term last week, fighting back to almost snatch victory from the jaws of defeat. This match is match of the round without a doubt.

After Hammelmann, the Panthers have a number of players who share the goals around, including Brisbane Lions Academy hopeful, Blake Coleman. The top-ager has booted three goals in his two games, one of four players to do, including Jack Rolls who has been one of the Panthers’ best thus far in season 2020. Saxon Crozier and Tom Griffiths are other youngsters who have kicked a goal this year at senior level and will create interest for Brisbane Lions fans. Sherwood has plenty of ex-AFL talent on its list with Claye Beams (three goals) and Ryan Harwood (one) among the ex-Lions to run out for the Magpies this year. Bruce Reville and Jack Austin are also young players to watch, with Austin picking up a Rising Star nomination in the league last year.

The game is hard to predict with the Panthers deserving favourites being undefeated. Sherwood could really stamp its authority on the game given they matched it with arguably the benchmark team last week, and would have won if you take out the disastrous first term. If the Magpies start strong, expect them to make a statement as they have no trouble finding the big sticks.

Fresh off a rest, Maroochydore heads into Round 3 with an impressive Round 1 win coming up against a side that has not quite managed to click just yet in Mt Gravatt. The Vultures defence has been under-siege in the first two weeks, conceding two tons and losing by the highest margin in both respective rounds. Going down to Sherwood in Round 1 by 43 points, then suffering defeat at the hands of Broadbeach by 57, the Vultures will be keen to get off the bottom of the ladder with an upset win here. The Roos had a win against Wilston Grange in Round 1, but it was difficult to read too much into that just yet with the Gorillas well beaten by Morningside last weekend.

Rewinding back to Round 1 when the Roos won a low-scoring contest, Mitchell Scholard snagged three goals – though rumours swirled in Draft Central’s Facebook group it may have been five – as Maroochydore went on to have seven individual goalkickers in the win. Carter Michael is the young talent to watch running around for Maroochydore, with the Brisbane Lions Academy member impressing in the opening game to be named in the best for the Roos. Daine Macdonald leads the goalkicking at the Vultures with three majors, one ahead of six players who have kicked multiple majors in the two games this season. Luke O’Sullivan and Todd Carbone were the two players to be named in the best in both matches and will hope to continue that form here for the Vultures.

It is hard to determine where Maroochydore sits in the competition just yet, but fans will get a better idea post-Round 3, while Mt Gravatt will hope to take advantage of the Roos’ weekend off to take home their first victory of the year.

The final match of the round pits top of the table Palm Beach Currumbin up against eighth placed Wilston Grange. Their seasons to-date have been very different with the Lions able to notch up two wins, whilst the Gorillas are yet to get on the board in season 2020. Palm Beach Currumbin made a statement in the grand final rematch back in Round 1, defeating Surfers Paradise by 43 points before holding off a determined Sherwood by nine points after leading by more than seven goals at quarter time. The Gorillas have struggled offensively this season, averaging the 54.5 points in their two games, falling in a tight one to Maroochydore in Round 1, before being blown away by Morningside in Round 2 to the tune of 41 points.

Mitchell Johnson has had a fast start to the season for the Lions, averaging three goals in his first two games to be in early contention of the leading goalkicker award. Former Gold Coast Suns’ tall Ashton Crossley (three goals) and Mackenzie Willis are among the ex-AFL talents on the Lions’ list, with a number of young players coming through the program. Jack Johnston, Brayden Crossley and Ethan Hunt are all young players who have been handed their opportunity at senior level to start the season, while Jamison Shea and Zac Harrison are the duo to be named in the best on both occasions this season thus far. Sam Gribble has been impressive up forward for the Gorillas despite the two losses, leading his side with three majors this season, Three other players in Josh Baxter, Luca Mason and Shatna Cashen-Harris have kicked multiple goals, while Corey Gladdish and Will McKenzie have been named in the best on both occasions. Tahj Abberley and Noah McFadyen – both Brisbane Lions Academy members – are a couple of young talents to keep an eye on at the Gorillas.

Palm Beach Currumbin go into this clash as heavy favourites given their performances this season. The Lions could be the team to beat and along with Broadbeach have shown they have some serious weapons. The Gorillas have some good young talent and will be the underdogs in this clash, but will need to be at their best to topple the Lions.