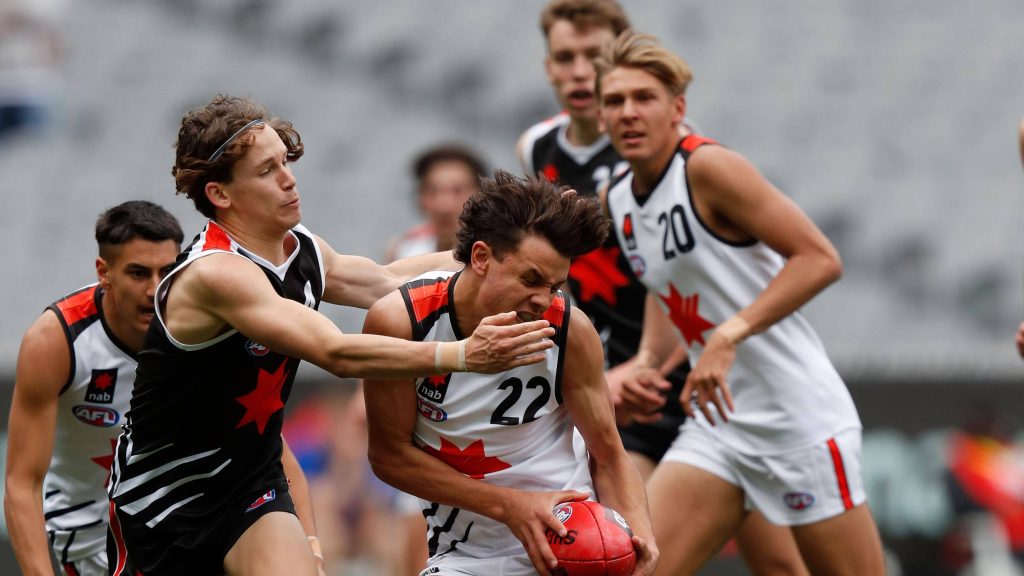 Next under the microscope in our AFL Draft watch is West Perth’s Heath Chapman, an athletic key defender who boasts high-level composure on the ball. Having earned a spot in his state’s Under 16 side in 2018, Chapman went on to impress at WAFL Colts level for the Falcons, before being selected to play in the Under 17 Futures All Star showcase.

He may measure up at just under the traditional key position size, but Chapman is terrific in the centre half-back role at junior level, and has all the makings of a third tall as he jumps the grades, perhaps even roaming further afield. The 18-year-old’s endurance base and class on the ball may allow for that, with shrewd reading of the play and sound disposal by foot also key features of his game.

The talented Chapman has had a strong year for his club West Perth and playing as a tall defender for Team Dal Santo, he did some nice things – especially late in the game. Chapman had a good couple of minutes, taking a strong intercept mark before the ball came back in once again where he span out of trouble, showing his athleticism.

After being announced as one of the eight WA players to play in the AFL U17s All Stars game, Chapman showed why he is such a highly rated prospect for next year. He collected 13 possessions, took two marks and laid two tackles, often mopping up in defence. When under significant duress, Chapman was always composed and made sound decisions with ball in hand.

A bottom-age prospect, Chapman did his draft chances for 2020 no harm with a classy performance against the Sharks. Playing on the half-back line, Chapman gathered 21 possessions, took seven marks and laid three tackles to be a pivotal player in the Falcons’ victory.