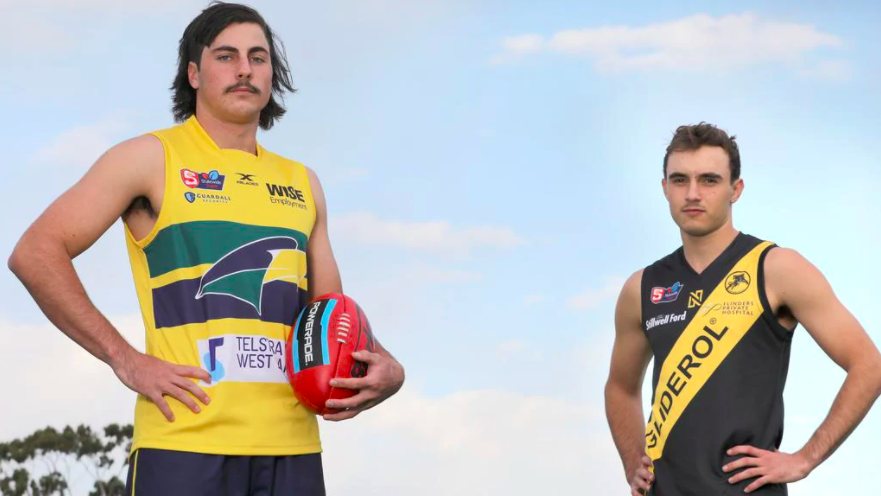 Next under the microscope in our AFL Draft watch is Woodville-West Torrens’ Lachlan Jones, a solidly-built defender who is part of Port Adelaide’s Next Generation Academy. The 185cm prospect has many elite level traits, and bosses the defensive 50 with his sound reading of the game, aggressive intercept style, and sound disposal by foot. Jones is also versatile in his defensive duties, able to either provide that intercept and rebound quality off half-back, or shutdown opponents deep with his one-on-one strength.

While he came in at 89kg during preseason, Jones is very athletic and tested well across the board, with his power shining through in particular. His rapid rate of development has seen him enter the SANFL League fray with the WWT Eagles, running out in all three of their opening fixtures to date in 2020. Should the Under 18 national carnival go ahead, expect him to be a key feature for South Australia, too.

Jones’ ability to attack from defensive positions began to form an asset for the Eagles as they went on to dominate proceedings, with the youngster positioning well at half-back to intercept – almost presenting like a Norwood forward should have been to cut off attacking forays with confidence. He also doubled as a defensive outlet as the play slowed, finding space to possess the ball uncontested in a chip-around game across the back 50.

The strong bodied Jones is a Port Adelaide NGA prospect who has had a good year for Woodville-West Torrens, looking most at home in defence. He was strong over the ball and made good decisions with ball in hand.