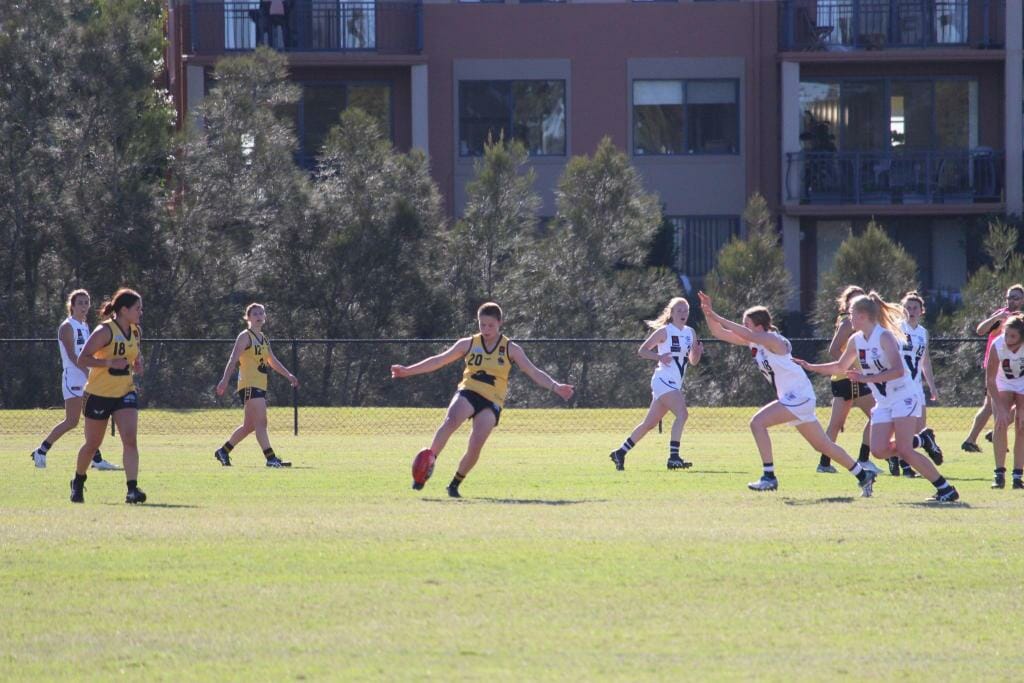 A NEW season of the West Australian Football League (WAFL) Women’s competition kicks off this weekend with six sides ready to do battle across the course of the season. Last season East Fremantle inspired by Lou Knitter Medallist (best on ground in the grand final) Gabby O’Sullivan, defeated Swan Districts by 23 points on the big stage. In wrapping up last year’s awards, Subiaco duo Hayley Miller and Danika Pisconeri shared the Dhara Kerr Award as the joint best and fairests throughout the season.

Round 1 of the new season sees the Swans facing off against Peel Thunder in the first match of the new season, while Subiaco and Claremont go at it later in the afternoon. The competition’s newest side – East Fremantle – join the fold on Sunday when they host the reigning premiers in a baptism of fire.

The teams faced off three times last season with the Swans getting the upper hand twice. In Round 4, Swan Districts won 11.5 (71) to Peel Thunder’s 4.1 (25), though two weeks later at the same venue – Steel Blue Oval – the Thunder held the Swans to just 1.5 (11) as they romped to a seven-goal victory. Later in the season upon returning home, Peel Thunder was no match for Swan Districts as the visiting side dominated with a 68-point triumph.

From Peel Thunder’s perspective, the player to watch is AFL Women’s National Academy member, Sarah Verrier. The midfielder loves the contested side of the game and will hope to dictate proceedings in this game, but there are a number of talents on the Swans’ side as well. Mikayla Morrison and Shanae Davidson are both Academy members too and will front up in the black and white this year, while another name to keep in mind is Emma Nanut. Outside of Verrier, Peel Thunder have a few more names to keep an eye on, with young talents such as Jade Briggs, and those ready to impact an impact at League level through their debuts in 2020 include Bethlyn Pasco, Courtney Rowley and Beth Schilling.

After an early stumble on the road, Subiaco defined itself as the superior team in this head-to-head last season. The Lions went down to Claremont by seven points at Revo Fitness Stadium back in Round 4, but then kept the Tigers to just four behinds in the next two matches in Rounds 6 and 14, whilst booting an almost identical 8.6 and 8.5 in those games to win by 50 and 49 points respectively.

Looking at some of the young guns to watch out for in this game, Abbey Dowrick – the younger sister of West Coast’s McKenzie – has been one rising through the pathways over the years and will suit up for the Lions, as she goes head-to-head with Isabella Lewis‘ Claremont. Lewis is another member of the AFL Women’s National Academy, and she has a number of promising teammates such as Jessica Low, Emily Bennett, Amber Goodwin-Wissink and Rachel Ortlepp, while Amy Franklin is another name to watch as a potential riser this year at League level. For Subiaco, Kia Buckley, Caitlyn Walker and Claire Ortlepp are others to watch alongside Dowrick, while Charlotte Thomas is another to keep an eye on for the future.

The most intriguing match of the weekend may well be this contest with the reigning premiers surely heading is as strong favourites to get up over the league newcomers. Though South Fremantle will have the home support, it will no doubt be tough for the Bulldogs who have no past history to go on. Last season was the first official year the league has come under the WAFL brand, and the Sharks will be keen to build a dynasty and start the season off with a win.

The reigning champion have some good young talent to accompany its experience such as Rosie Walsh and Hayley O’Donnell, while Chloe Reilly is a player who has the potential to make an impact at League level in 2020. For the Bulldogs, Shakira Pickett is a name who will no doubt show plenty of talent, teaming up with the likes of Tayla Whincup, Taylah Cruttenden and Poppy Stockwell who have been earmarked to make an impact this year. It will be an exciting introduction for South Fremantle and give the Bulldogs a real ideal of where they are at when taking on the Sharks.