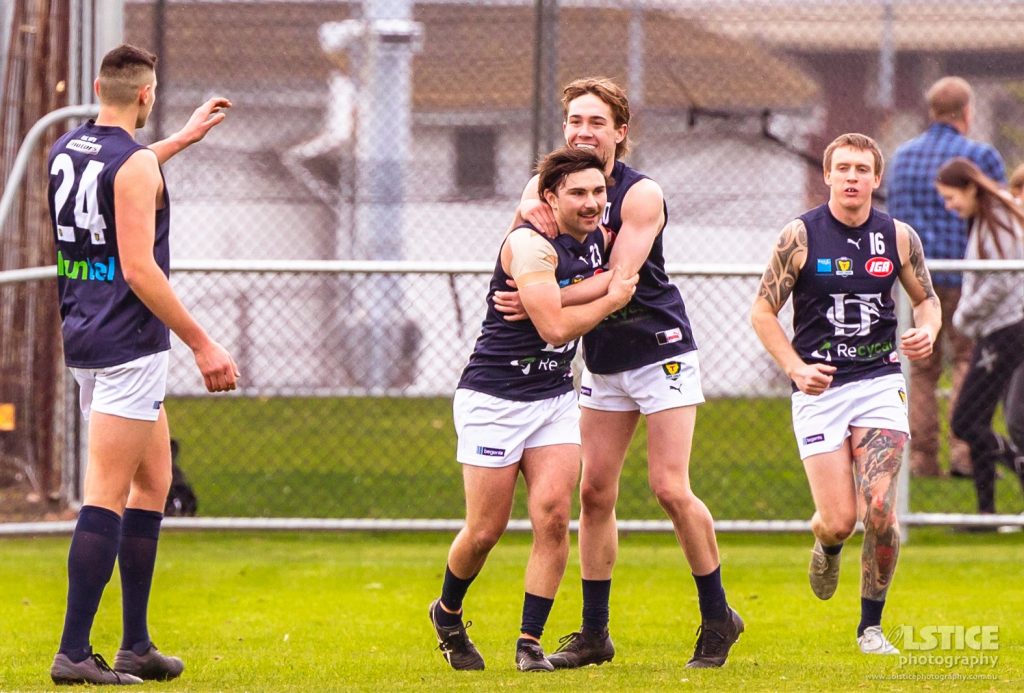 REIGNING premiers North Launceston got off to a winning start in the Tasmanian Football League (TSL), whilst Lauderdale and Launceston also recorded impressive wins in Round 1 of the competition on the weekend.

North Launceston did not have as convincing of a win as some might have thought in the battle between last year’s top and bottom sides, but the Bombers did control the play for the majority of the contest. Booting five goals to two in the opening half and then holding North Hobart goalless in the third term, North Launceston led by as much as 33 points at the final break. To the Demons’ credit, they never stopped trying, coming hard in the final term to boot the final four goals of the game and restrict the Bombers to just one behind, but fell 10 points short, 6.3 (39) to 7.7 (49).

Taylor Whitford booted two goals in a best on ground performance for the Bombers, while Josh Ponting and Braden Van Buuren were also prolific for the reigning premiers. Young gun key forward Jackson Callow was one of six players to snag a major in the victory, while fellow Tasmania Devils talents in Jake Steele and Jye Menzie both kicked multiple goals for the Demons. Hugh Williams was superb for the Demons in defeat, while AFL Academy Allies’ hub member Patrick Walker was also named among the best.

The most impressive performer of week one was Lauderdale who completely dominated Clarence in the first half to set up a memorable 41-point win. The Bombers booted two goals to zero in the opening term, then piled on five straight goals to 1.1 and opened up a 38-point half-time lead. The Roos booted the only two goals of the third term to give their supporters some hope with a 31-point deficit, but a four goals to two final term in favour of Lauderdale snuffed out any hope of a comeback in the 11.10 (76) to 5.5 (35) victory.

Toutai Havea booted three majors to lead the goalkicking stakes after Round 1, but he was far from alone in the red and black, as Jake Dance, Alex Hevey and Tyler Martin all snagged multiple majors. Will Poland was named best-on in the win, while Josh McGuinness and Haydn Smith were also busy. For the Roos, Jarrod Harper stepped up to be best-on for his side, while AFL Academy hub member Oliver Davis was also strong in the inside along with bottom-age talent Sam Banks, and over-age talent Ethan Jackson. Jeromey Webberley was the sole multiple goal kicker for Clarence with two.

In the third game of the round, an inaccurate Launceston kicked away in the final term to secure a 26-point win over Glenorchy. The Blues and Magpies were neck and neck for the most part in the first half, with the Blues’ six extra behinds the difference at half-time. Kicking the only goal of the third term, Launceston kept the Magpies scoreless to extend the lead out to 15, then booted the only two goals of the last quarter to win, 7.13 (55) to 4.5 (29).

Brodie Palfreyman was the sole multiple goal kicker for the game, snagging two for the winners. Jake Smith and Jamieson House were named among the best for the Blues, while a number of young talents such as Jared Dakin ran out for Launceston. Glenorchy had four individual goalkickers including the two named in the best in Adam Roberts and Mitchell Rainbird while James Deegan and Brady Williams were also named among the Magpies’ best.

Next week sees Tigers join the competition after a Round 1 bye to face off against North Hobart in what looms to be an interesting matchup. The match of the round should be the Battle of Launceston when the Blues face the Bombers, while in the other game Lauderdale hosts Glenorchy. Clarence has the the bye in Round 2 to try and work on a few things following the Round 1 defeat.

SCOUTING NOTES ON SOME OF THE YOUNG ACADEMY TALENTS:

Another typical Callow performance where he marked everything in sight and when he is on the lead you can bank on him taking the mark with his hands sticking to the ball like glue. He was a great target all day, he kicked only the one goal but had more opportunities to have a bigger day on the scoreboard so was still dangerous.

Collins played like he does every week, and he relished the opportunity to play against experienced hardened bodies where his contested game and defensive efforts came to the fold. Collins looked great early showing good intent at the ball and the man with some strong tackles and spoils, he also showed great composure and played with more confidence than even some of the senior players.

Walker looked classy on the wing winning plenty of the ball and using it well by foot often hitting long accurate passes and gave a good mix to his side. Walker mostly played down back last year but looks just as comfortable up the ground and it was an impressive senior debut.

Davis was given reigns to play in the midfield despite being a younger and lighter player at senior level but more than held his own with his timing at stoppages and willingness to win the hard ball and get the ball moving forward. Not a massive game stats wise but will improve at the level with more time.

Banks is Tasmania’s leading prospect for the 2021 draft and already playing senior football for Clarence just goes to show why, Banks looks bigger this time around and certainly didn’t look out of his depth at the level. Banks played on the wing and positioned himself well around the ground, he managed to sneak forward and kick a nice set shot goal.