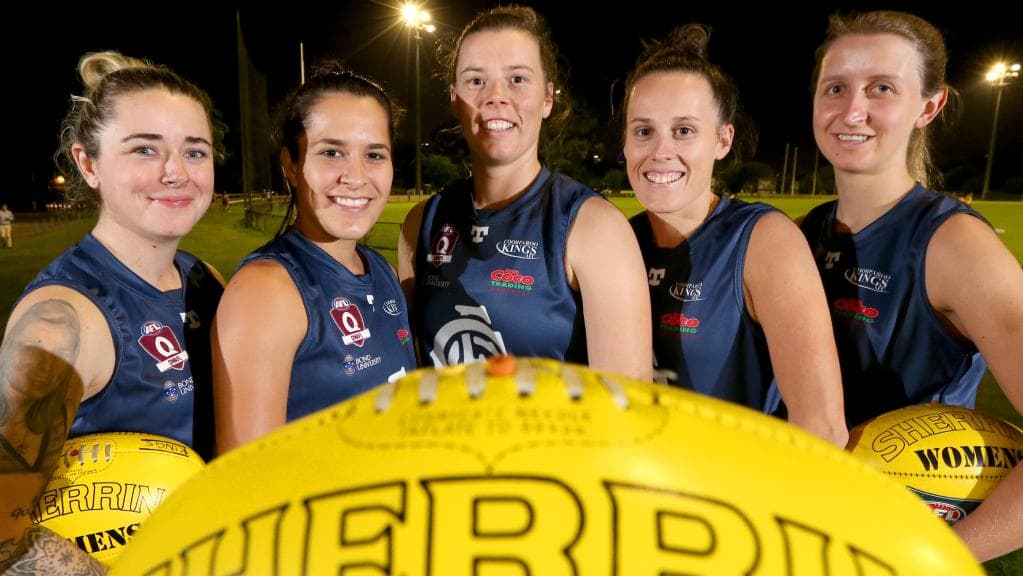 The Kings had started the season slow, but the return of some of the Lions’ top talents reinvigorated the side and were far too classy for the Hornets on the road. Jess Wuetschner – who has spent time at both ends in the past – returned to the forward line where she slotted four goals, while Ally Anderson was best on ground during the 14.9 (93) to 0.0 (0) win.

Coorparoo kept the Hornets scoreless throughout the contest and after Aspley had seemingly slowed the momentum in the middle two quarters – only conceding two goals in each quarter – the Kings put the foot down to pile on six goals in the final term to run away with the match. Chelsea Chesterfield booted three goals and Tori Groves-Little snatched two, while Emma Zielke and Brooke Spence were also among the Kings’ best in the win. Angela Lingard and Courtney Daniec were named as the Hornets’ best in the defeat.

Reigning premiers Bond University used its AFL Women’s stars to inflict Coolangatta Tweed’s first loss of the season. The Sharkettes moved to just two points behind the Bluebirds with the 4.9 (33) to 1.3 (9) triumph, doing all their work in the first half. Booting 4.4 to 0.2 by half-time, Bond University failed to kick a major in the second half, but restricted Coolangatta Tweed to just the one anyway – Selina Priest – to secure the four-goal victory.

Taylor Smith booted two majors in the win, while AFL Women’s Academy’s Tegan Levi, and Shannon Danckert scored the others. It was the work of former Queensland Most Valuable Player (MVP) at Under 18s level, Ellie Hampson who stood tall in the win, named best on ground amongst some other young talents in Annise Bradfield and Annie Muir. The Bluebirds had the likes of Leah Kaslar, Sally Riley and Hannah Dunn on their team, but could not maintain their unbeaten run against a strong Sharkettes side.

The Coolangatta Tweed loss left Maroochydore as the sole undefeated team in season 2020, pushing on to record a 26-point victory over Wilston Grange. The Roos started slowly to trail by four points at the first break, before booting three goals to one in the second term to hit the front by 10 points at half-time. Holding the Gorillas to just one behind in the second half, Maroochydore booted 2.5 to win 6.10 (46) to 3.2 (20).

Shannon Campbell was prolific up forward with three goals and named among the best, while it was the work of young stars, Isabel Dawes and Lily Postlethwaite who shone, playing well through the midfield. Rachel Crack was named best-on for the Roos, who managed to penetrate a defence led by Brisbane All-Australian key defender, Kate Lutkins. She stood tall despite the defeat – even booting a goal – whilst fellow Lion, Catherine Svarc also booted a goal and was named in the best. Eloise O’Connor and Lucia Liessi were other Gorillas who impressed in the loss.

The final match to report on was the no-winners draw between Yeronga South Brisbane and University of Queensland. The Devils headed into the clash with a 2-1 record, whilst the Red Lionesses had struggled to start the year after three consecutive losses. Welcoming back a number of top AFL Women’s talents, the University of Queensland was expected to lift, and the Red Lionesses certainly did that with an impressive performance. Trailing by eight points at half-time, they booted two goals to one in the third term to draw level by the final break, which also ended up being the final scores during the 3.8 (26) apiece draw.

Greta Bodey, Dakota Davidson and Lauren Middleton all booted goals in the draw, while Breanna Koenen and Megan Hunt were named the Red Lionesses’ top players. For Yeronga South Brisbane, a number of talented players took to the field in the draw such as AFL Women’s National Academy member, Zimmorlei Farquharson as well as AFL Women’s talents Emily Bates, and Jacqui Yorston among others.

Next week, the match of the round belongs to Coorparoo and Coolangatta Tweed with the resurgent Kings looking to continue their ascent up the ladder, but face an equally talented side in the Bluebirds. The other matches see top of the table Maroochydore travelling to face Yeronga South Brisbane, University of Queensland hosting Wilston Grange, and Bond University looking to apply more pressure to Aspley Hornets.