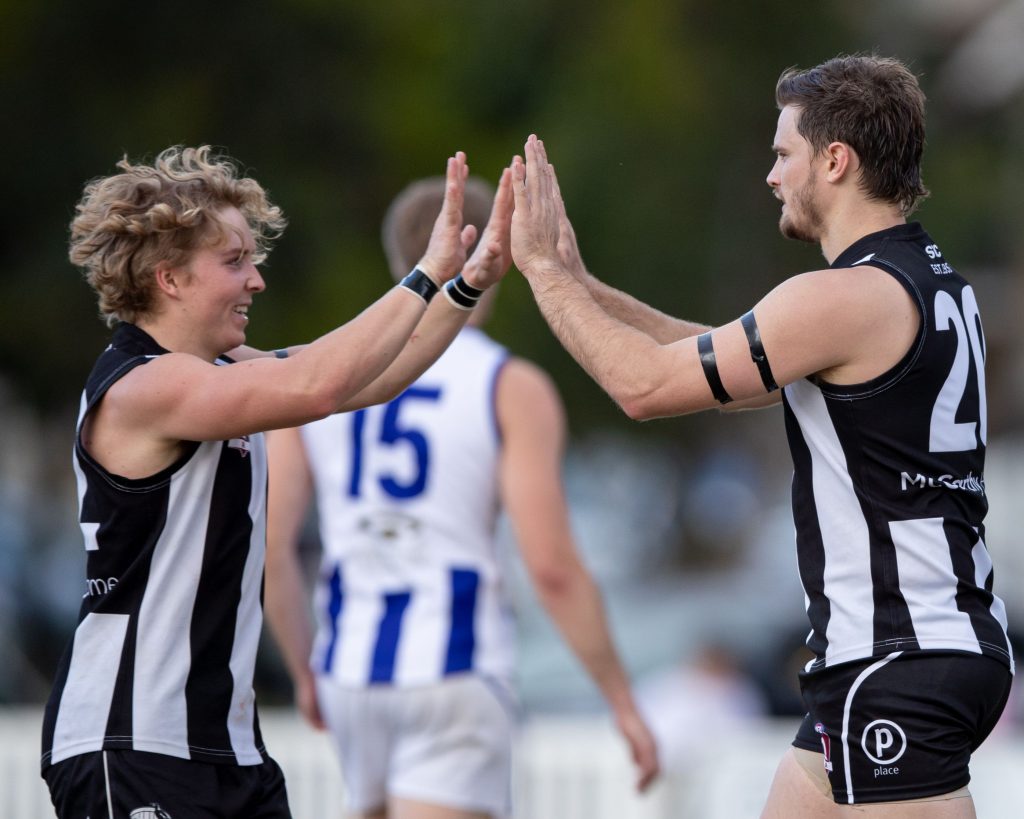 A FOUR quarter performance from Sherwood Magpies has seen them storm to a big 33-point win over Mt Gravatt in the opening round of the Queensland Australian Football League (QAFL). After a tight opening term which resulted in the Magpies leading by eight points at the first break, the home team gained some separation with five gaols to three in the second term. In a mirrored second half to the first half, Sherwood booted nine goals to six to record an 18.13 (121) to 12.6 (78) victory.

Former Brisbane Lions key forward Liam Dawson snagged four goals in the win alongside Brody Lumber, while Claye Beams (three goals) was another former AFL talent on the Magpies’ team. Thomas Baulch was named best on, booting two goals in his side’s win, while William Johnson was the other multiple goalkicker with three. For the Hawks, Michael Doust was one of four multiple goal kickers in the 33-point defeat, as Gareth Hunt and Ethan Kerr were nominated as Mt Gravatt’s best.

Meanwhile the most talked about match of the round turned into a fizzer, with last year’s runners-up, Palm Beach Currumbin easily accounting for reigning premiers Surfers Paradise in the grand final rematch. Mitchell Johnson snagged four goals for the winners, as former Gold Coast Suns’ forward Ashton Crossley kicked a major. Brock Askey (two goals) and Jonathan Croad (one) were among the best. Queensland teenager Max Pescud got on the board for the Demons with a major, one of five individual goalkickers, while Jack Yelland and Matthew Green were Surfers Paradise’s best on the day.

Morningside also accounted for Labrador thanks to a five goals to two final term, kicking away in the last quarter to run out 13.9 (87) to 9.10 (64) winners. At the 13-minute mark of the final term, a fourth goal to former Lion Bryce Retzlaff drew the Tigers within five points, before the Panthers kicked away with the last three goals of the match, including a fifth goal to another former Lion in Matt Hammelmann. He was named in the best along with Jack Rolls (two goals) while top-age talent and Brisbane Lions’ Academy young gun Blake Coleman snagged a goal in the win. For the Tigers, Alex McKay and Fraser Thurlow were deemed the top players.

In the tightest contest of the round, Maroochydore got off to a perfect start with a 12-point triumph over Wilston Grange. The Roos held the Gorillas scoreless in the first term and led by 21 points at the main break before the visiting side hit back. Wilston Grange drew within 12 points at three quarter time, and kept closing within seven points in the final term, but could not quite bridge the gap. Mitchell Scholard booted three goals in the win, while young Brisbane Lions Academy talent Carter Michael was named in the best along with Josh Govan and Jacob Simpson. Corey Gladdish, Kuot Thok and Luca Mason all booted goals for the Gorillas and were named in the best despite the defeat.