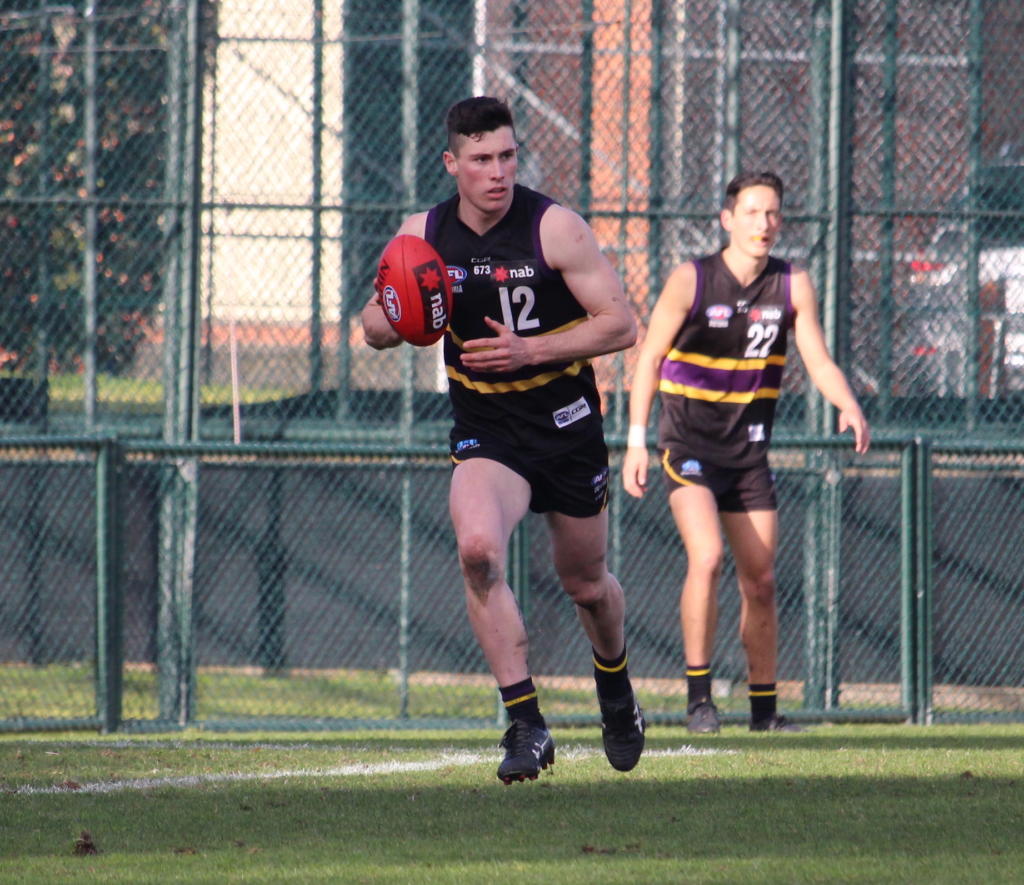 MURRAY Bushrangers ended Round 15 of last year’s NAB League season as the only side to pick up a win on home turf, with four travelling teams making their away trips memorable ones across a shortened, five-game round. Five unique venues were also used over the eventful weekend, and Sandringham took a major leap towards the top three as Oakleigh and Eastern were among the three regions to enjoy a bye.

The Dragons’ move into third spot came on the back of a 65-point thumping of Tasmania on the Apple Isle, with the Devils unable to thwart their opponents’ scoring power. It didn’t take long for Sandringham to click into gear, setting up a handy 31-point margin at the main break, and doubling it over the course of the second half to win comfortably in a consistent effort.

Gippsland kept the ball rolling for away sides as it travelled to Dandenong’s Shepley Oval to take on the Stingrays. Akin to Sandringham, the Power got ahead early and never looked back, coasting home comfortably to a 34-point victory. After conceding a 33-point deficit to half time, the Stingrays had more than enough opportunities to get back into the contest, but could only manage 1.9 in the third term while keeping Gippsland goalless. It proved costly, as the Power got off the ropes to recover in the final quarter.

Future Fremantle young gun Hayden Young led all comers with 26 disposals and a goal, with Ned Cahill the next best on 22. Clayton Gay was a culprit of Stingrays’ the inaccuracy with four behinds, but got in the right areas, while Lachlan Williams and Will Bravo booted multiple goals for the Stingrays. Speaking of, Harvey Neocleous notched a game-high three majors for Gippsland, while skipper Brock Smith 22 disposals) and Sam Flanders (21) were among their side’s better ball winners. Ryan Sparkes led the way though with 23 touches.

In another Country-based fixture, Murray got the better of Western, credit to a resounding performance in the forward half. The Bushrangers booted 18.13 (121) to blow the Jets away by 72 points, booting at least four goals in each of the first three terms to set up the big victory. The Jets won some ground back in the final period of play after managing a goal per the previous quarters, and booted four majors to Murray’s two.

A 16-year-old star in Josh Rachele did plenty of damage with three goals from 21 disposals, alongside Jimmy Boyer‘s effort of 26 disposals and three goals. Remarkably, Western’s Josh Honey matched their feat in front of goal, contributing a third of Western’s total scoring shots. Cam Wild led all comers with 29 disposals, while Lachlan Ash (26 disposals, one goal) was in the thick of things, and Jets bottom-ager Cody Raak (24 disposals, 11 rebound 50s) was kept busy down back.

Bendigo’s road trip to Preston proved a fruitful one, as the Pioneers notched a brilliant upset win over Northern. After a tight first half which saw Bendigo claim the slight edge, a three-goal to one third quarter put the Pioneers 24 points ahead heading into the last turn. The Knights would do their best to sneak back into the game, but the away side had all the answers and ran away with the 37-point triumph.

One positive on the day for Northern was the emergence of Nikolas Cox in a true key position role, as he booted four goals to be the game’s most dangerous forward. Bendigo’s Jack Evans was the only other multiple goalkicker (two), as Knights pair Justin Davies and Sunny Brazier led the ball winning stakes with 24 touches each. Carlton draftee Sam Philp collected 22 disposals, while Swans recruit Brady Rowles looked threatening in his 11-disposal effort.

The final game of the round produced a thriller, as Calder snuck over the line against the Greater Western Victoria (GWV) Rebels at Mars Stadium. The game was only ever edged in the Rebels’ favour by a margin of one to two goals, but they seemed the superior side on the day and could have been even further ahead if not for some inaccuracy. The Cannons took full toll, booting three goals to one in the final term to snatch a four-point win.

Former Essendon father-son prospect Mason Fletcher came up clutch with three goals, matched by teammate Ned Gentile. Three Rebels booted multiples, while Collingwood draftee Jay Rantall dominated with a game-high 35 disposals. The cream had clearly risen to the top as Sam Ramsay followed with 33 touches, as the pair displayed all of the traits which saw them bolt into AFL Draft calculations.