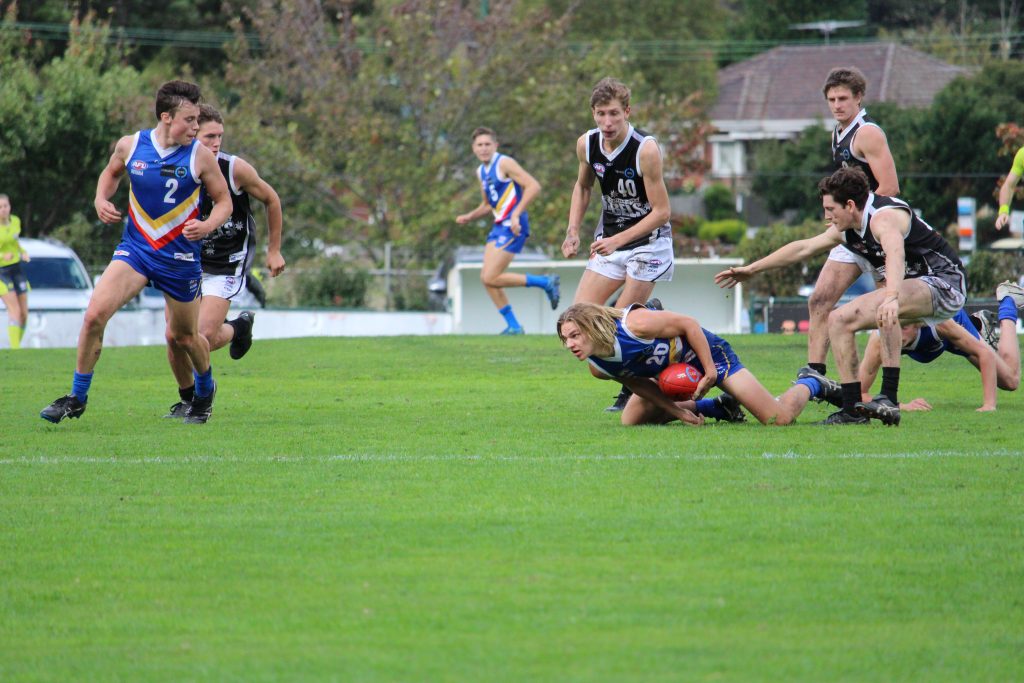 IF you are missing footy like we are, then let us somewhat salvage that with a look back in a new series of Classic Contests. In today’s contest we look at one of the would-have-been Round 14 clashes in the NAB League this year between the Eastern Ranges and Greater Western Victoria (GWV) Rebels. In this edition, we wind the clock back to 2016, when some star studded sides faced off – and the Rebels were known as North Ballarat – in what turned into a thriller at Box Hill.

Two sides that were battling it out in the mid-table logjam early in the season were North Ballarat Rebels and Eastern Ranges. Coming into the clash between the sides at Box Hill, they were sitting fifth and sixth respectively, and had some serious top-end talent on their lists. Whilst a combined nine players from the match would go onto be drafted, there were a lot more who joined the AFL ranks from the respective lists that did not run out onto the field for the Round 6 match.

The winner of the match would at least be secure in the top five by four points, as both teams were locked on 16 points – four wins from seven matches – with Oakleigh Chargers the third side with the same win-loss ratio. All three sides were eight points clear of three other teams, as well as Queensland who had played a couple of invitational games in the TAC Cup that year.

The match started with the Rebels having all the momentum, booting five goals to two in the opening term and stunning the home side to lead by 17 points at the first break. They stormed to an even bigger lead by half-time as fans witnessed an 11-goal second quarter. The Rebels kicked six goals to five as both teams showed off their impressive forward lines. Trailing by 25 points at the main break, the Ranges fought back to cut the final quarter deficit to a solitary kick. In a see-sawing second half and final term, neither side would give an inch up until the final siren with the Rebels eventually getting up by eight points.

By season’s end, North Ballarat Rebels would finish third on the table, but eventually would drop out in straight sets, losing to Geelong Falcons in the qualifying final at the same venue – Box Hill – where Max Augerinos tagged Hugh McCluggage out of the game. The Rebels would then go on to bow out at the hands of Oakleigh Chargers by a kick the next week missing a host of players. Eastern Ranges would scrape into the finals series but fall agonisingly short, losing to Sandringham Dragons by two points in one of the best finals games in recent times.