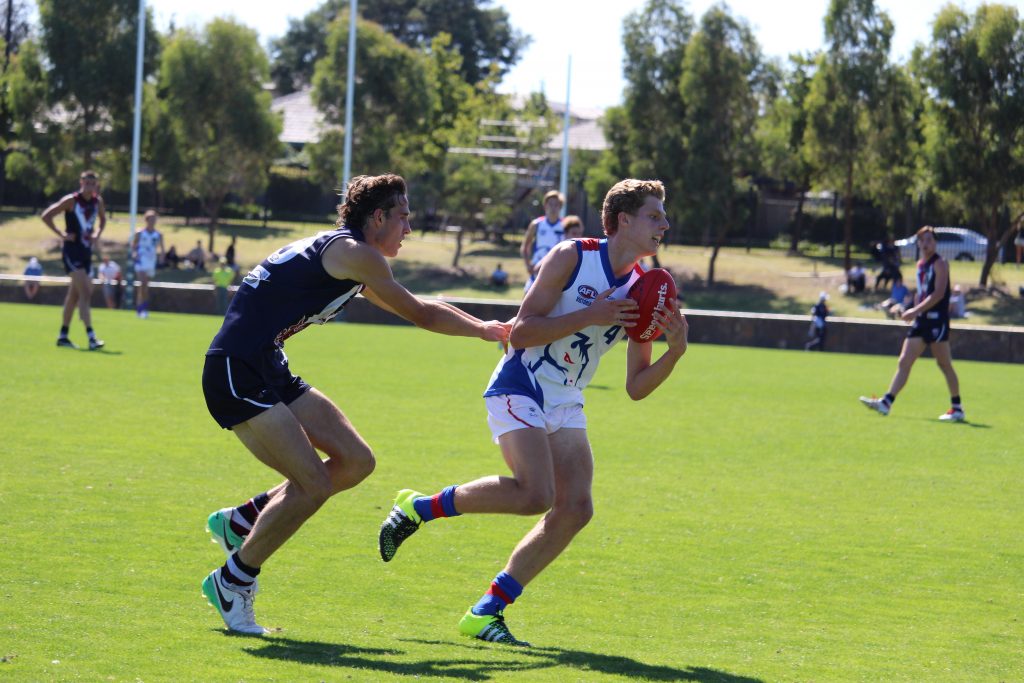 ROUND 6 of the AFL Premiership Season got underway last night, with a grand total of zero newcomers making it onto centre stage. That is all about to change though, with both Collingwood and Hawthorn naming two debutants each for their Friday night clash, leading a list of 11 total fresh faces named across the league. There could also be three club debuts throughout the weekend, pending the culling of extended squads. We take you through the list and give a little reminder of what each player may bring to the table.

Collingwood pulled a selection stunner in naming a pair of untried second year players, which was then matched by Hawthorn’s inclusion of its first year pair. The Pies pair both already had ties to the club upon being drafted, with Atu Bosenavulagi a Next Generation Academy (NGA) product, and Will Kelly a father-son prospect. Both continue the rich link between Oakleigh Chargers and Collingwood, with fellow Chargers graduate Isaac Quaynor also slotting into the lineup.

Bosenavulagi is a pressure small forward who should maintain the pace at ground level for his side, while adding a different dimension when the ball hits the deck. His goal sense, agility, and smarts inside 50 should make for good viewing when he gets into a flow. Despite being drafted as a key position defender, Kelly has made the transition to the forwardline, and will add even more height alongside Mason Cox and Brody Mihocek, with his point of difference being sound foot skills.

For Hawthorn, Will Day was a speculative, high upside pick in last year’s first round, and the faith shown in him is obviously quite high given his relatively early debut. He should provide some much-needed athleticism and class on the outside for the Hawks. Josh Morris is the other newcomer, a fellow South Australian with plenty of potential. His pace in the forward 50 will be eye-catching, and he loves popping up with a goal or two.

After narrowly failing to make the cut on an extended bench for last week’s clash with Fremantle, Andrew McPherson is set to become the latest Adelaide debutant, as the Crows ready to face West Coast. It has been a long time coming for the 21-year-old, who was taken with pick 40 in the 2017 National AFL Draft despite missing large chunks of his top-age year through injury. His endurance is a standout feature, and he has the right traits to take to the elite level comfortably.

Izak Rankine will make his long-awaited debut on Saturday, putting behind him an arduous run with injury in his short AFL career. The 2018 number three pick was an electrifying junior, able to win games off his own boot with masterful work around goal and terrific athletic attributes. He slots straight into the SUNS forward line, and will look to emulate the success of outgoing 2019 number one pick, Matt Rowell on the big stage. He may not see a heap of the ball, but you’ll definitely know when he has it.

Sydney is set to become the second side in Round 6 to blood a pair of debutants, with 2019 draftees Dylan Stephens and Chad Warner already given the news of their AFL berths. Stephens was the Swans’ first pick in last year’s intake, and had already gained a taste of senior football in his top-age season at Norwood. He slots in on the wing, but boasts a brilliant balance of inside and outside traits which should see him adjust with aplomb. Warner, another midfielder, was a standout for Western Australia during the 2019 national carnival, and is a hardened ball winner who suits the Sydney ethos nicely.

For Richmond, Riley Collier-Dawkins looms as one of five potential inclusions, but will have to compete with a list of seven others named on the Tigers’ extended bench. The 191cm midfielder/forward was a selection made on upside in the 2018 National Draft, with the Tigers using pick 20 on the Oakleigh product. He showed good form at VFL level in 2019, but the Richmond side is a tough nut to crack. Should he get an opportunity, look for his clean hands at stoppages and overhead ability up forward to be key features.

Cal Porter and Jordon Sweet will both be hoping to squeeze into the Western Bulldogs lineup having been named on an eight-man interchange. Porter, a medium sized midfielder, was a late pick in the 2017 National Draft, but has been made to wait for his chance at senior level. His kick penetration and contested work are outstanding facets of his game, and he looks to be a more consistent product having made the long run. Sweet is a 203cm ruck/forward from the 2018 crop, who may also get an opportunity after cutting his teeth in the SANFL and VFL. Tim English has bossed the ruck duties thus far, but a chop-out could come in the form of the South Australian bigman.