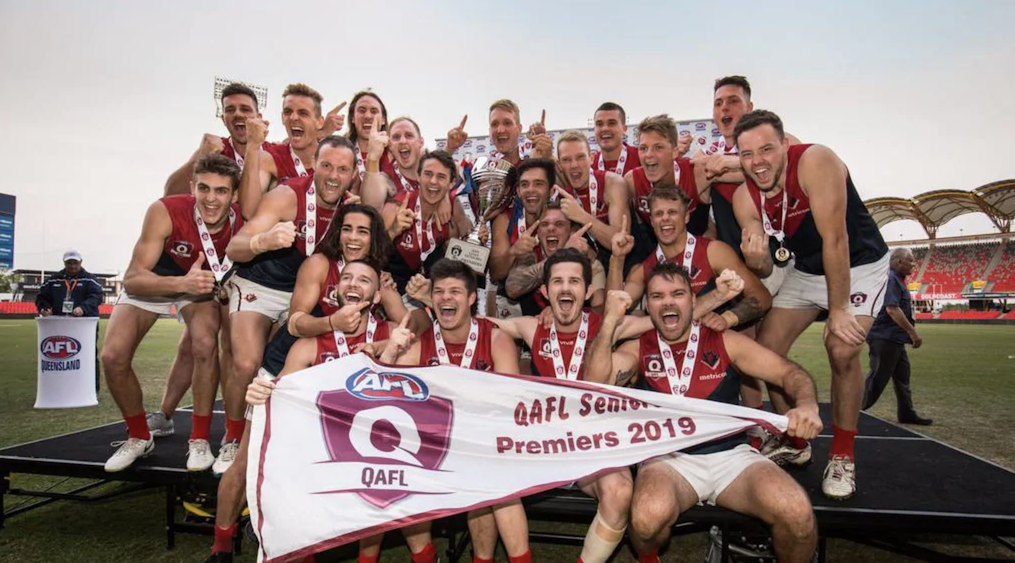 AFTER an extended break, the 10 Queensland Australian Football League (QAFL) teams are preparing to run out for the first time in 2020 this weekend. The nine teams are comprised of four Brisbane sides, four Gold Coast teams and one Sunshine Coast side. Sandhurst Hawks competed in 2019, but withdrew from the competition for 2020 late last year.

Last year, Surfers Paradise Demons triumphed in the grand final over Palm Beach Currumbin. The Demons stopped their opponents from winning a three-peat after successfully claiming the 2017-18 flags. It was the fourth consecutive grand final for the Lions who went 2-2 from the reign at the top, while for the Demons, it was a historic moment to take out their first ever flag since competing in the previous Gold Coast AFL competition. Palm Beach Currumbin’s back-to-back titles are the only two on record for the Lions as well, showing a shift in the success for teams of late.

Overall of the current teams in the top grade, Southport leads the way with 13 premierships, only two behind Mayne, a side that won its last in 1982 and currently plays in the Queensland Football Association (QFA) North. Next up is Morningside with nine flags and Coorparoo with six, whilst Broadbeach and Maroochydore remain the only two sides yet to taste premiership glory in the top grade. Wilston Grange has the longest premiership drought of the lot, with Gorillas fans having to go back to 1972 for their last flag.

Throwback to last year and the eventual premiers, Surfers Paradise finished second on the table behind their grand finalists, Palm Beach Currumbin. Morningside was behind the Demons on percentage still notching up 12 wins, while Broadbeach sat fourth two wins behind third, but with a higher percentage. Mt Gravatt was in fifth, but 12 points behind in the standings.

Round 1 takes place this Saturday with Broadbeach having the first bye of the new nine-round season where each team plays every other team once. The top six make the finals, with the top two given the first week of finals off, to play the winners of the elimination semi-finals of third to sixth placings. The QAFL Grand Final will take place on Saturday, September 26.

Reigning champion Surfers Paradise opens its account against Palm Beach Currumbin in a massive grand final rematch at Sir Bruce Small Park. It leads a host of big games, including Sherwood up against Mt Gravatt, Morningside taking on Labrador and Maroochydore facing off against Wilston Grange.

In terms of the young guns coming through the AFL Academy Allies’ hub, potential first round pick, Alex Davies is aligned to Broadbeach, along with Aidan Fyfe, while Morningside had a talented duo in Blake Coleman and Saxon Crozier. Jack Johnston is a Palm Beach Currumbin player, whilst Carter Michael represents Maroochydore. Noah McFadyen (Wilston Grange), Rhys Nicholls (Labrador) and Jack Briskey (Western Magpies) are all aligned to clubs there, whilst Tahj Abberley won a Rising Star nomination for Sandgate but of course the Hawks will no longer be competing in the top tier this season.