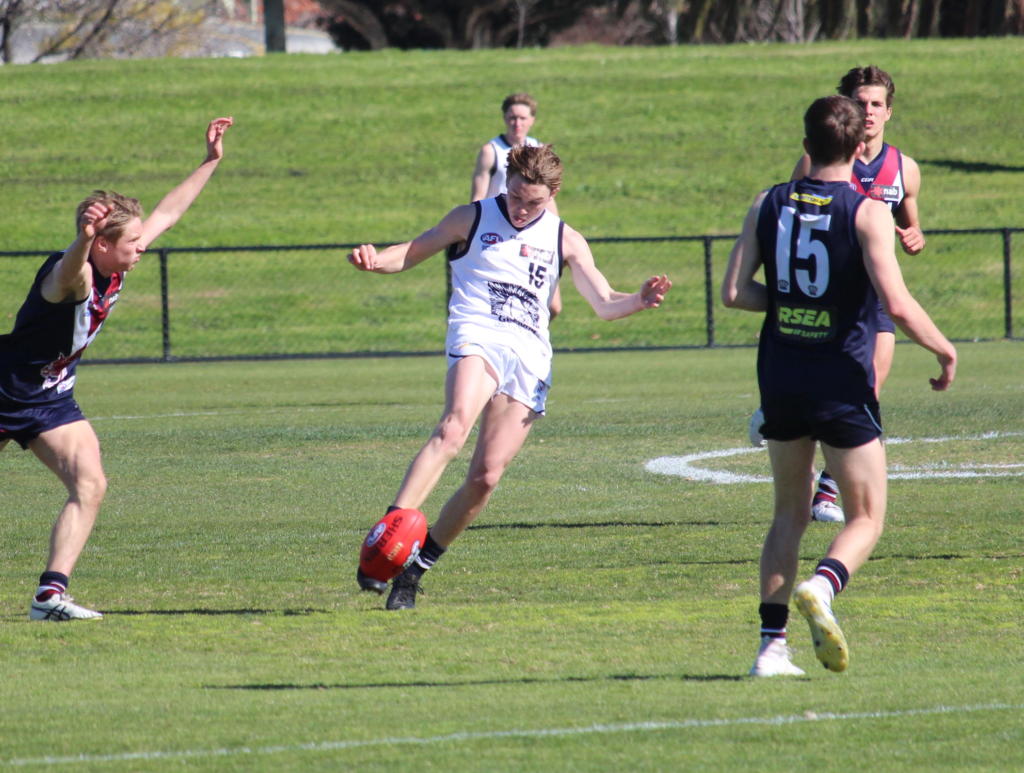 Next under the microscope in our AFL Draft watch is Geelong Falcons’ Tanner Bruhn, a classy midfielder who remains a first round prospect despite recurring injury bouts. After earning Under 16 All Australian honours as Vic Country’s MVP in 2018, Bruhn broke through for four outings with the Falcons and was primed for a big bottom-age year. A preseason knee injury would momentarily halt his journey, before making a successful return to action in the last two NAB League rounds.

Bruhn may well be a benefactor of the extended lay-off in 2020 given preseason knee surgery would have had him in doubt for the early rounds, and there are plenty who are keen to see him in action. While he remains more of an inside type, Bruhn does not simply rely on strength at the contest, with his agility, smarts, and expert extraction allowing him to rack up big numbers and prove a match winner from the engine room. With an extended run, the Falcons star could well push for top five contention come season’s end given his immense ability.

Quiet game in realistically what was his third elite level game since a long-term injury. He showed good strength early to get a handball away whilst being tackled in the middle, and had a shot on goal in the opening term but was run down inside 50 by Sam Collins before he could.

NAB League Wildcard Round vs. Sandringham

One of Geelong’s only forms of resistance through a midfield that was soundly beaten, Bruhn continues to show no signs of wear from his long-term injury layoff. The bottom-ager had some promising moments at stoppages, winning the first clear disposals at the opening centre bounces of the first and second terms. His clearance work is already sound and he looked unfazed by Sandringham’s bigger bodies, digging in where he could and zipping away with his first few steps. He also provided good drive forward by foot and chipped in with a goal in the third term from close range. Has a wealth of potential and should lead Geelong’s strong bottom-age core into next year.

NAB League Round 17 vs. Dandenong

Returning from a long-term injury, Bruhn showed all of his class in the forward half, booting a couple of goals and could have had another one early in the game with the set shot that swung to the right from 35 metres out. He snapped a goal off a step in the last minute of the opening term, then kicked an unbelievable goal in the third term, taking a step of two and snapping under pressure from 40m out to put it straight through the middle. He had nice composure and poise with his disposals around the ground. A top-end talent for next year and hopefully can stay injury free.