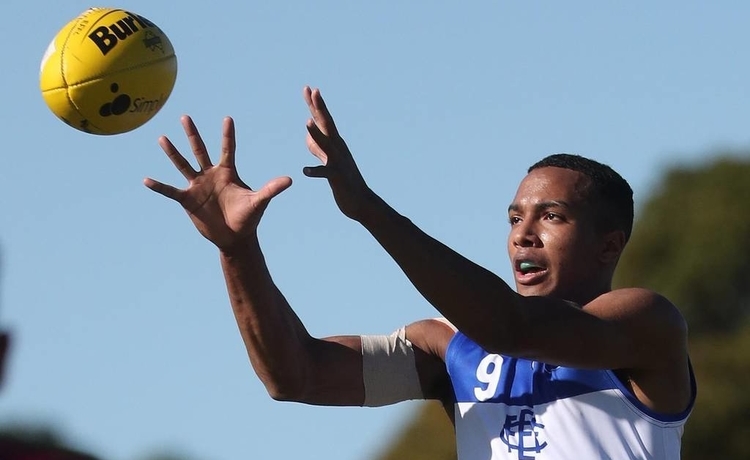 WHILE East Fremantle has proven somewhat of a footy factory over the past few years, the Sharks have not quite been able to translate their junior production line to senior success in the West Australian Football League (WAFL). Coming off an eighth place finish at League level in 2019 and five seasons without finals, Bill Monaghan‘s troops will be looking to improve on their five-win campaign last time out.

The Reserves side fared much better as the sole Sharks unit to make finals, finishing fourth on the back of a positive 9-7 record. An exciting finals run ensued, before East Perth ended any hope of a 2’s flag at the preliminary final stage. Despite having a massive five players drafted last year from its Colts squad, including third pick Luke Jackson, the Sharks could only muster a seventh place finish in the junior grade at 6-10, with disruptions to the immense top-end talent proving costly.

If preseason form is anything to go by, there should be some improvement from the Sharks in 2020, with the League boys pushing 2019 finalist Claremont to within a goal, while the Reserves got one over the Tigers’ 2’s to the tune of 28 points. All three levels will run out for their final preseason dig on Saturday, July 11, set to measure themselves against the strong Subiaco squads before taking on South Fremantle the following week in Round 1.

Bigman Jonathon Griffin will again lead the Sharks out in 2020, flanked by last year’s leading goalkicker and fellow former Docker, Luke Strnadica. 2019 club champion Matthew Jupp will look to back up his outstanding year in the blue and white, while the likes of Jarrad Jansen, Blaine Boekhorst, and Cameron Eardley are also set play key roles once again.

The Sharks won out in the tug-of-war for former Perth utility Cody Leggett, who looked like being left in limbo for some time as the Demons initially denied his transfer request. He’ll add some great depth and experience to the squad, while a couple of former AFL additions also make for promising progression.

Former Sydney rookie Durak Tucker enters the ranks on his return to WA as a talented defender, while developing former West Coast rookie Brodie Riach also joins the club. Jordan Mills is another handy addition to the defensive setup having crossed from West Perth, completing a list of four solid inclusions. The Sharks also lost some personnel post-2019, with 10-year veteran Jack Perham calling time on his career, while James Harrold and Joe Hebiton will pursue interstate opportunities.

The Colts squad is, to no one’s surprise, stacked with draftable talent, led by Fremantle Next Generation Academy prospect, Brandon Walker. The smooth moving medium defender/midfielder boasts terrific athleticism and sharp skills, and his twin brother Christopher is also set to line up for the Sharks once again.

Jack Carroll is another sharp user of the ball, able to play off half-back or through midfield, while inside type Finn Gorringe will be one to operate the engine room. He’ll be aided by bottom-age gun Judd McVee, while fellow AFL Academy hub members Richard Bartlett and Owen Dann can fulfil roles up either end of the ground. Young talent from last year’s crop includes Jai Jackson, Reuben McGuire, and Max Murphy, who should all push for senior selection in 2020.

With another promising batch of juniors and some handy inclusions to the senior ranks, the Sharks will be able to ease the pressure on their experienced leaders and push for marked improvement across each level.