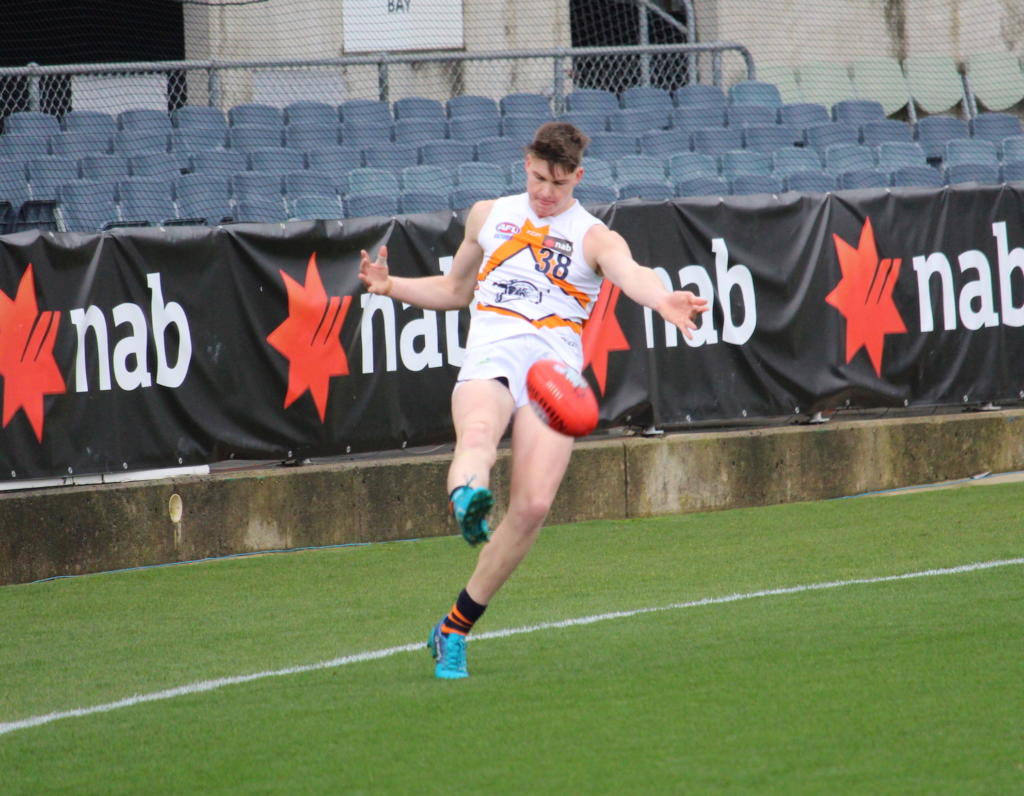 IF you are missing footy like we are, then let us somewhat salvage that with a look back in a new series of Classic Contests. In today’s contest we look at one of the would-have-been Round 14 clashes in the NAB League this year between the Bendigo Pioneers and Calder Cannons. In this edition, we wind the clock back just one year to when the two sides met in early in the season for a low-scoring slog.

There have not exactly been many ‘classic’ contests between these two sides over the past decade, but they got within 16 points of each other in Round 6 of last year’s NAB League season in a decent showing. The Cannons were beginning to shake off a slow start to their campaign, improving to 2-3 with a win over Geelong in Round 5. Conversely, Bendigo was beginning to slide after a rampant 2-0 start, sitting at 2-2 with a bye in tow.

The Cannons may have been missing a couple of their eventual, surprise draftees, but would go into the clash boasting most of its top-end talent at the time. Of them, Carlton recruit Sam Ramsay took the field, while Bendigo’s sole draftee on the team sheet was Sydney speedster, Brady Rowles. The absences of key players and first round picks Brodie Kemp and Thomson Dow would prove costly for Bendigo over the stretch, as it looked to reclaim some of its early season form.

True to form, Calder made the hot start with a four goals to one opening term. While Bendigo was accurate with its sole scoring shot for the quarter, the Cannons could only put away four of their seven attempts. It seemed the Cannons were en route to a big win having kept their opponents to just one goal in the second term too, adding another couple themselves to set up a 28-point lead at half-time.

But that was when the Pioneers began to shake off the potential wares of their big road trip, doubling their goal tally in the third term to shave the margin to 21 points heading into the final period of play. Still, they would need to double their tally again to sneak over the line while keeping Calder goalless. Bendigo managed the second feat, but lacked the firepower in tough conditions, falling just under three goals short to the better fancied Cannons.

Former Essendon father-son prospect Mason Fletcher booted two majors in a day which was scare of goals, while midfield ace Daniel Mott also found the goals with one of his game-high 36 disposals. Brodie Newman managed 21 along with 12 marks, while James Schischka (20 disposals) was Bendigo’s leading ball winner. Rowles had one of his more influential outings with a season-high 17 touches, with Ramsay kept to 16 on the opposing side.

The Cannons would go on to finish two games outside of the top three, notching a 9-6 record to sit fifth. After a win in week one of finals, their season would end at the hands of Sandringham in the semi finals. Bendigo failed to make its own post-season splash, bundled out in Wildcard Round after amassing a 5-10 come the end of the regular season.