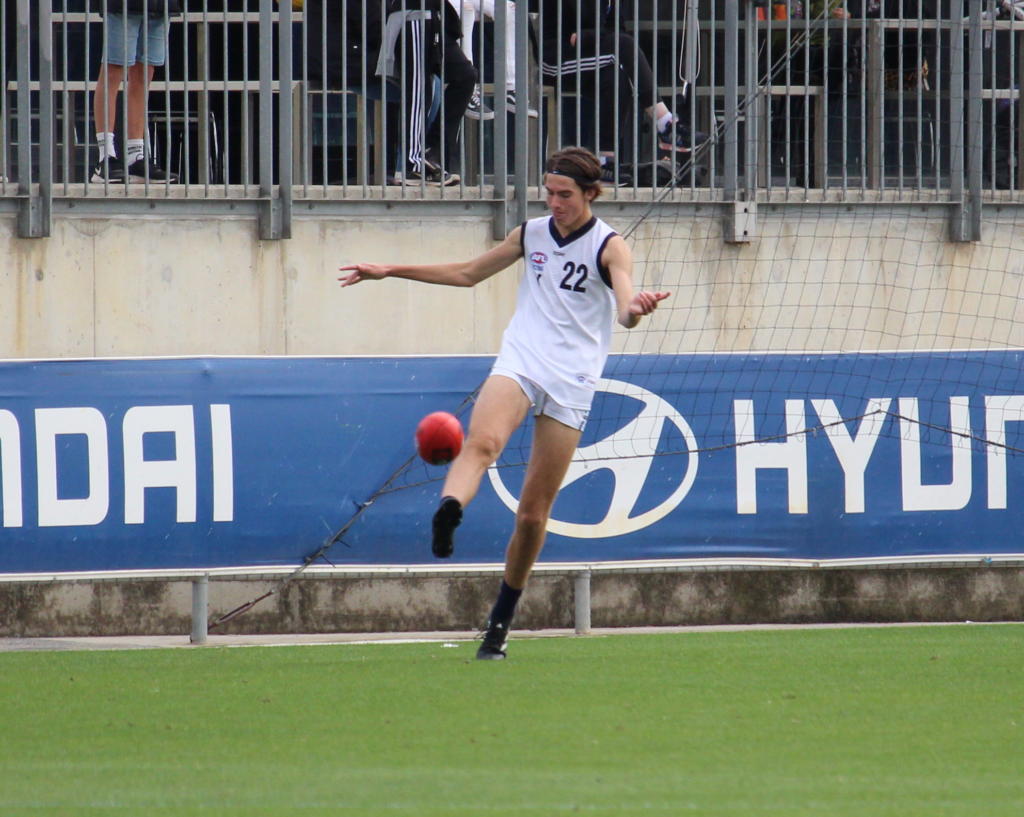 Next under the microscope in our AFL Draft watch is Gippsland Power’s Zach Reid, a mobile key position utility who possesses great skills for a 202cm prospect. Having been tried up either end of the ground and in the ruck over 15 NAB League games last year, Reid looks arguably most comfortable in defence; where he is able to utilise his vertical leap and shrewd reading of the game to make an impact aerially, while also rebounding with aplomb.

The raw, tall draft hopeful could well come into first round contention if he delivers on his potential in 2020, with all the attributes to stand out from the crowd as a key position option. He should again be a mainstay in Gippsland’s side amid the shortened NAB League season, and be a lock for Vic Country’s Under 18 National Championships campaign.

While he spent a bit of time in the ruck, Reid’s best work is arguably always done down back and he proved that again here. He was composed with ball in hand and dished off to his runners well, while also kicking capably on the last line. He capped his game with a strong pack mark in the third term and got involved well in Team Brown’s rebounding efforts.

NAB League Round 12 vs. Geelong

The unlikeliest of heroes found himself kicking the winning goal from 25m out in the dying moments of the match. The consistent full-back went forward late in the game to be a point of difference, and he was certainly that, taking a terrific one-on-one grab straight in front, out-bodying his opponent. He slotted it and teammates came from everywhere to celebrate. In the first three quarters he was his usual unflappable self in defence, using good hands and composure when in the back 50, laying some strong tackles, including one goal-saving one on Oliver Henry in the back pocket.

NAB League Round 8 vs. GWV

Used the ball well in defence and was strong overhead. He seemed to move well around the ground but at times was a tad slow to react and was tackled a couple of times, forcing him to rush his disposal. Reid showed off a nice long, technically sound kick and showed good body work on his opponent one-on-one deep in defence.