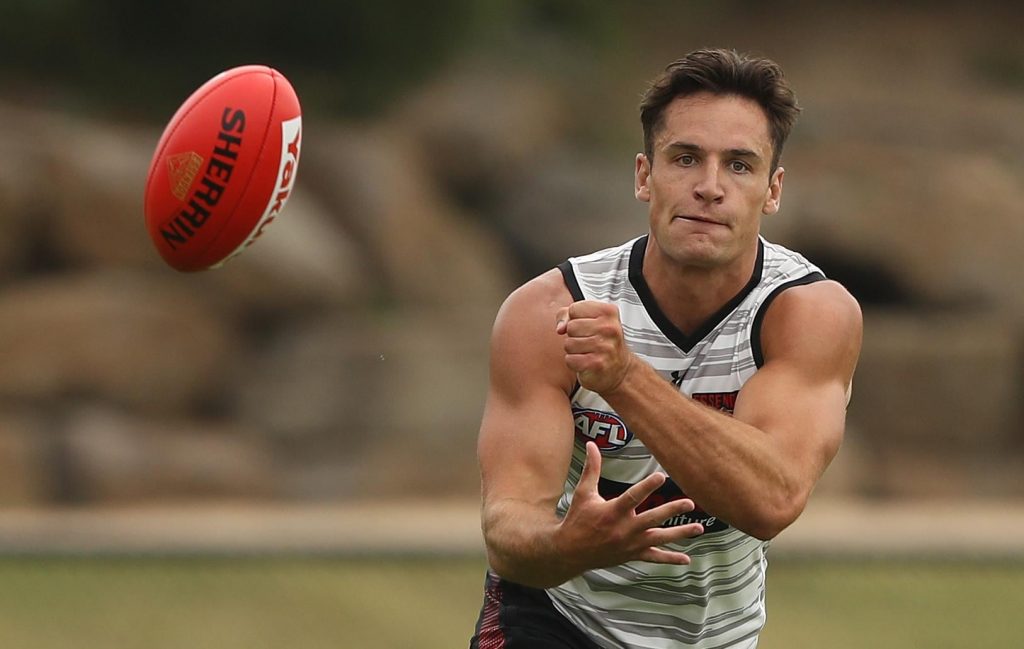 ROUND 5 of the AFL Premiership Season got underway last night, with a late change seeing Northern Knights graduate Sam Philp keep his spot after a Round 4 debut. This weekend, another three newcomers are in line to make their maiden elite-level appearances, while an Essendon pair is set to run out for the Bombers for the first time. We take you through the list and give a little reminder of what each player may bring to the table.

The 23-year-old entered his second chance saloon with Essendon via the 2019 rookie draft, given another crack at the elite level after being cut by North Melbourne at the end of 2018. An outstanding VFL campaign with Williamstown shot the Tasmanian right back into AFL contention, as he looks to build on his four previous career outings.

Hibberd is now a well-built inside midfielder at 190cm, fitting the mould of modern day engine room operators with a good mix of size, speed, and the ability to find the ball. He should prove a handy point of difference in the Essendon midfield, which is quite short in comparison, and in-need of that hardened inside type. With sharp skills and a penetrating boot, Hibberd could also feature on the outside or off half-back.

The former Carlton bigman gets a berth for his new club against arguably the best ruckman in the competition, Brodie Grundy as Essendon takes on Collingwood on Friday night. Tom Bellchambers has been given the axe, although the Bombers would tell you he is being ‘managed’, providing the perfect opportunity for Phillips to finally cement a starting spot at AFL level.

The 29-year-old should be able to compete well in the ruck battles at 201cm, but will be tested around the ground and below his knees by Grundy. Phillips may also be forced to ware on his Collingwood opponents in the role for long periods, with Shaun McKernan Essendon’s only other viable ruck option in the side.

Adelaide fans may well witness yet another 2020 debut, as McPherson awaits confirmation of his spot in the starting side to face Fremantle on Sunday afternoon. He is one of four inclusions named on an extended Crows bench, with no omissions made at this point and gun midfielder Matt Crouch set to return to the line-up after his inglorious axing.

A graduate of the 2017 draft class, McPherson had high hopes billed of him during his top-age year, but missed nearly all of it through injury. Nonetheless, the Crows showed faith in the local talent and snapped him up with pick 40 in the National Draft. He managed nine SANFL outings in 2019 and may get his first crack at the next level at 21 years of age, providing elite endurance and rebound quality from defence.

Having taken the long road to landing on an AFL list, Aarts may finally get his shot at the bigtime on Sunday in Richmond’s clash against Melbourne. The diminutive forward comes in as part of an eight-man Tigers interchange, facing stiff opposition to sneak into the starting 22 as the likes of Sydney Stack and Jack Ross come the other way.

The former VFL Tiger will fit perfectly into his side’s system, providing that relentless, rolling pressure in the forward half and the work rate to push back to goal hard. He is difficult to beat at ground level with this hardness and low centre of gravity, and will undoubtedly look to impact the scoreboard given his smarts around the big sticks. Expect the 25-year-old to hit the ground running once he gets a shot, placing pressure on others of a similar mould among the squad.

One who features on this list for a second week running, Jones will have to compete with four others on Hawthorn’s extended bench to replace the injured Luke Breust and face GWS to see out Round 5. The 20-year-old inside midfielder hails from the Murray region, and has the size to compete at AFL level should he be given the opportunity.

Hawthorn’s midfield is difficult to crack, but fans have been yearning for Jones to be handed a senior berth after he impressed last year in the VFL. He was close then, last week, and will be close now to breaking into the 3-1 Hawks side.