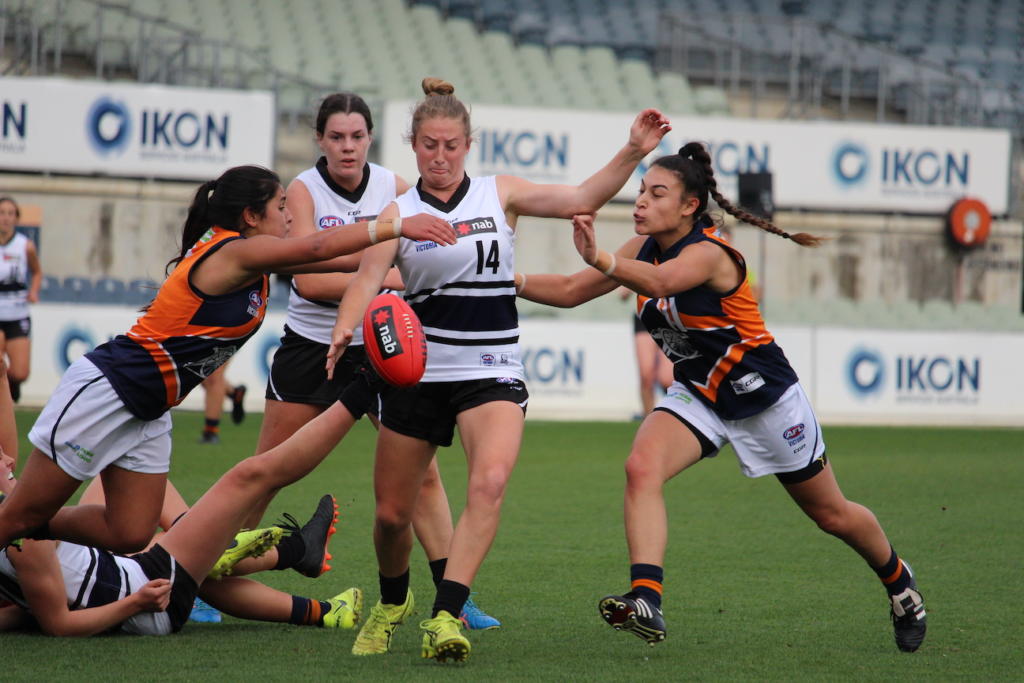 IN a new series focusing on the up and coming AFL Women’s Draft hopefuls, we take a look at some names who would be among their respective states’ top draft prospects for the 2020 AFL Women’s Draft. Next under the microscope is Northern Knights’ Jessica Fitzgerald, a balanced midfield prospect whose NAB League head coach described as their side’s most important player.

Fitzgerald and her Northern Knights teammates have known only one way over the last 18 months – winning. In an inspired 2019 campaign, the metropolitan region went undefeated en route to its maiden NAB League Girls premiership, and Fitzgerald was a key cog in the stacked squad as a middle-ager. Her form was enough to warrant selection in the Vic Metro Under 18 side, another team which Fitzgerald helped to go undefeated last year.

The elite talent pathways are not purely results-based, but it is nice to be able to boast such a record. Arguably the more pleasing factor over the course of Fitzgerald’s junior career has been her ability to impact each side she lines up for, and her rate of development – even from a high level to begin with.

There is no questioning the drive and penetration Fitzgerald brings to the table, able to carve up opposition sides with her line-breaking speed and long boot. While she spent a touch more time on the outside and up forward in 2019, the 18-year-old has thrived in a more permanent inside midfield role thus far as a top-ager. In obtaining the primary ball winning role, Fitzgerald has adapted her pressure around the ball and creative mindset to become one of the more balanced midfielders of her cohort.

It is that exact balance that yielded the ‘most important player’ comment from Marcus Abney-Hastings after Northern’s 2019 grand final triumph, where Fitzgerald was also named best afield. The 166cm goer was her side’s leading ball winner with 15 disposals on that day alongside eventual number one draft pick, Gabby Newton, with her ability to stand up at the important moments an invaluable trait.

Talent aside, it is that kind of form which saw Fitzgerald named the Knights’ co-captain with good mate and midfield partner, Ellie McKenzie for 2020. The pair proved their leadership qualities in Round 3 of this year’s NAB League Girls season against a red-hot Dandenong side; dragging the Knights over the line after trailing at half time with 28 disposals each, while Fitzgerald also bagged two goals.

That game-breaking ability not only makes Northern a fearsome side, but puts Fitzgerald right up there in the top five discussion for her cohort. Her speed-endurance combination, sharpened finish product, and ball winning attributes make for a rare package of talent, with those immeasurable leadership qualities the cherry on top.