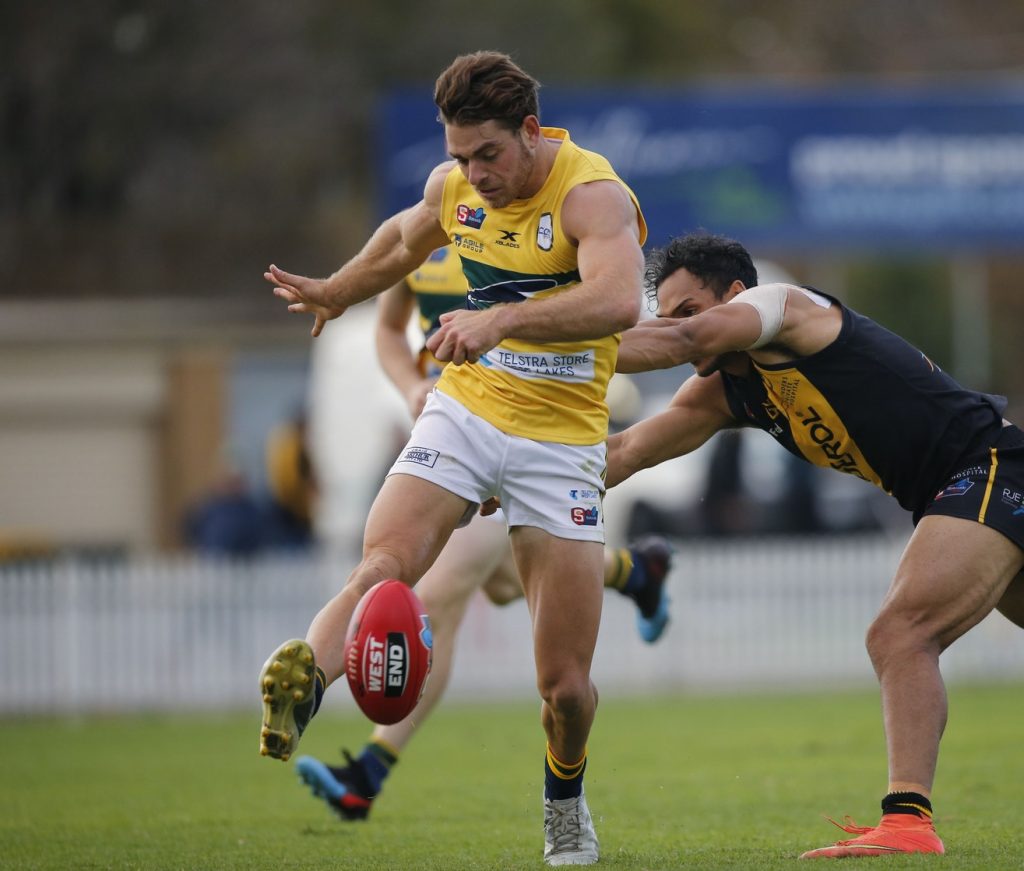 ANOTHER side seeking redemption in 2020 will be Woodville-West Torrens (WWT), led by incoming coach Jade Sheedy and new standalone skipper Luke Thompson after an unexpected SANFL League finals miss in 2019. The Eagles boast plenty of depth and some youngsters ready to crack the senior grades, with their committed leaders also among the best in the competition. We take you through the ins, outs, and important players at WWT this season.

The Eagles’ Reserves and Under 18s may have both made their way to grand final berths in 2019, but the League side missed finals with a negative record (8-10) in its last campaign, and will be keen to jump straight back into the top five. With a coach set to make his senior debut in the role and a new-look leadership group to boot, supporters should be confident of seeing a rise in their sides’ stocks in 2020. WWT is often lauded for its strong depth and junior program, with a bunch of talent again set to emerge after six players moved on to AFL lists last year.

An original list of seven recruits has been adjusted to six on the eve of the season, with Victorian bigman Liam Buxton opting to remain in his home state amid the current climate. A powerful key forward and ruck option, the former Casey Demon was set to provide a crucial outlet for star goalkicker Jack Hayes, who may also rotate through the ruck this season.

Another player set to be challenged in terms of roles is 2019 leading goalkicker James Rowe, who seems poised to spend a touch more time through midfield after catching the eye of AFL recruiters and earning a state combine invite. Rowe was named in last year’s SANFL team of the year alongside former Sydney Swan Jordan Foote, who is also the Eagles’ reigning club champion. The duo is set to run through the engine room alongside the enforcing figure of Jesse Lonergan, who will be third in line as a leader behind Thompson and Joseph Sinor.

In terms of those already within the ranks who could act as new recruits are Jimmy Toumpas and 2019 Under 18 state representative Lachlan McNeil. Toumpas battled injury throughout his return season to WWT last year, running out six times at League level, while McNeil is a ball winning midfielder who notched 13 Reserves appearances in 2019. Jamie Coff could be another youngster to make the step-up to League football alongside McNeil as a key position option. Fan favourite Jared Petrenko could also feature late in the year, but in not fully committed to playing as of yet having discussed the possibility of returning in a mentor role.

Adding to the youthful depth of the squad are a range of fresh recruits, with the return of Eagles junior Kai Pudney also a welcome addition. Pudney spent just one year on Port Adelaide’s rookie list before making his way back to Woodville Oval. Rhyan Mansell, the cousin of North Melbourne youngster Tarryn Thomas makes his way over from Tasmania with plenty of hype, while Pierce Seymour is an incoming versatile defender who made his League debut for Adelaide last year. Damien Hill, Jake Johansen, and Mitch Mead round out the inclusions.

On the flip-side, no less than 15 players have left the Eagles with six of them moving up to AFL level. The good news is that WWT lost only two players to rival SANFL clubs, but the bad news is that one of them is James Boyd, who heads to Central District alongside Bulldogs junior Ben Nason. 200-gamer Scott Lewis‘ loss will be felt as one of two retirees, with bigman/reality TV star Seb Guilhaus also ending his time in the league. Brothers Jack and Cooper Gaffney will return to the local level, along with a trio of other fringe squad members.

With a solid and experienced core, strength through midfield, and a notable spine, WWT should be a side to jump straight back into the finals race. As will be touched on below, the beauty of the squad is that there will be a number of emerging talents hungry to make an impact in the senior grades, and juniors primed to flourish as they continue to develop. With strong results at Reserves and Under 18 level, the League team should prosper in 2020.

After taking home both the minor and post-season premierships in 2019, expectations will be high on the Eagles’ typically strong Under 18 group. Another five prospects feature in the State Academy hub, led by the likes of Taj Schofield and Lachlan Jones, who are Port Adelaide father-son and Next Generation Academy hopefuls respectively. Schofield is a classy small midfielder who will look to transition into an inside role, while Jones is a well-built defender whose readymade frame may well see him feature early at League level. Jase Burgoyne is another who will hope to end up at Alberton as a 2021-eligible father-son candidate – the son of Peter and brother of Trent.

Twin talls Zac Phillips and Henry Smith are both promising and raw types, with Phillips more of a key position forward, while Smith thrives in the ruck. Caleb Poulter is the fifth hub member, a versatile type who is somewhat of a late bloomer having represented South Australia at Under 16 level in 2019 as an over-ager. It will be difficult for the Eagles to top last year’s effort, but the core of players is there and should shine if not snatched up by the senior sides.