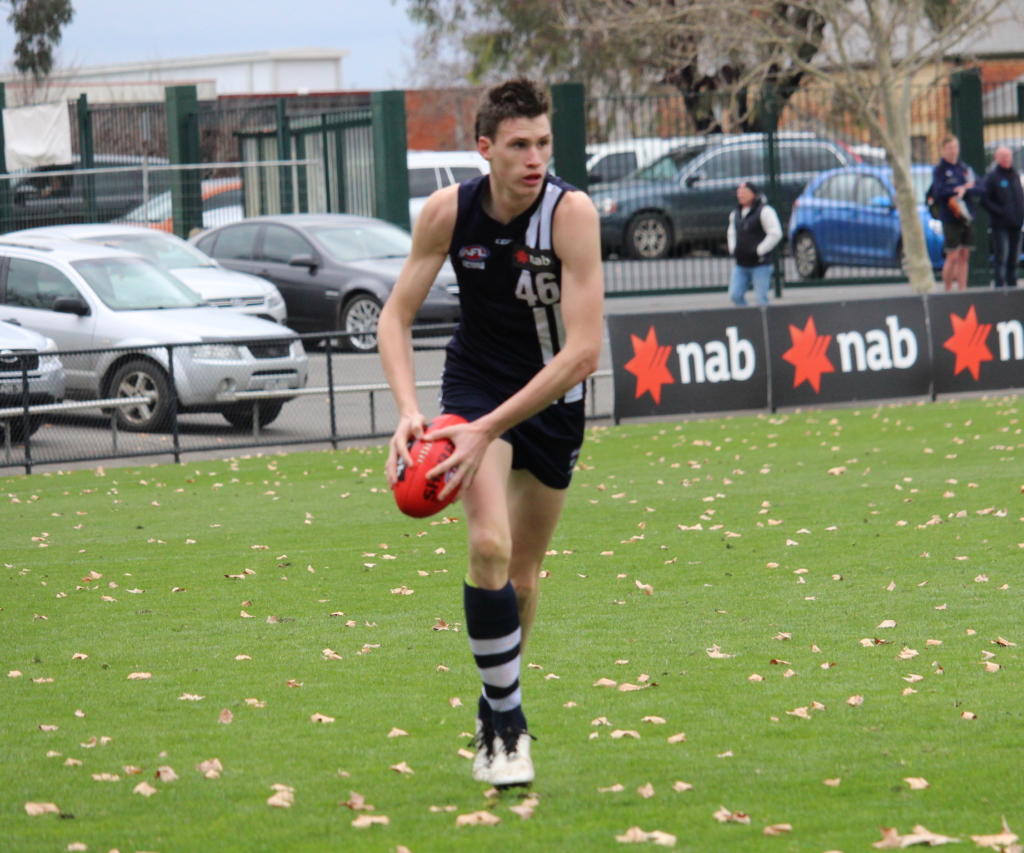 AS the postponement of all seasons commenced over the last few weeks, we head back to the pre-season where we sat down with a number of athletes across the country. In a special Question and Answer (Q&A) feature, Draft Central‘s Michael Alvaro chatted with Geelong Falcons’ Henry Walsh at the NAB League Fitness Testing Day hosted by Rookie Me.

The brother of Carlton midfielder and 2018 number one draft pick, Sam, cuts a much different figure to his elder sibling as a loping 202cm ruckman, and remains quite raw in terms of his development. While he thrives in his ruck craft having averaged 27.3 hitouts across 13 NAB League games as a bottom-ager, Walsh is constantly working on his impact around the ground as he expands his endurance base. The St Joseph’s junior represented Vic Country at Under 16 level and already cracked the Under 18 side in 2019, capping off his year with an appearance in the Under 17 All Star clash on AFL Grand Final day.

He is quite the unique character and is seldom shy to have a crack. Read up on what Walsh had to say during preseason about his development, opportunities afforded to him through the AFL Academy, and the year ahead with the Falcons.

MA: Henry, how has the day been for you?

Which of the tests are you looking to excel in or improve on at the moment?

“The vertical jump for sure, love that.”

Pretty important in the ruck?

How has the preseason been so far?

On-field, how do you think your game’s coming along?

“It’s developing each game which is real good.”

Obviously he plays a much different role, but has your brother (Sam) helped that at all over the past few years?

“Yeah, especially through my running and positioning around the ground. It’s been real good.”

I’m sure you tapped a few down to him at preseason training with Carlton as well, it must’ve been good to get down there?

“It was. It was real good, a great experience.”

How has being part of the Vic Country hub been for you?

“It’s been real good, seeing how all the other boys from different areas for Vic Country have been.”

You’re part of a talented group at the Falcons too, you’ve played a lot together already. Are you looking to bounce back after a bit of a down year?