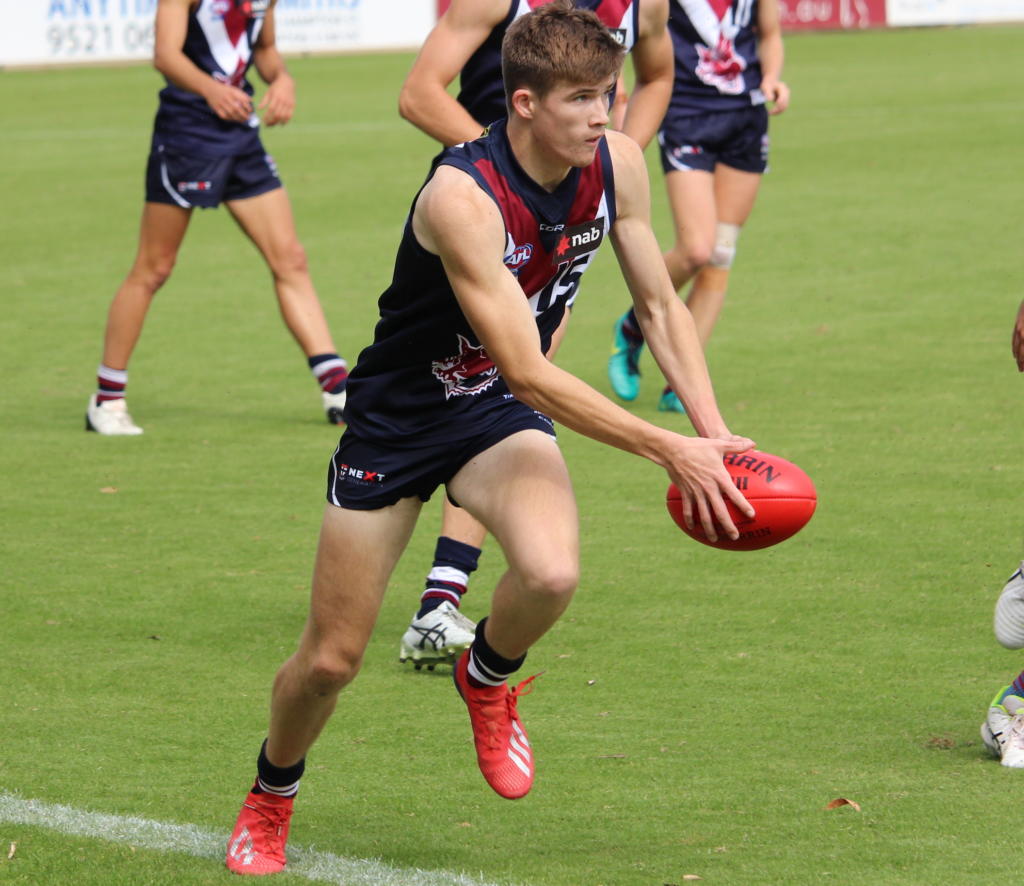 IF you are missing footy like we are, then let us somewhat salvage that with a look back in a new series of Classic Contests. In today’s contest we look at one of the would-have-been Round 12 clashes in the NAB League this year between the Sandringham Dragons and Tasmania Devils. In this edition, we wind back the clock almost a year to late-2019, when the two sides met for the first time since Tasmania’s full-time induction into the competition.

Not much more than pride was up for grabs as Sandringham travelled down to Tasmania to take on the Devils in Launceston, with the fate of the two sides all but already sealed. The Dragons were gunning for a top three spot to avoid Wildcard Round, while Tasmania was simply battling for position having fallen to 13th spot.

Neither side was in particularly outstanding form either, with Sandringham coming in having won in its previous outing against Dandenong, but the Dragons had lost three straight games before that and five of their last six overall to sit 8-5 in fourth. The Devils were 4-11 on the back of a five-game losing run, which would end up stretching to seven by season’s end.

Of significance were also the absentees for both teams, too, with Sandringham missing a raft of eventual draftees and combine invitees, including the likes of top 30 picks Fischer McAsey, Finn Maginness, and Josh Worrell. Mitch O’Neill was the biggest name missing for Tasmania, one of its two 2019 draftees, but the Devils maintained their four 2020 AFL Academy prospects in the side.

Keen to flex their superiority and gain some winning form on the eve of finals, the Dragons took control from the get-go with six scoring shots to one in the opening term helping them to a 15-point lead at the first break. They would extend it to 31 points by half time, again restricting Tasmania to just one major while piling on another three of their own.

Having got the jump, Sandringham well-and-truly put the result beyond doubt with a game-high five goals in the third term, and a couple more in the closing stanza for good measure as the Devils could only again manage a goal per the final two terms. The final margin sat at 65 points in favour of the travelling side, marking Sandringham’s third win by over 10 goals at that point in the season.

Over-ager Angus Hanrahan had a day out, leading all comers for goals (three) and disposals (33), with St Kilda draftee Ryan Byrnes (28 disposals, one goal) another to find both the ball and the goals. Matt McGuinness was Tasmania’s leading ball winner with 26 touches, while of the other draftees afield, Miles Bergman booted 1.2 from his 19 disposals, and Jack Bell also booted a major in his forward/ruck duties.

Despite boasting one of the more stacked Under 18 squads of recent times, Sandringham fell short of the top three and its premiership dream as injuries and some bad luck took toll, finishing fourth at 9-6 and losing to eventual premier, Oakleigh in the preliminary finals. Tasmania would end up losing seven-straight games to finish the season at 4-11 in 14th, but gave Calder a scare in Wildcard Round as the Devils went down by a single goal.