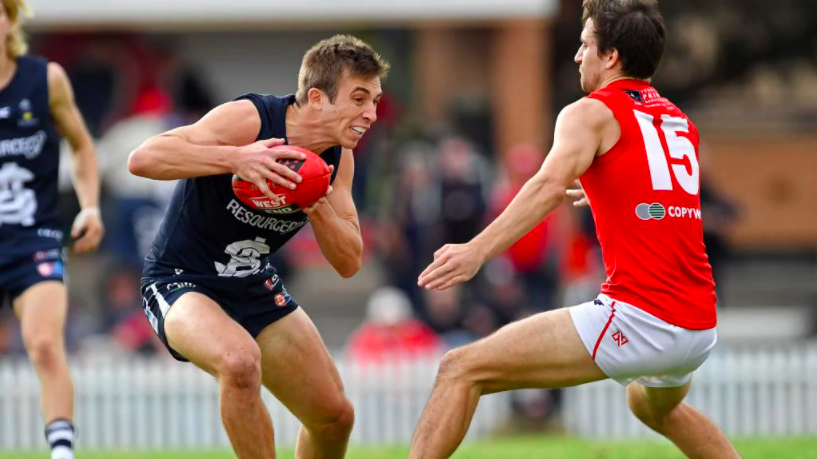 AFTER narrowly missing out on finals in both senior grades for the second time in three years, South Adelaide will return to the well in 2020 led by senior coach Jarrad Wright, and aided by shrewd recruiting from around the nation to make up for some massive, experienced losses.

The 171-game Port Adelaide veteran Matthew Broadbent headlines South Adelaide’s list of offseason recruits, set to bolster the Panthers through midfield and on the defensive line. Former Swan James Rose was another ex-AFL signing poised to return to SANFL football, but the 24-year-old will unfortunately have to miss the season on the back of heavy interruptions. Adding to that blow, Keegan Brooksby‘s homecoming has also been delayed by another opportunity at AFL level, this time with Hawthorn.

While Broadbent’s experience somewhat makes up for the other two would-be’s, that level of talent looked likely to be a key part of South’s next finals push. The retirements of 200-gamer Brad Crabb and five-time best and fairest Nick Liddle leave much of the leadership responsibilities on the shoulders of co-captains Matt Rose and Joel Cross, while the defections of Abe Davis (Sturt), Emmanuel Irra (Norwood), and Mark Noble (Werribee) to chase other opportunities will also hurt.

With two-time Margery Medalist, reigning club champion and leading goalkicker Cross spending more time up forward, the inclusions of Ben Sawford and Ky McGrath look to be shrewd ones in strengthening the Panthers’ midfield depth. Sawford makes the cross over from Glenelg alongside Brad Potter, while 2019 NEAFL team of the year defender Tom Highmore will make the transition from out East alongside McGrath. Henry Kerinaiua is another addition who will add value to the side, an eye-catching goalsneak from the Northern Territory who comes in off a solid season with Waratah.

On top of a highly-touted Under 18s group looking to transition into the senior ranks will inevitably come last year’s junior state representatives, with the likes of Daniel Sladojevic, Damon Freitag, and Darnell Tucker all players who already boast experience at Reserves level, and may be up for League selection in 2020. Players like Joseph Haines and Reece Milsom are also continually improving, and Malcolm Karpany is another who will constantly be running amok, putting the Panthers on track to mounting a top five charge.

Coach and talent manager Mark Clayton will have the pleasure of leading a very promising Under 18s group throughout a shortened 2020 campaign, though the talent of some of South Adelaide’s state academy members may push them into the senior ranks.

Leading 2020 draft target Zac Dumesny will inevitably be a key member of the team alongside Nick Kraemer, an inside midfielder who played every game in the Panthers’ grand final run last year. 2019 State Under captain and MVP Jason Horne is one of the best talents of his own cohort, and is complemented well by the versatile Matthew Roberts and Arlo Draper among the bottom-aged ranks.