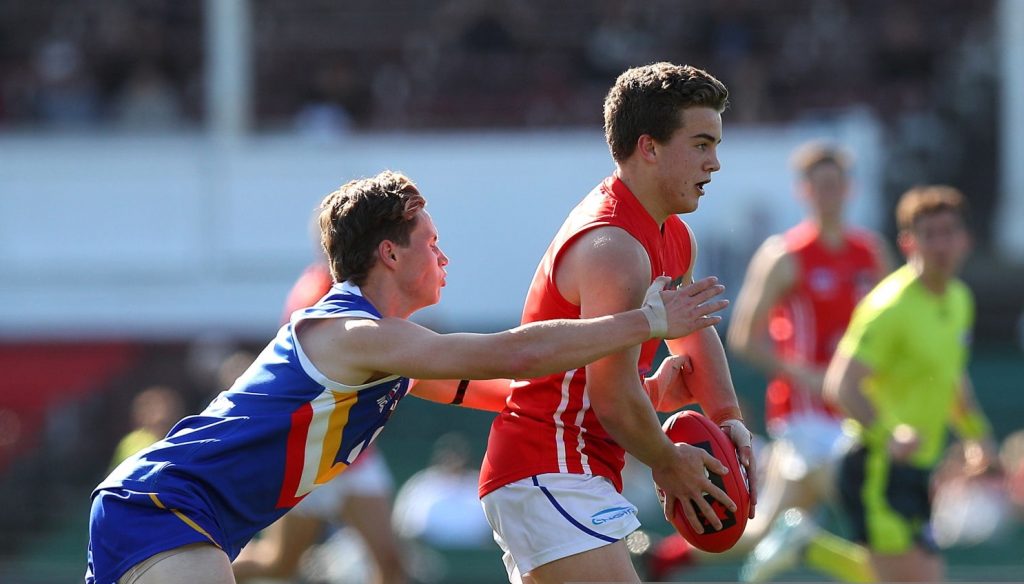 AS the postponement of all seasons commenced over the last few weeks, we head back to the pre-season where we sat down with a number of athletes across the country. In a special Question and Answer (Q&A) feature, Draft Central‘s Michael Alvaro chatted with Gippsland Power’s Will Papley at the NAB League Fitness Testing Day hosted by Rookie Me.

The small forward got on the park nine times during Gippsland’s 2019 NAB League regular season before being hampered by a hip injury, eventually returning in the Power’s preliminary final loss. While he has battled a similar setback during preseason, Papley is raring to get stuck back into his usual forward role, with an eye on progressing into the midfield on the back of a greater endurance base. He has as good a mentor as any to help him through the journey too, with brother, Tom among the best smalls at the elite level.

MA: Will, you’re sitting out the testing today?

WP: “Yes. I’ve got a hip injury, just some inflammation around the ball and socket at the moment. It’s getting better though, so should be alright for (Round 1).”

How’s the preseason been apart from that?

“I’ve had a few injuries. I had shin splints early in preseason, pre-Christmas and then missed all the fitness testing. So I haven’t really done much lately but I’m maintaining my adductors and keeping strong around there.”

You got out on the park for 10 NAB League games last year, how was that?

Gippsland had a really talented squad last year, how was it being able to run out alongside the likes of Caleb Serong and Sam Flanders?

“Those boys really led the way a lot, they taught me a lot of new things and they were really role models to me. I really looked up to them.”

Having played the small forward role, are you looking to change it up this year or keeping going with more of the same?

“I’ve been talking to my head coach at Gippy, Rhett (McLennan). He wants to play me more midfield, but earlier in the season I’ll probably play more forward to build up my tank just so I can get more endurance and move into the midfield.”

Is that endurance something you’re looking to improve on given you’ve missed a good chunk of preseason?

“Yes. The tank is always been one of the downsides to my game. I’ve never really been the best runner but I always push myself as hard as I can every contest.”

What are some of the strengths in your game?

“Definitely finishing for goal, tackling pressure – mainly forward pressure. But I’m working both ways, up and down the ground a little bit.”

“No not really, but I suppose you’ve got to take it.”

How has he been as a mentor to you, does he give you many tips?