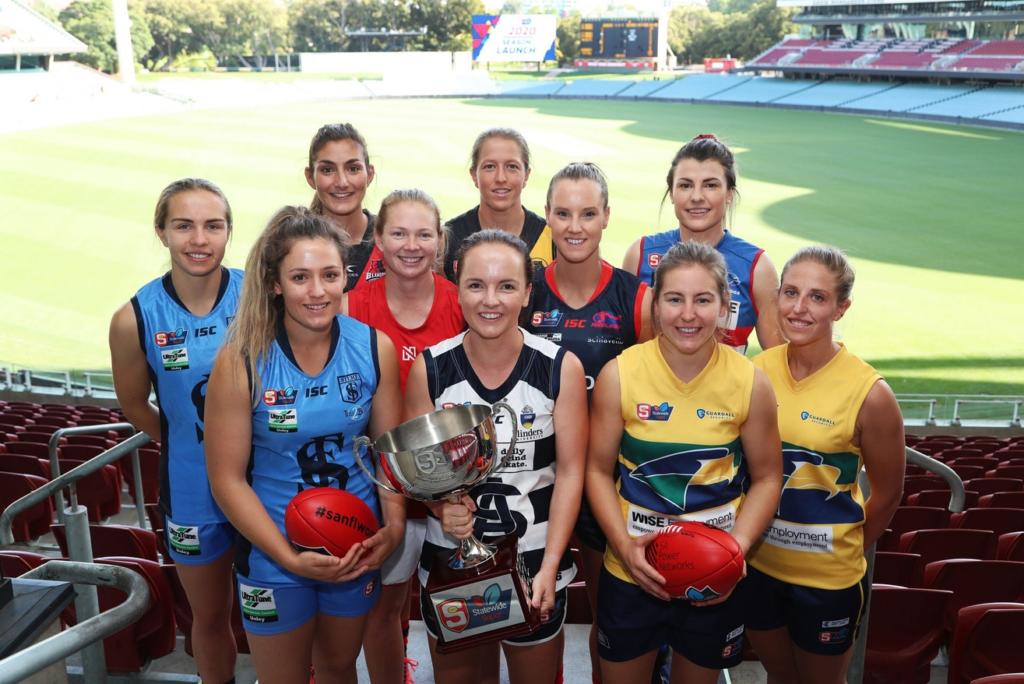 THERE is plenty of information coming out left, right and centre about the return of the Aussie rules state leagues and when they kick off. Draft Central has compiled the details from each state and listed the starting dates, season details and finals dates where applicable for each of the major states that have made announcements.

The first state to return of the main state leagues across the country, the South Australian National Football League (SANFL) and SANFL Women’s leagues – including Reserves and Under 18s – all commence from Saturday, June 27. The season will of course be without either of the AFL-aligned clubs in Adelaide or Port Adelaide in the League competition. The first two rounds of the League season were released by the SANFL website, with the remainder of the fixture, and other competition fixtures to be announced soon. The SANFL Women’s season will kick off from where it left off with the remaining six rounds to be completed and the grand final scheduled for the weekend of August 22/23. The SANFL will hold a 14-round regular season with the finals to begin in the first weekend of October and the grand final to take place on the weekend of October 17/18.

Following South Australia, the Queensland Australian Football League (QAFL) and QAFL Women’s competitions are preparing to kick off again from July 11. The QAFL had not commenced its season prior to the COVID-19 lockdown, so Round 1 will begin on July 11, the first of a nine-round season for the nine sides. Finals begin on the weekend of September 12/13 with a grand final announced for Saturday, September 26. With the first three rounds of the QAFL Women’s in the books, the competition will kick off from where it left off, with Round 4 the first round of matches in that second weekend of July. Like the QAFL, the competition will run simultaneously with another nine rounds (12 all up) with finals to take place on the same dates as the men’s competition.

Last week, AFL Tasmania announced that the Tasmanian State League (TSL) and TSL Women’s would commence their seasons next month on July 18 pending government approval. All seven clubs in both leagues will take place in a relatively normalised season with neither having started prior to the COVID-19 lockdown. The fixture is yet to be determined, but the aim is for the teams to play each other twice before a two-week finals series with October 18 anticipated to be the latest possible date for a grand final.

In the most recent update yesterday, AFL Victoria announced a modified Victorian Football League (VFL) season would go ahead. Eight VFL clubs will take part in the seven-round season to commence on August 1: Box Hill, Casey Demons, Coburg, Frankston, Port Melbourne, Sandringham, Werribee and Williamstown. The VFL Women’s competition was however cancelled, with the regular competition to be replaced by a Super Series. The concept involves four teams of 30 players taking part in a round-robin competition with three matches for each team, followed by an All-Stars match of the best talents. The idea behind it is to allow Victorian draft prospects to play competitive matches ahead of the 2020 AFL Women’s Draft later in the year.

The West Australian Football League (WAFL) and WAFL Women’s will both commence on August 1, with a nine-round season announced for the WAFL. It means each of the teams will face off once, and the Colts competition will also start on the same weekend, pending an announcement regarding dates for an AFL Under 18s Championships, which earlier in the year had been earmarked for September (usually held in July). Keeping in line with a regular season, the WAFL Grand Final will take place a week before the AFL Grand Final, some time in mid-October such as the SANFL’s weekend of October 17/18.

The other major winter state league – the North East Australian Football League (NEAFL) announced it would not go ahead in season 2020 with only five teams remaining after the Northern Academy sides were forced out due to COVID-19 restrictions.