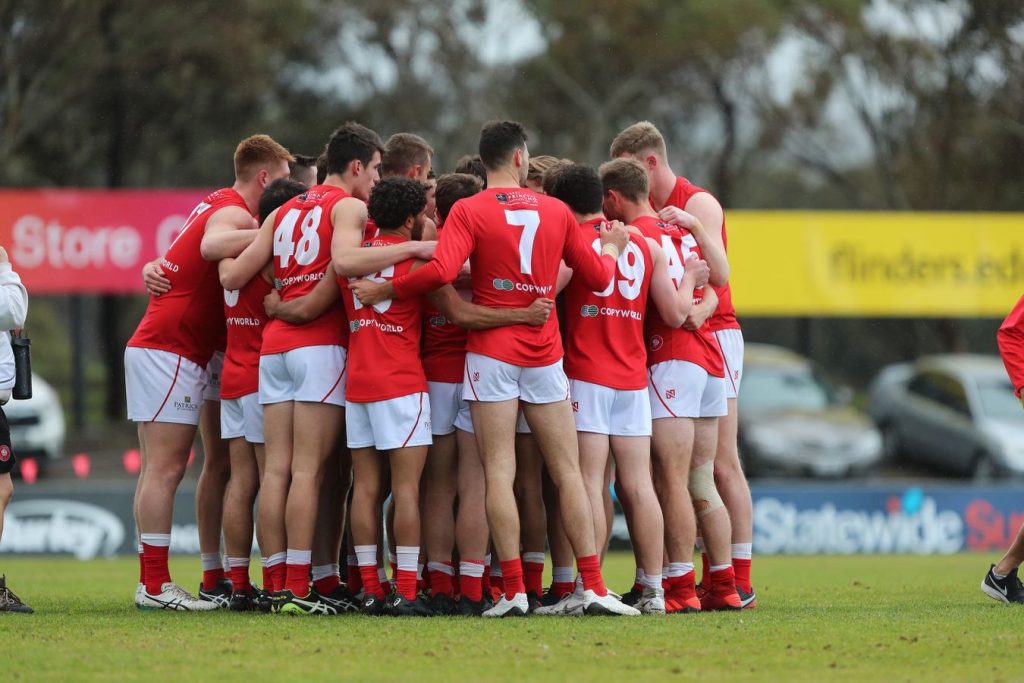 NORTH Adelaide will be itching to return to the field after a disappointing 2019 campaign which saw the club finish ninth. With premiership coach Josh Carr departing the club for Fremantle, former Power defender Jacob Surjan will take the reins of a revamped North Adelaide in 2020.

The Roosters farewelled five premiership players in the off-season, including inspirational former captain Max Thring, who announced his retirement from senior football. Fellow on-baller Aidan Tropiano returned to his native Perth. Tropiano, a mainstay of the Roosters side, led the league in tackles last season and will leave a sizeable gap in the centre of the field. Mackenzie Slee, Maris Olekalns and Brock Castree also left Prospect, along with a number of ‘depth’ players. In desperate need of a midfield rejuvenation, an array of departures, North Adelaide turned to Victoria. Hawthorn premiership wingman Billy Hartung signed on and is expected to add plenty of run, carry and polish with ball in hand.

His outside polish is well-balanced by the toughness of inside midfielder Andrew Moore, who transferred from the VFL’s Box Hill Hawks. Having played 17 league games with the club during his time with the Power, the strong-bodied Moore will bring leadership and genuine contested-ball winning ability to the Roosters midfield set-up. The club also welcomed back premiership speedster Robbie Young after his AFL stint with St.Kilda. North Adelaide juniors Harrison Wigg, Kym LeBois and Cameron Hewett returned to Prospect following stints at AFL level and will be expected to slot into the Roosters senior side. Meanwhile, duo Elliott Chalmers and Sam Davis joined the club from Glenelg.

The Roosters will be led by newly appointed captain Alex Spina, who tragically missed out on a premiership medal in 2018 after breaking his collarbone in the highly controversial preliminary final victory over Woodville-West Torrens. Excellent midfielder Jarred Allmond will again be an integral component after being one of the clubs rare shining lights in 2019. A seasoned campaigner, the 29-year-old led the league for kicks last season, averaging 25 disposals, 6.7 marks and 6 rebound-50s in 18 matches. He will be supported in the midfield by Campbell Combe, who averaged 20 disposals and 5.7 tackles in 2019, and productive vice-captain Tom Schwarz, who averaged 24 touches, 4.3 tackles and 3.9 clearances.

Defenders Mitch Clisby and Tanner Smith will be hoping to return to their 2018 form. The Roosters also have a couple of handy youngsters pushing for selection. Tall defenders Karl Finlay and Dyson Hilder were unlucky not to be selected in last seasons draft and will be looking to push for regular selection having received a taste of senior action last year. Wingman Mason Neagle showed promise in his debut year and inside midfielder Harrison Magor will be looking build upon a 2019 which saw him win the McCallum Tomkins Medal as the best player in the SANFL Under 18s competition.

North’s Under 18s side narrowly missed out on playing finals football last season after losing their last four home and away matches. Four Roosters have been named as the SANFL Under-18 competitions best player in six years, following Magor’s success. Although just two North Adelaide juniors were included in the SA Academy Hub for 2020, Tariek Newchurch and Jamison Murphy are both expected to feature prominently for SA at the National Championships.

A medium-forward or midfielder, Newchurch is eligible to join the Crows as a member of the clubs Next Generation Academy. He kicked 29 goals in 16 under-18 games last season and played one match with the reserves. Murphy is a tough inside midfielder who captained the Australian under-16 cricket side before setting his sights on football. His leadership, hard-at-it approach and excellent foot skills have seen him draw comparisons to Hawthorn legend Luke Hodge.

>>> GET TO KNOW NORTH ADELAIDE UNDER 18S