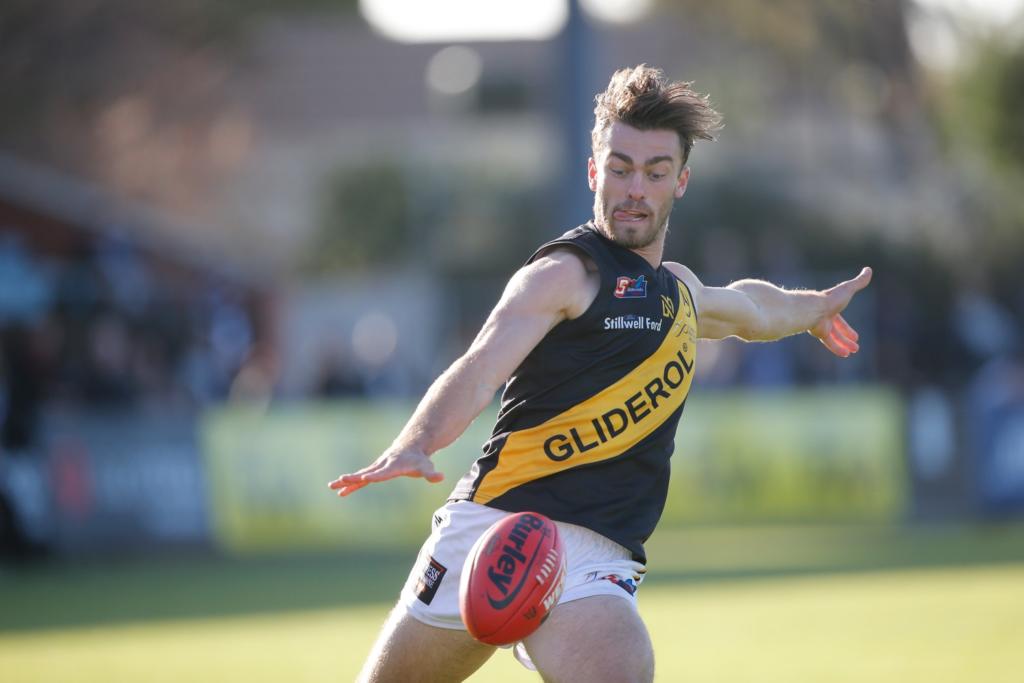 GLENELG took the SANFL by storm in 2019, winning the clubs first league premiership in 33-years. The Tigers recruited well in the off-season, luring several former-players back to the club to bolster an already-talented lineup. Under coach Mark Stone, Glenelg appear well positioned to defender their crown in season 2020.

>>> CHECK OUT OUR GLENELG TEAM PAGE

Reigning Margarey Medalist Luke Partington is the headline act of the yellow and black on-ball brigade. Partington was simply brilliant last season, averaging 29 disposals (82 per cent efficiency), 4.4 marks, 5.5 tackles and 4.9 clearances. Matthew Snook, Brad Agnew and Jonty Scharenberg were all integral to the the Bays premiership success, with the former taking out the Jack Oatey Medal as best on ground in the grand final. Agnew laid 34 tackles in the Bays three finals and has emerged as a midfield aggressor. The inside grunt will be balanced out by the silky skills and class of Marlon Motlop. Recruits Stretch and Edwards are expected to further compliment the Bays outside presence. Up forward, dangerous duo Liam McBean and Luke Reynolds combined for 91 goals last season. McBean took out the Ken Farmer Medal by one goal, over medium-tall Reynolds. The energy and defensive pressure of Cory Gregson will again prove invaluable to the Tigers forward-line. Elsewhere, Former Docker Matthew Uebergang and Max Proud form a strong key defensive partnership, whilst Andrew Bradley has proven his worth in a number of roles over the years.

Glenelg’s reserves finished the regular season in fifth spot, earning them a finals berth. However they were easily accounted for by Central District in the first elimination. With a host of talented youngsters waiting in the wings, Glenelg will be hoping to make it deeper into the finals in 2020.