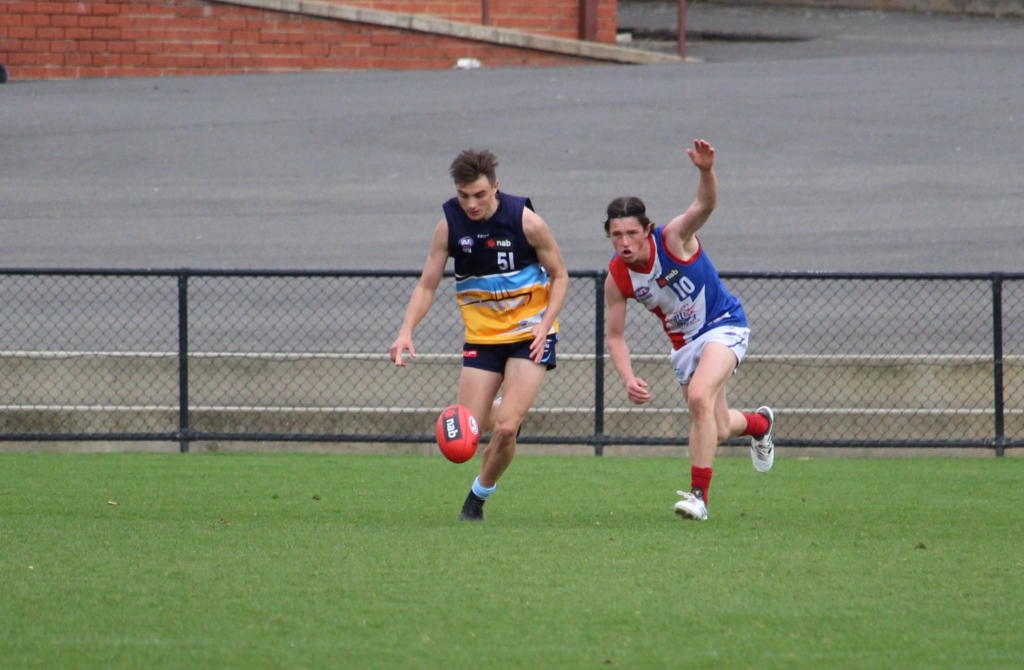 AS the postponement of all seasons commenced over the last few weeks, we head back to the pre-season where we sat down with a number of athletes across the country. In a special Question and Answer (Q&A) feature, Draft Central‘s Michael Alvaro chatted with Bendigo Pioneers’ Seamus Mitchell at the NAB League Fitness Testing Day hosted by Rookie Me.

The crafty small forward impressed towards the back-end of last year’s NAB League season, getting on the park five times for the Pioneers to return a haul of six goals. Mitchell possesses great speed and goal sense, which has put him right in contention for more representative action having already run out for Vic Country at Under 17 level, and earned a spot in the 2020 AFL Academy hub. The 180cm prospect battled a knee injury during preseason, which meant he was touch-and-go for a Round 1 return at the time.

MA: How’s the day been so far, Seamus?

SM: “It’s been pretty good, enjoying it. I’m not doing much… (I’ve got) a knee injury but it’ll come good pretty soon.”

Other than that, has the preseason been okay and will you be ready for Round 1?

Coming off a promising bottom-age year, what do you think were some of the strengths you were able to showcase?

“Probably my speed and a little bit of athleticism. I don’t really think about it too much.”

Where do you like playing most, are you looking to still lock down a forward role?

“Yes, half-forward or maybe even the wing role throughout the year.”

What kind of things are you working on as a top-ager?

“Probably my cleanliness with ground balls and that sort of stuff.”

How is being around the Vic Country hub developing your game?

“Heaps. Even outside of footy as well, I probably need to be more confident and that sort of thing so it’s helped.”