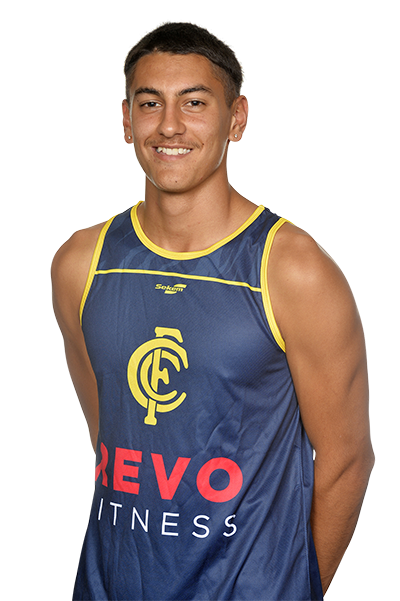 Next under the microscope in our AFL Draft watch is Claremont’s Joel Western, a member of the thriving Fremantle Next Generation Academy (NGA). The 172cm prospect is an excitement machine, catching the eye with his speed and agility away from the contest, combined with an innate ability to pull off improbably plays. While Western is more than capable of playing through the midfield at Under 18 level, roles off flanks at either end of the ground suit his physical makeup in terms of adjusting to the next level.

After his 23 disposals helped Claremont to Under 18 WAFL Colts grand final glory in 2019, the zippy Tiger became one of three players from his club to be included in the West Australian Academy hub. Western was a prime mover in his state’s 2018 Under 16 campaign, and was part of its 2019 Under 18 squad without playing a game. Having lit up preseason testing with top 10 results in each jumping category and the 20-metre sprint, Western is primed to break through this season as a key figure once again.

The West Australian was one of Team Dal Santo’s better players on the day, showing good composure at half-back under pressure. He did go forward at times but looked more rushed going inside 50 with the odd turnover from a quick snap. He had a shot on goal but the kick went out on the full, and spent the second half in the defensive half of the ground, being a reliable player who picked up a number of touches back there trying to settle his team down.

The bottom-aged Fremantle Next Generation Academy member showed why he is one of the leading prospects from Western Australia for next year’s AFL Draft. He accumulated 23 possessions, and laid six tackles, often using his speed and skill to break Peel’s defensive zones.