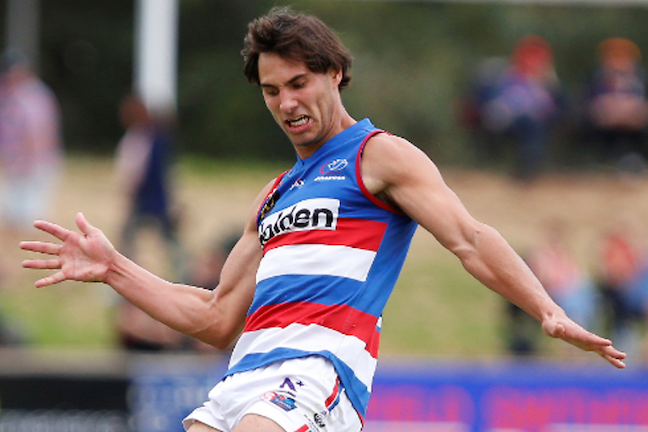 CENTRAL District is looking to turn around its 2019 fortunes at senior level, where the Bulldogs finished eighth overall. They won five from 18 games, and whilst they won three of their last five to escape the wooden spoon in the League competition, they will be keen to bounce back with a much stronger season in 2020.

Central finished in the bottom three of the competition last season, but have been able to snare a massive recruit in former Swan and Blue, Daniel Menzel. Now 28-years-old, the older of the Menzel brothers – joining his brother Troy at the club – will no doubt be one of the more dominant players in the league. He could see time up the ground, but will likely be a contender for the leading goalkicker given his ability to snare goals from just about anywhere. More than anything, it is hoped he can put his repeat injuries behind him and play out a strong season after 80 AFL games.

His brother booted 33 goals in 18 games last season and has returned for another year with the Bulldogs, earning Team of the Year honours in the forward pocket. Troy will enjoy having the extra support at ground level, and the pair will likely be a massive headache for opposition defences.

Among the other players to watch in the side are another pair of brothers in Jarrod and Travis Schiller who went first and second in the Norm Russell Medal – Central’s best and fairest – last year. Jarrod also took out the Most Courageous Player and Most Consistent League Player awards in a dominant season for the run away best and fairest winner. The 25-year-old ticked over 150 games last season and averaged the 25.7 disposals, 4.1 marks, 5.3 tackles, 6.8 clearances, 3.6 inside 50s and 2.3 rebounds in a dominant performance. He was also named in the Team of the Year on the interchange.

The older Schiller brother, Travis is nearing his 100th career SANFL game with just five remaining. A ball magnet who would often suffer leather poisoning, he averaged a whopping 30.1 disposals, 4.7 marks, 4.5 tackles, 6.9 clearances and 3.1 inside 50s in season 2019. His lowest disposal count of the year was 21 such was his consistency, and he averaged the second most disposals of any player in the competition.

The Reserves had more luck than the senior last season, finishing fourth on the table with a 50 per cent win-loss record split thanks to nine wins from 18 games. Smashing Glenelg by 50 points in the elimination final, the Bulldogs went down in a heartbreaking seven-point loss to Woodville-West Torrens in the semi-finals. Not too far away from glory, the Bulldogs could be a contender in the Reserves competition with the added talent brought in to the League side.

The Bulldogs have a number of draft prospects who are members of the AFL Academy, with pint-sized mid-forward Corey Durdin leading the way. He might only stand at 172cm and 74kg, but his natural footballing ability, skill and consistency throws back to Caleb Daniel who slid down the draft order but has proved the naysayers wrong with some elite level play at AFL level. Durdin will most likely spend plenty of time in the seniors in the forward half of the ground, and create a formidable trio with the Menzel brothers when in the League team.

Aside from Durdin, the Bulldogs have two other AFL Academy members in the squad with top-ager Lachlan Grubb and bottom-ager Isaiah Dudley also earmarked as draft prospects over the next two seasons. Like Durdin, both are quite small standing at 173cm and 164cm respectively, but both have defied that with some terrific play over the past few years. Grubb is already a ball winning midfielder, whilst Dudley is an absolute danger around goals. If both of them can put up consistent seasons, then watch out.

The Bulldogs finished last on the ladder in the 2019 Under 18s competition, with just three wins from 18 games. With the renewed development of the likes of Dudley and Grubb, they should be better in 2020.

>>> GET TO KNOW CENTRAL DISTRICT UNDER 18S