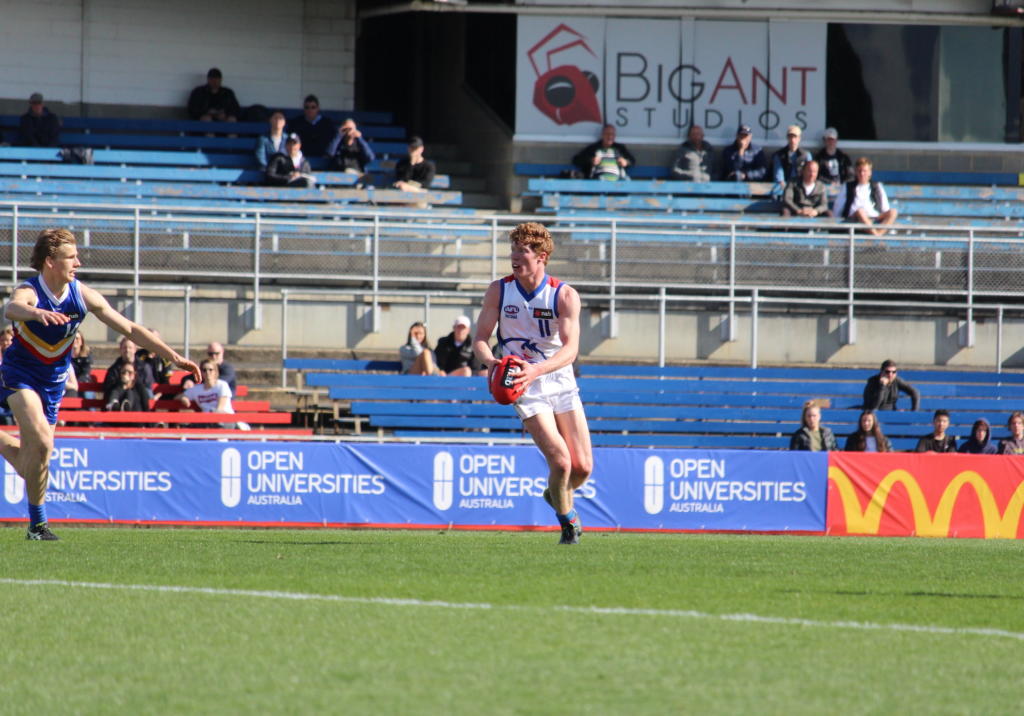 SEVEN draftees from the 2019 AFL National Draft ran out for their respective teams on the weekend and we take a look at how they performed. From a Gold Coast trio who dominated to a number of other high picks who earned their spots, the draft class of 2019 is already showing promising signs for the future.

STAR OF THE ROUND: Matt Rowell (Gold Coast)

Whilst the Round 2 Rising Star nomination is announced later today, there is no doubt that last year’s number one pick will earn the honour. Rowell was best on ground in a sublime performance as the Suns stunned the 2018 premiers, West Coast Eagles in what could be not only a season-defining match, but a franchise-defining one as well. The Suns have long been the whipping boys of the competition, but there would be 17 sides who have now put the perennial cellar dwellers on notice, and Rowell is one of the huge reasons why the Suns looked like a serious threat to some of the big sides. It is only the one game, but boy was it a game to remember as Rowell racked up 171 SuperCoach points which is unheard of for a player in his second game, winning plenty of touches around the ground, but most importantly booting two goals and becoming damaging up both ends.

He might have been overshadowed by Rowell’s unbelievable performance, but Anderson still played a huge part in Gold Coast’s win. He booted his first AFL goal in the second quarter after finding space, and was able to win his own fair share of the ball on the outside and get his teammates involved. He might have had a number of clangers, but his work rate was high and his strength overhead was on show, taking five marks from 19 touches on the night.

The Suns had a trifecta when it came to highest disposal winners of the seven players from last year’s draft to be playing on the weekend. Much like Anderson, Budarick might not have had the same praise as Rowell, but he did well in the back half for 16 touches, five marks, three tackles and four rebounds. He will likely fly under the radar, but his dare and ball use in most cases is terrific and he will provide the Suns with much needed class this year.

The East Fremantle product was impressive on debut in what was an up-and-down contest for the Demons. He laid a couple of great tackles and found his own ball playing across the ground. Rivers set up a goal and also got back to help out the defence at times, dipping his toes across multiple statistical areas and giving Dees fans a glimpse of why he was selected. With very few deficiencies, Rivers is just a consistent player and will be one to watch this season.

Playing his second game after earning a spot in the Round 1 side, McAsey did what he could in a team that was under siege for the most part. Whilst a number of leaders were down on their performance for the Crows, McAsey held up with six touches, two marks, four tackles, two inside 50s and two rebounds in a really respectable performance. For a key defender coming into the league and playing immediately, McAsey is living up to expectations of a top 10 selection.

A late call-up for the Dockers, the former Dandenong Stingrays skipper was far from making up the numbers on debut with a solid performance in Fremantle’s tight loss to Brisbane. He reached double-figure disposals and laid a few tackles in his first AFL match, showing he has plenty to offer at the level. With more minutes and extra time in the side, Young will be a fantastic addition to the Fremantle outfit.

The debutant joined his East Fremantle and West Australian Under 18s teammate in Rivers for the Demons’ clash with Carlton. Playing forward with Max Gawn dominating in the ruck, Jackson had the seven touches and one behind on debut. Melbourne was strong early, but the going was tough late, and whilst it is hard to squeeze into the Dees side with the strength of key position players, Jackson showed signs he will be a long term player, he just needs time.