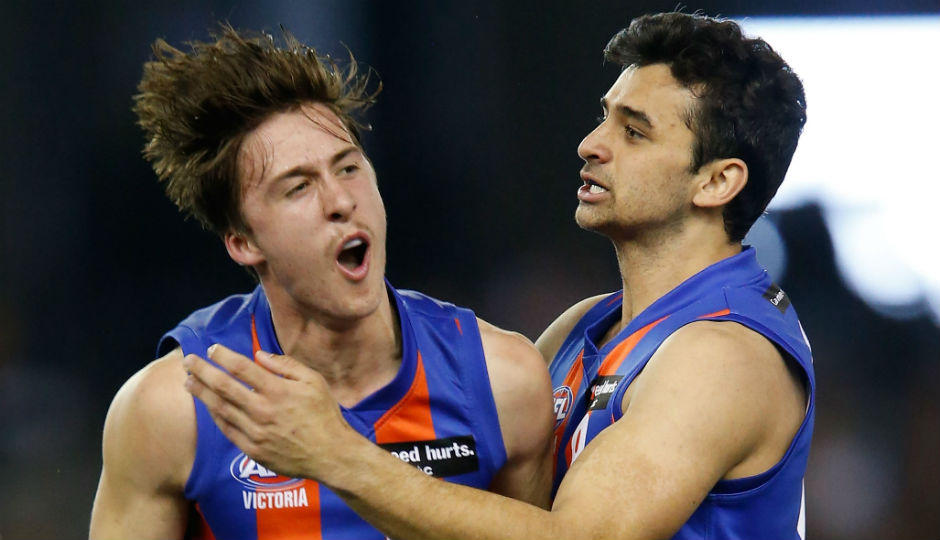 IF you are missing footy like we are, then let us somewhat salvage that with a look back in a new series of Classic Contests. In today’s contest we look at one of the would-have-been Round 11 clashes in the NAB League this year between the Murray Bushrangers and Oakleigh Chargers. In this edition, we wind back the clock to 2015, where the two sides met in a tense semi-final.

It was do-or-die for the Oakleigh Chargers and Murray Bushrangers come semi-finals time in the 2015 TAC Cup season. Having finished third at 12-5, Murray had exhausted its second chance rights after losing its qualifying final to Dandenong, while Oakleigh (sixth, 9-8) comfortably accounted for Gippsland in its elimination final tie.

Despite the loss a week earlier and the lingering fact that Oakleigh had beaten them by 10 points in Round 5, the Bushrangers would come in as favourites given their superior record and the Chargers’ 0-3 run prior to finals. Both sides were producing ridiculous numbers of AFL draftees at the time too, with Murray boasting 10 in its lineup while Oakleigh laid claim to eight – both with players across all three age groups.

Ikon Park set the scene for another big day of post-season fixtures, and the opening to this bout lived right up to the finals atmosphere in North Carlton. Both sides managed 2.4 apiece in the first term, before Oakleigh found a way on top heading into the main break. The lead was three points, credit to the Chargers’ superior finishing with 4.6 to Murray’s 3.9 – a gap of three total scoring shots to the side in deficit.

Oakleigh threatened to take the game by the scruff of its neck but could not quite pull away in the second half, with low-scoring resuming in the tricky conditions and a two-goal buffer about the best the Chargers could manage. It meant the game would be set up for a grandstand finish, with the loser set to say goodbye to season 2015. Murray sured up its kicking in the final term but could not quite sneak ahead, falling five points short with its effort of 4.1 replied to with Oakleigh’s 3.3.

Among the four players two boot two goals across both sides were three eventual draftees, with Oakleigh’s Tom Phillips managing the feat, while top five picks Josh Schache and Clayton Oliver did the same for Murray. Schache and Oliver were also among the Bushrangers’ best alongside SUNS draftee Will Brodie, with GWS Academy selection Lachie Tiziani leading the way. Lachlan Byrne-Jones earned that honour for Oakleigh, while future Blues David Cuningham and Patrick Kerr found the goals once each.

While Murray’s run ended there, the Chargers would go on to complete a remarkable finals run which ended in premiership glory, beating the Eastern Ranges come grand final day after knocking over minor premier North Ballarat in the preliminary stage. Six Chargers were drafted in 2015 to go with nine the year after, while Murray also had a total of 15 players move on to the elite level over the same period.