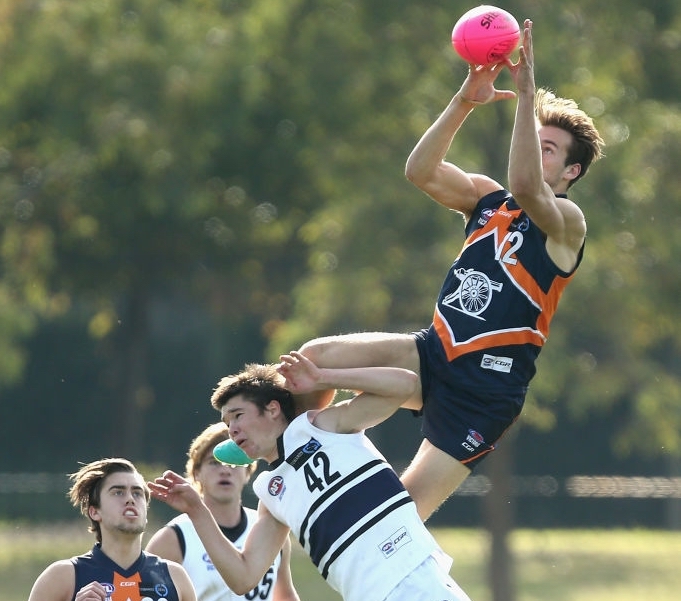 IF you are missing footy like we are, then let us somewhat salvage that with a look back in a new series of Classic Contests. In today’s contest we look at one of the would-have-been Round 11 clashes in the NAB League this year between the Calder Cannons and Northern Knights. In this edition, we wind back the clock to…

Calder and Northern ensured their only meeting for the 2016 TAC Cup season would be a close one, with the more accurate Cannons made to work for a five-point victory on home turf. While either side boasted four eventual draftees each, the gap in their respective form was evidenced by Calder’s four straight wins to sit sixth at 6-6, while Northern had won two of its last four games to improve to 3-9 in 11th place.

The Knights’ crop of high-end talent was propped up a touch more by bottom-agers, including the likes of Patrick Naish and Nick Coffield, with top-ager Patrick Lipinski absent for the clash. On the other hand, all three of Calder’s 2016 draftees took the field, with Ben Ronke among them and adjudged his side’s best on the day. As the action showed, that slight experience advantage paid dividends for Calder in typically tough Highgate conditions.

True to form, the Cannons broke out to an early lead at 4.2 to 2.2 come the first break, while Northern spurned the chance to hit back in the second, registering behinds with each of its five scoring shots as Calder put away its three chances to create a 25-point buffer heading into half time.

The trend continued into the third term as Northern desperately tried to claw its way back into the contest, with an added 2.5 setting up what would be a tense finish at just 16 points adrift. Having finally broken the kicking curse with 4.2 to Calder’s 2.3, it proved too little and too late with the Cannons holding on to a five-point lead as the final siren sounded.

Ronke’s 23 disposals, 10 tackles, and one goal for the winners helped him earn best-on honours, with the VFL-listed Jean-Luc Velissaris and Muhammad Saad also thereabouts. Fellow Coburg pair Marcus Lentini (30 disposals) and Luke Bunker (23) were among Northern’s best, with Adelaide draftees Matthew Signorello and Lachlan Murphy managed 27 disposals and a goal each.

In terms of the other future AFL-listed players afield, Noah Balta and Mitchell Lewis were both kept to under 10 disposals and a goal each, while Zach Guthrie had 11 touches. For Northern, Naish had 18 disposals and Coffield, 15 as bottom-agers. The Knights would have two players drafted in 2016 and four in 2017, while Calder laid claim to three and one over the next two years respectively.

Both sides dropped slightly come the end of the regular season in 2016, as Calder held on to a finals spot in seventh with its 8-9 record, only to be bundled out of the post-season upon the first hurdle. Northern finished last of the Victorian sides in 12th, adding just one more win after Round 13 to sit at 4-14.