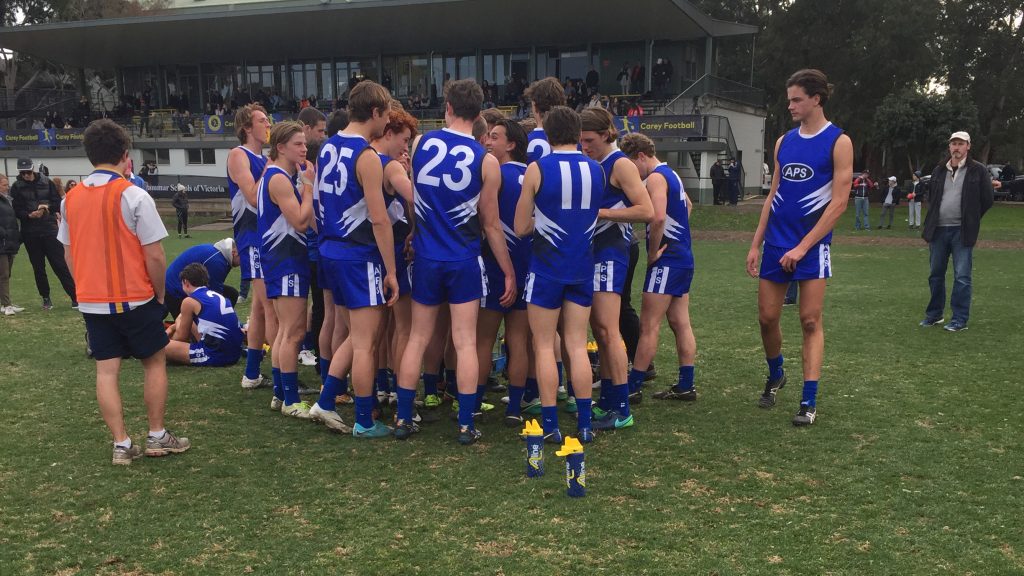 WHILST all eyes are on the elite level of Australian rules football that kicks off tonight, junior elite level football is not too far away. The South Australian National Football League (SANFL)’s top young stars will begin their 2020 journey in a couple of weeks, but crossing the border and the first top-level Victorian competition to begin will be the Associated Public Schools (APS) on July 25.

This year is different compared to others, and not just because of the COVID-19 lockdown. In past years, the winner and/or winners of the boys competition would be announced as the team that was on top at the end of the season when the 11 competing schools had played one another. With a time crunch, this year sees the 11 sides broken up into two pools of sides, one with six and one with five, where the teams play all the other teams in their respective pool.

Last year was the first time since 2006 there was a three-way tie with Carey Grammar – led by top two AFL Draft picks Matt Rowell and Noah Anderson – Caulfield Grammer and Haileybury College all deemed the winners. Haileybury had won its third successive title after having a raft of high draft picks over the past few years including Max and Ben King, Liam Stocker, Luke Davies-Uniacke and Andrew Brayshaw just to name a few. Caulfield Grammar had an even team with Fischer McAsey the star last year, but also possessed a number of bottom-age talents including Oakleigh Chargers’ Will Phillips and Murray Bushrangers’ Zavier Maher.

The first round kicks off on July 25, with the final round scheduled for September 12, all games to be played on Saturdays. Following the five-week round robin season, three rounds have been left clear for a re-draw to enable the best teams from both pools to face off and earn a premiership title.

There are some similarities in the boys’ fixturing as there is in the girls, such as the start and end dates of the competition. But as a competition that is by comparison relatively new, just five teams compete in the girls’ APS season. They do align with schools from the boys – Carey Grammar, Caulfield Grammar, Geelong Grammar, Haileybury College and Wesley College.

The five round season presents a perfect opportunity for each of the APS Girls sides to face every other team, with the three rounds of redrawn matches giving organisers a chance to get double-up matches between the best sides.