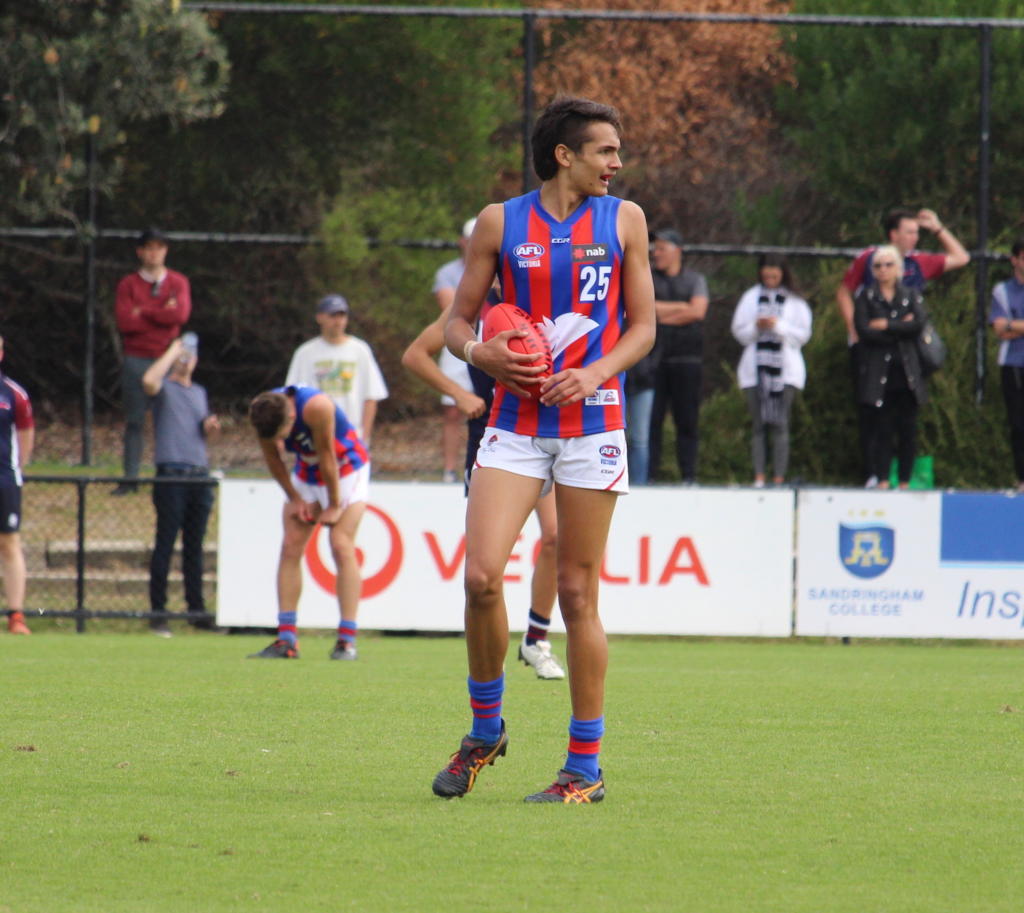 AS the postponement of all seasons commenced over the last few weeks, we head back to the pre-season where we sat down with a number of athletes across the country. In a special Question and Answer (Q&A) feature, Draft Central‘s Michael Alvaro chatted with Oakleigh Chargers’ Jamarra Ugle-Hagan at the NAB League Fitness Testing Day hosted by Rookie Me.

The Western Bulldogs Next Generation Academy member is a mercurial talent, able to rip games apart with his high marking and extraordinary athleticism. While he as been utilised up either end of the ground thus far, the 194cm prospect looks most at home inside forward 50, where his sticky hands and pace off the lead come to the fore.

Having made the transfer over to Oakleigh’s region via a scholarship at Scotch College, Ugle-Hagan played an integral role in the Chargers’ 2019 NAB League premiership and is poised to once again juggle his time between school, NAB League, and representative commitments. Given he hails from Warrnambool, Ugle-Hagan will run out for Vic Country should an Under 18 national carnival go ahead.

MA: Jamarra, how has the day been so far?

JUH: “It’s actually been a really good experience with all the other clubs, you can just see your competition. “It’s pretty good.”

You’re coming off an outstanding bottom-age year, how did you find the transition with Oakleigh and Scotch College?

“It’s been unreal. “Getting the scholarship with Scotch College, it’s a great opportunity. “Also coming here and getting the opportunity to play for Oakleigh Chargers is just really good.”

Obviously you’ve already drawn some attention with your connection to the Western Bulldogs, how do you keep on top of the hype?

“With all the hype, they’re just words. “It doesn’t get to my head.”

Being around some talented players from Oakleigh and the Vic Country Hub, who are some of the players you enjoy playing alongside?

There’s a few fellow Indigenous boys alongside you in different teams, what’s that been like for you?

“It’s actually really good. Going to Scotch from like three hours away, and (Maurice Rioli Jnr) is coming from the NT, it’s pretty hard for us to keep track with homesickness and all that. But once you’re with all the boys it’s a big family.”

What are some of the goals you’re looking to tick off coming into your top-age season?

Having played down back in the Under 17 Futures game last year, are you open to playing there or are you keen to nail down a forward role?

“I played back for Scotch College as a bottom-ager. “Obviously I loved it there so now seeing the different switch, it’s pretty good. I’d love to play back, I don’t mind.”

Are there any things you’re looking to work on?

“Obviously because of the hype, I’ve just got to keep doing the same thing because it just resets now. “So I’m just back to the bottom, and (will) just keep grinding.”