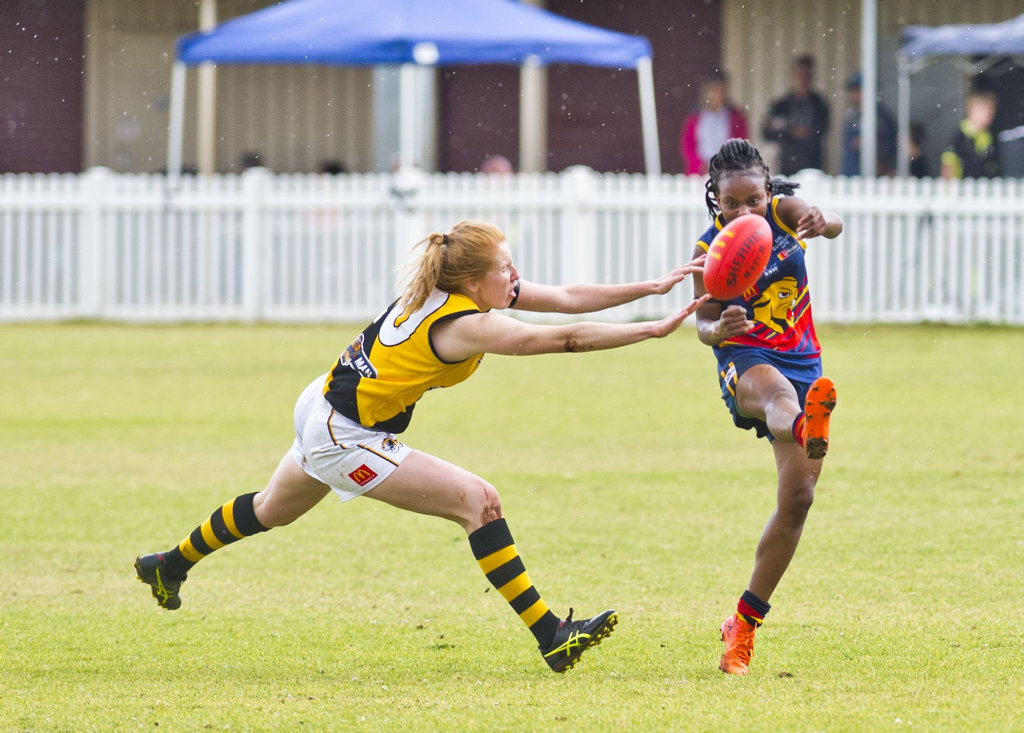 AS the postponement of all seasons commenced over the last week, we head back to the pre-season where we chatted to a number of athletes across the country. In a special Question and Answer (Q&A) feature, Draft Central‘s Taylah Melki chatted with Queensland’s Nyengela Mwajuma at the state testing day hosted by Rookie Me.

TM: Nyengela, how did you get into footy?

NM: “I think I got into footy through my teacher. We had a gala day and no one wanted to do it, but he just encouraged me and my friends to do it.

“(We said) ‘Well okay’, we did it and it was actually really good, we were winning every game. These (recruiters) came to school to talk to us about preseason and training and I guess that’s how I got into it.”

How old were you at that point?

“It was primary school, I think I was in Grade 5.”

That’s a long time, how have you found the evolution from then to now?

“I keep improving every year which is really good. At the beginning I was like ‘Do I really want to do this?’ but then my friends kept doing it and I thought that I might as well keep doing it.”

What is it that you love about footy?

“I guess making friends and travelling as well, because you do get to go to a lot of places. Just the skills that you learn throughout as well, life skills and how to keep healthy.”

Is there a particular area you’re hoping to improve on this year?

“Probably my defending. Most times I just get carried away with following the ball and I forget that I have to go back and defend when the ball gets switched.”

On the flip side, what are some of your strengths?

“Probably running. I’m really consistent with running, I make an effort to get to the ball every time.”

“I haven’t really thought about my hopes for 2020 but probably to make the next level in the Academy.”

How are you finding being part of the Brisbane Lions Academy?

“Really good, because this is my first year and I felt really welcomed. I feel like I belong and I’m improving as training goes on.”

Is the training a bit more intense that what you’re used to, how have you found it?

“Yes. At local (football) I play for the women’s team because there’s no Under 17 team and there’s a big jump, there’s a different age range so we have to adjust to the women. But here it’s more intense, it’s hard, it’s consistent.”

Is there a particular position you like to play on the field?

“I’ve just always played midfield. When I play other positions I don’t play my best like I do when I play in midfield.”

Do you have any AFL Women’s heroes or inspirations?

And how has the preseason been overall?

“I feel like I gained a bit of weight over the holidays and preseason’s up there, (it’s) really good.”