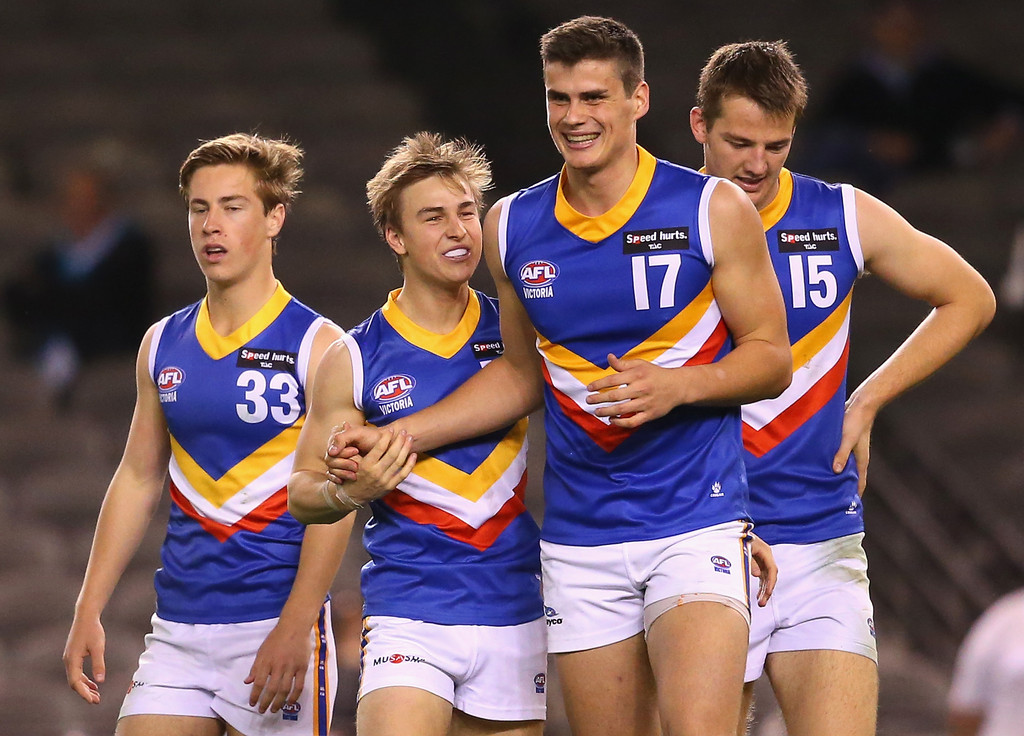 IF you are missing footy like we are, then let us somewhat salvage that with a look back in a new series of Classic Contests. In today’s contest we look at one of the would-have-been Round 11 clashes in the NAB League this year between the Calder Cannons and Eastern Ranges. In this edition, we wind back the clock to 2012, where Eastern got one up over their Metro counterparts on the road.

Calder would have been feeling good coming into its clash with the 2-7, 11th placed Eastern Ranges in Round 10 of the 2012 TAC Cup season, sitting pretty in third place at 6-3 themselves and with five wins in its last six outings – including two on the trot. While the Ranges could also lay claim to consecutive wins in the build-up, their overall form and greater depth of bottom-agers spelt trouble against their next opponent.

While the Cannons had the likes of Joe Daniher, Lachie Plowman, and Jonathan O’Rourke absent amid the Under 18 National Championships, a total of five eventual AFL draftees – all top-agers – graced the field for them on the day. Conversely, Eastern’s bottom-age talent was beginning to shine through, with four players who went on to make the elite grade running out for the winners, including 2013 number one pick Tom Boyd.

There may have been plenty of class afield, but the game was a typically scrappy and low-scoring affair in Highgate due to the conditions, The Ranges had five scoring shots in the first term but could only manage one goal, which was matched by Calder heading into the break. Come half time, the ledger would be all-square again as Calder took advantage of the Ranges’ inaccuracy, booting 3.1 to their opponents’ 2.7 in a trying half of play.

But the Ranges eventually sured up in front of goal to retake the lead at three-quarter time, booting three goals while keeping Calder to just one in a defining term. Their form would continue into the last, making it a 6.3 to 3.9 second half as the goalkicking yips ended up biting Calder when it mattered. It saw Eastern come away with a 12-point win over more fancied opponents, a good feather in the region’s cap before improving out of sight in 2013 with that young core.

Bulldogs draftee Mitch Honeychurch was one of two Ranges to boot multiple goals, going with 18 disposals and seven marks from midfield to be named behind only Ben Cavarra (23 disposals, four marks, five tackles, one goal) as Eastern’s best. The remaining draftees, Boyd and Daniel McStay were kept relatively quiet, with the former booting 1.2 from seven disposals and five marks, while the latter managed 13 disposals and four marks.

The Cannons would falter slightly after this hiccup, boasting an 8-8-1 record come the end of the regular season to finish seventh, before being knocked out by eventual premier Oakleigh in an elimination final. Eastern won just one more game for the year to finish 12th at 3-14, as the worst-performed Victorian side. The Ranges would pull off a remarkable turnaround in 2013 though, with its raft of 2012 bottom-agers carrying them to premiership glory.