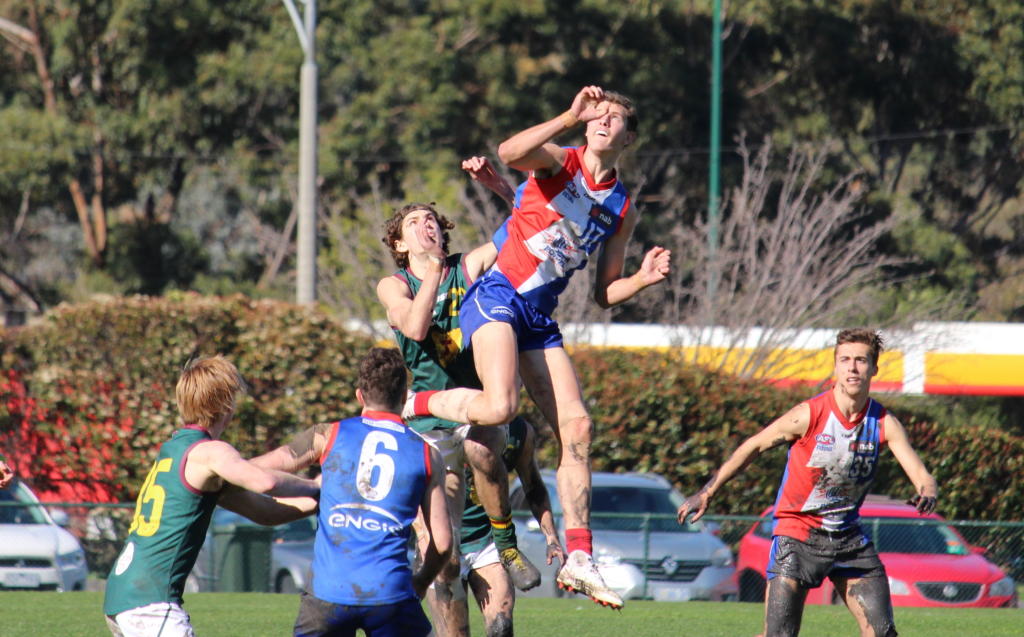 IF you are missing footy like we are, then let us somewhat salvage that with a look back in a new series of Classic Contests. In today’s contest we look at one of the would-have-been Round 11 clashes in the NAB League this year between the Gippsland Power and Tasmania Devils. In this edition, we wind back the clock just one year to relive a contest which was closely contested for three terms, before the Power kicked away late to secure a big win.

Two sides with perfectly opposite records would do battle in Round 14 of the 2019 NAB League, as the 8-4 Gippsland Power (2nd) met the 4-8 Tasmania Devils (13th) on the neutral territory of Box Hill City Oval. If the win-loss ratios did not already highlight the split between the two sides, the splashing of eventual AFL draftees across Gippsland’s lineup on the day would serve to. Six of the Power’s seven elite-level graduates took the field, while one of Tasmania’s two rookie selections assumed his customary role in the side.

But more recent form suggested this clash would produce a decent showing, with either region wavering in the weeks leading up to their sole clash for the year. Gippsland managed to add just two wins over the previous five weeks, suffering three of their four losses to that point in the process, while Tasmania were in the midst of a massive losing streak having suffered four in a row.

Hungry to make amends for their form across three consecutive home berths, the Devils came out strongly to more than match their fancied opponents at the first break, holding a slender three-point lead. The tide would turn in the second term as Gippsland warmed to the contest, booting five goals to Tasmania’s three to steer 10 points clear at half time – the biggest lead of the game to that point.

The contest would tighten slightly after the main break with just one goal apiece added to either side’s tally across the next 25 minutes, but that trend would be almost immediately banished come the final term. Charlie Comben‘s goal after just 27 seconds sparked a six-goal quarter for the Power, all while keeping Tasmania scoreless in a game-defining period. Gippsland added goals almost methodically, scoring six-pointers in five-minute intervals to pretty up a 51-point winning margin.

Twin talls Comben and Josh Smith did most of the damage with three goals each, accompanied by a rare two majors from Brock Smith as the only other multiple goalkicker. The skipper’s 26 disposals were second only to Sam Flanders‘ 28 on the day, with another draftee in Leo Connolly next best with 23. North Melbourne NGA rookie Matt McGuinness booted a goal from 16 touches, but saw over-ager Rhyan Mansell and bottom-age gun Oliver Davis top the ball winning charts with 18 disposals apiece.

Fremantle top 10 pick Caleb Serong was the only piece missing for Gippsland, while Tasmania suffered from the key absence of West Coast rookie, Mitch O’Neill. The Power would go on to finish second, but could only make it as far as the final four having lost to Eastern in the preliminary finals. After a promising start to life as a full-time team, Tasmania went down by a goal to Calder in Wildcard Round having finished 14th at 4-11.