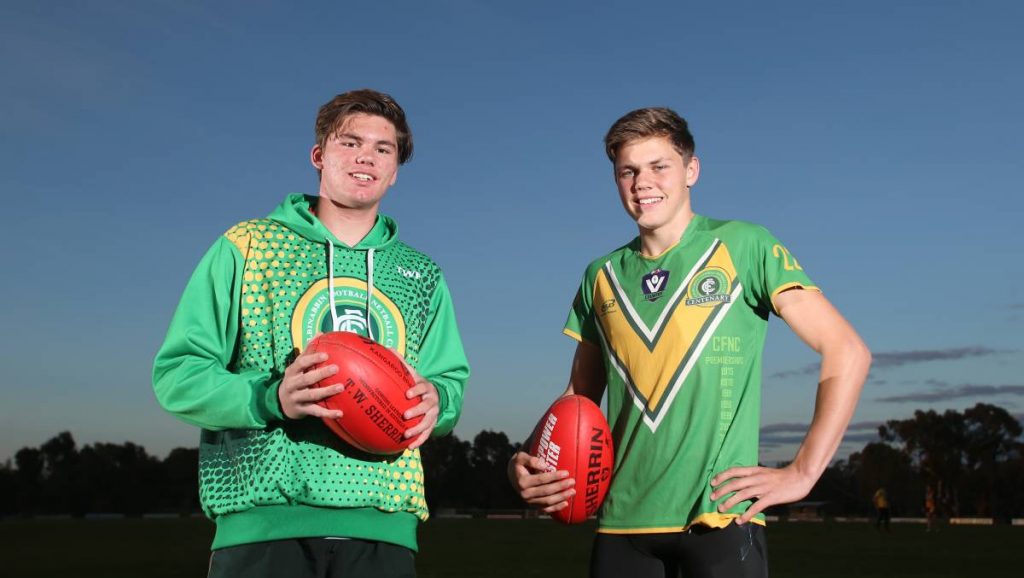 AS the postponement of all seasons commenced over the last few weeks, we head back to the pre-season where we sat down with a number of athletes across the country. In a special Question and Answer (Q&A) feature, Draft Central‘s Michael Alvaro chatted with Bendigo Pioneers’ Cooper Hamilton at the NAB League Fitness Testing Day hosted by Rookie Me.

Hamilton made his NAB League debut last year alongside twin brother, Hugh after earning All Australian honours at the Under 16 National Championships, representing Vic Country. The hard-at-it defender is also a very capable endurance runner, proving as much with his 21.3 score in the 2020 preseason yo-yo test. He is now also part of the Vic Country Academy hub, looking to earn a spot in the Under 18 side while turning out for the Pioneers across the next two seasons.

MA: Cooper, how’s the day been for you?

CH: “It’s been pretty good. There’s a couple of tests that get on my nerves but other than that, it’s fine.”

Which are the ones that get on your nerves?

“Probably the agility. I knocked over a pole so it wasn’t great.”

Are you looking to improve in that kind of area?

“Definitely. Just speed, I really want to improve on that.”

Are there any tests which better showcase your skills?

“Probably the yo-yo. I’m more of an endurance (runner) rather than a sprinter so hopefully I do alright in that.”

Coming off an All Australian Under 16 campaign, it must’ve been a pretty fun week up in Queensland?

“I loved it. It was so much fun with all the boys together, just unreal.”

It must’ve also helped having your twin brother (Hugh) up there as well?

What sets you two apart, what are the differences in your game?

“I’m more of a backman and he’s more a mid/forward. He’s a lot stockier than I am, but I’ll hopefully grow a little taller than him.”

So he beat you there, but you’re going to be taller?

In terms of the Bendigo boys, are you excited to run out with the pretty talented group you have?

“I can’t wait, especially Round 1 against Geelong. It’ll be a hard contest but I reckon we’re pretty set for it.”

Are there any guys you’re looking up to or feeding off at the moment?

How has being around the Vic Country hub been for your development as a bottom-ager?

>> READ UP ON THE BENDIGO PIONEERS