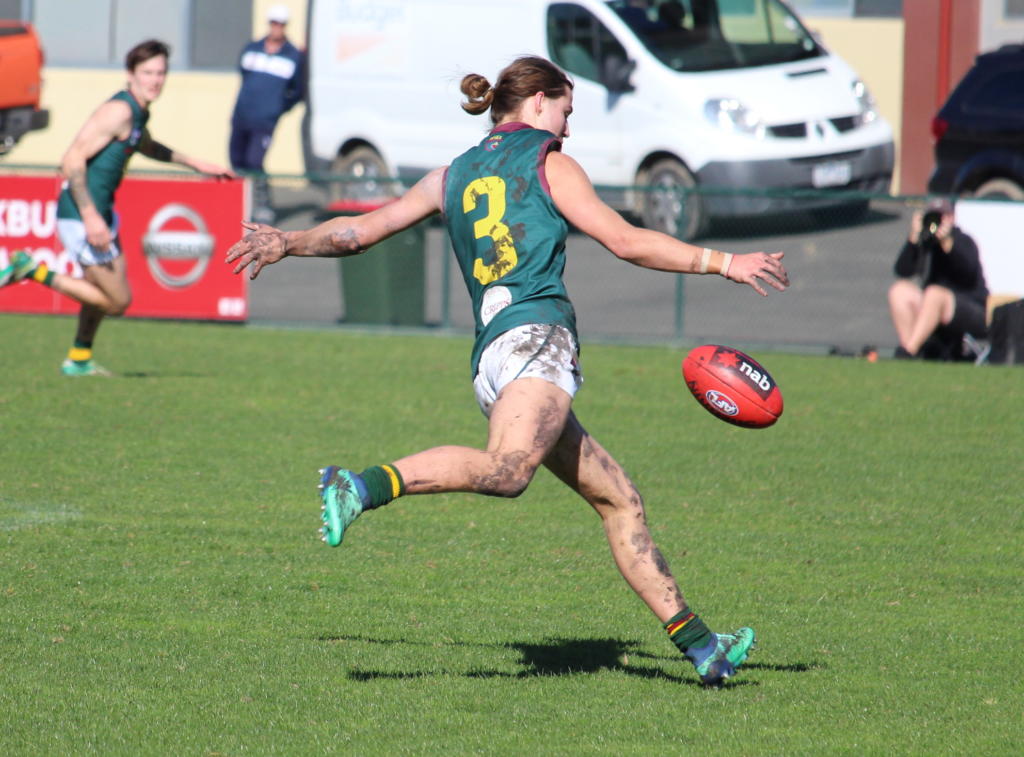 Next under the microscope in our AFL Draft Watch is Tasmania’s Oliver Davis, an Allies hub member who has already earned Under 18 representative duty. The Clarence product was also a regular for his state in the 2019 NAB League competition, running out for 13 games and proving a prime ball winner in his bottom-age season. Davis was also one of three Tasmanian’s to earn Under 16 All Australian honours in 2018, with his list of accolades poised to grow coming into his draft year.

Just continues to do the dirty-work in Tasmania’s engine room, digging in hard to extract contested ball and tackling with just as much intent. He wasn’t as prolific as usual, but still led the Devils’ disposal count with 23 on the back of some willing clearances in the final term with the game on the line. Is so clean at the stoppages, and looks to be sharpening up his use when coming away from them with more handballs and targeted kicks.

The bottom-ager continues to excel in midfield, putting in a typical shift with inside ball winning and hard tackling. He won the first clearance of the first and second terms to mark his intent and enjoyed a good battle against Eastern’s Lachie Stapleton, catching him holding the ball on two occasions with great technique. While Davis sometimes blazes away in possession, his presence in midfield is invaluable and he plays his role well.

Responded well to being left out of the Allies’ 23, bouncing back to his usual ball-winning ways as a constant at the stoppages. Provides a good mix of competitiveness going both ways, finding the ball constantly but also tackling hard without it. He did show some burst and a willingness to kick forward on occasion – like with his centre clearance in the final term – and has the potential to be more effective in use. Was the skipper for the day as a bottom-ager, so has some pretty impressive traits already and is quite obviously talented.

Davis was a dominant midfielder all day, picking up 25 touches but also a huge nine inside 50s. His skill when delivering the ball, often to Callow on the lead, was sensational. Makes the forwards move when he has the ball and rarely misses a target. Stood out for his clean disposal and willingness to hit up his options in the blustery and slippery conditions. Was a handful for the Rebels to contain and once he gets into space, he makes the most of his possessions. Was a clear standout.

Davis was a ball magnet through the midfield, winning it both at the contest and around the ground. His smarts with ball in hand was notable, very rarely missing a target and rarely taking the wrong option and a lot of his disposals came from knowing where the ball was going to be next whether that was roving a pack in defence or getting forward of centre in space to kick long inside 50. Davis finished the game with 33 disposals, seven marks and nine inside 50s in a best on ground performance where he couldn’t have done much morem and certainly looked a mature player and leader despite not being eligible until the 2020 draft.