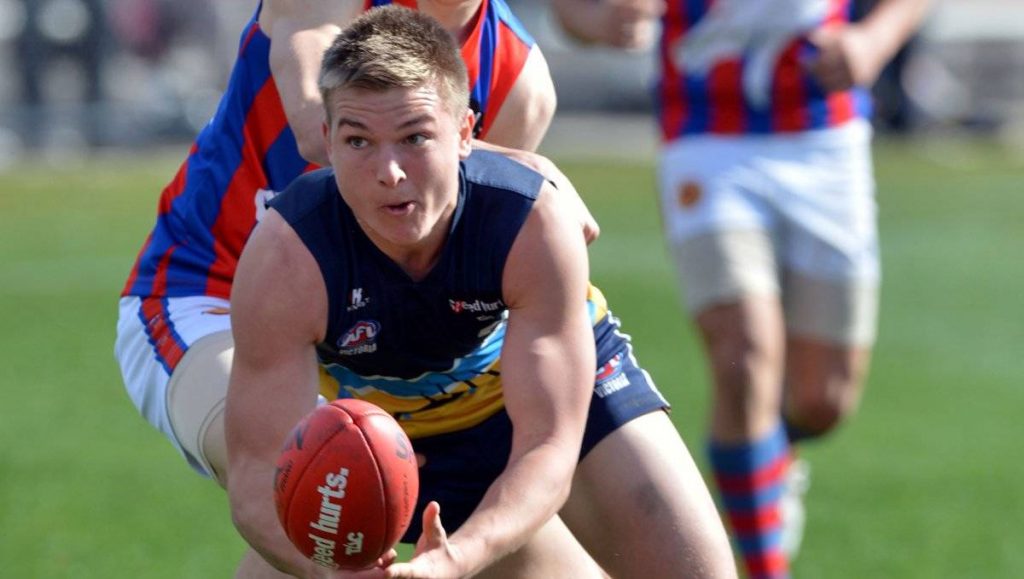 IF you are missing footy like we are, then let us somewhat salvage that with a look back in a new series of Classic Contests. In today’s contest we look at one of the would-have-been Round 9 clashes in the NAB League this year between the Oakleigh Chargers and Bendigo Pioneers. In this edition, we wind back the clock to early-2012, when the Pioneers finished strongly to snatch an unlikely win on the road.

Bendigo opened its account for season 2012 by handing the Oakleigh Chargers their first loss in a remarkable upset against the eventual premiers. The Chargers had won both of their opening games comfortably, credit to their vast array of top-end talent which inevitably went on to spill into the AFL system. Conversely, Bendigo had lost in both of its first two outings, but boasted a squad of honest workers who would fight back to get the job done on this occasion.

While Jack Viney was a significant absentee for Oakleigh, the likes of Jackson Macrae and a bottom-aged Jack Billings would more than make up for the loss. Bendigo had arguably the more costly omissions, with Ollie Wines and Jake Stringer – the Pioneers’ only draftees in 2012 – both unavailable for the fixture.

It would matter little though, as the visiting side broke out to an early lead while keeping the Chargers goalless. The hosts’ four opening term behinds would prove a sign of things to come, though they straightened up slightly in the second period of play to keep Bendigo goalless and snatch a 10-point buffer at the main break.

The ascendancy would be short-lived though, as Bendigo stormed out of the gates in the second half to pile on a game-best five goals in the third term. Despite laying claim to four less scoring shots, the Pioneers found themselves a goal to the good and just had to hold out for one more quarter to claim the unlikely win.

It all looked like unravelling though as Oakleigh turned the margin around, and some with 10 minutes down in the final term. But goals to Liam Byrne and Ben Archard were enough to reclaim the ascendancy at the ideal time, just enough to sneak past Oakleigh’s late charge of 2.5. The wasteful Chargers would finish with seven more scoring shots, but two less goals and three less points come the final siren.

Archard’s three goals went a long way to ensuring victory, with Billy McInnes the Pioneers’ only other multiple goalkicker (two). Byrne and fellow midfielder Sam Heavyside were also among the best for the winners, with their tackling pressure and one-percenters a feature of the upset victory. For Oakleigh, Macrae booted two goals but was beaten to the best half-dozen players by Billings, Kristian Jaksch, and Sam Collins, while Coburg’s Ryan Exon was also impactful.

The triumph would end up being the first of just three for Bendigo in 2012, as the Pioneers went on to finish equal-last of the Victorian sides at 3-14. In their next meeting with Oakleigh, the Chargers would exact revenge with a 76-point thumping in Round 15.

A remarkable finals run followed, as they took out the premiership via a famous Macrae golden point in extra time against Gippsland. Wines and Stringer would be Bendigo’s sole draftees for the two following years, while Oakleigh’s team success also translated to draftees – in the form of five for 2012, and a further 12 from the squad.