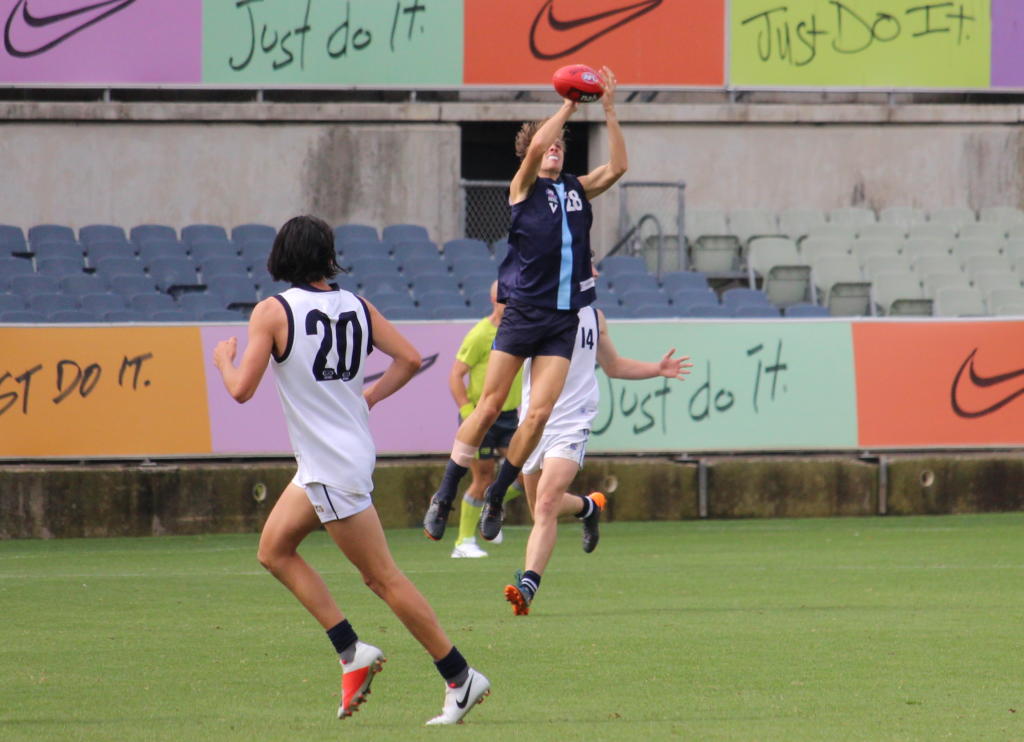 AS the postponement of all seasons commenced over the last few weeks, we head back to the pre-season where we sat down with a number of athletes across the country. In a special Question and Answer (Q&A) feature, Draft Central‘s Michael Alvaro chatted with Oakleigh Chargers’ Sam Tucker at the NAB League Fitness Testing Day hosted by Rookie Me.

The 196cm swingman started his 2019 NAB League campaign playing up forward, but looked comfortable down back too across his six outings as a bottom-ager. Tucker’s experience as an Under 16 Vic Metro representative and trialist last year helped him earn a spot in the 2020 Academy Hub, with eyes on cracking into the Metro Under 18 squad.

Tucker was also looking forward to playing a full season with the Chargers, free from school football commitments as a top-ager, but it remains to be seen whether the competition will go ahead. With clean hands, good skills for his size, and a decent leap, Tucker is a versatile key position option for each side he runs out for.

ST: “Not bad, it’s pretty good to just get the tests done now and then get into footy next.”

How have you fared in the tests, were you just looking to improve?

“We test as a club before Christmas so coming in I was trying to focus on my speed and my vertical and trying to improve them.”

I take it has been a long preseason?

“Yes, it started back in what, November? It’s good to come to the end, have no more running and get into games.”

Going back to last year, you would’ve played with some high-end talent. How did that help you?

“Of course. Both Rowelly (Matt Rowell) and Ando (Noah Anderson) were just awesome players, top class. So just to be able to learn off them all year was awesome.”

Who are some of the players you’re looking forward to playing alongside this year?

Being around the Metro Hub must help your development too, how’s that been?

“It’s been a really good experience. We’ve had two camps, and just the resources we (have) available to us are really good.”

Does that experience help you set up some goals heading into your top-age year, and what are some of the things you’re looking to tick off?

“Definitely. They’re two prime example that show you what happens when you do all the work. I just try and take tips off their training habits and how they prepare.”

Are you looking to lock down a certain role or continue to play up either end?

“I think I’ll play everywhere but hopefully along as a (centre) half-back.”