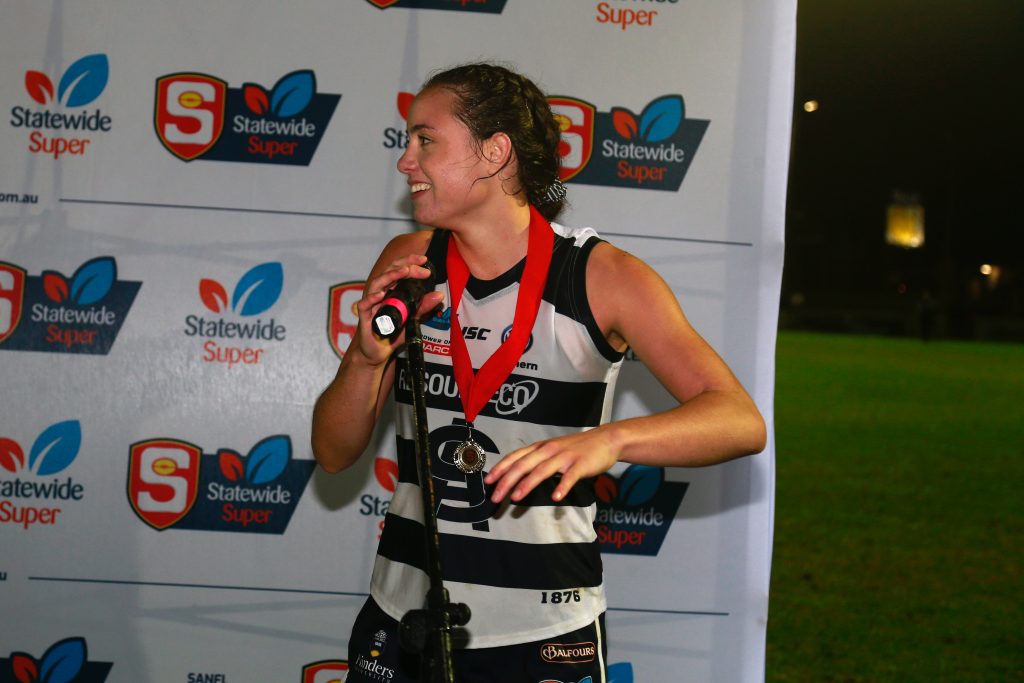 Next under the microscope is South Adelaide’s Indy Tahau, a tall midfielder who can play through the ruck or up forward as well.

After taking a look at South Australia’s top prospect last week in Teah Charlton, we analyse the game of the other top-age South Australian in the 2020 AFL Women’s National Academy. Indy Tahau is as versatile as they come, spending the best part of her middle-age year in 2019 playing as a forward who could pinch-hit in the ruck. She booted eight goals from 12 games, and averaged around 12 touches, three marks, three tackles and three inside 50s. Crucially, she helped out when required against stronger and more experienced opponents.

Her biggest moment came in the 2019 SANFL Women’s Grand Final when she helped lead her team to back-to-back premiership courtesy of a terrific best on ground performance. Prior to the grand final, Tahau’s highest disposals tally was 17.

On the biggest day, the 180cm prospect racked up 20 touches, laid five tackles, had six inside 50s, three hitouts and booted two crucial goals in a low-scoring 22-point win over North Adelaide. Considering the stage, and the fact that she only crossed to football from rugby union a couple of years prior, it was a remarkable achievement.

After such a strong finish to the SANFL Women’s season, Tahau was primed to make an attack on the AFL Women’s Under-18 Championships. But alas an ankle injury curtailed those plans, and while she was named in the intiial squad, could not play a game due to the injury.

With the SANFL Women’s announced to make its return later this month, Tahau and her teammates will aim to win a third consecutive flag at the level. With the return of Montana McKinnon from Crows duties now the AFL Women’s season is over, and a number of others who had stepped up to the AFL Women’s competition, it could free Tahau up to play as that leading forward who pinch-hits in the ruck.

If Tahau can pick off where she left off, and there is an AFL Women’s Under-18 Championships at some point this year, one can expect she will likely lead a strong South Australian midfield as the starting ruck.