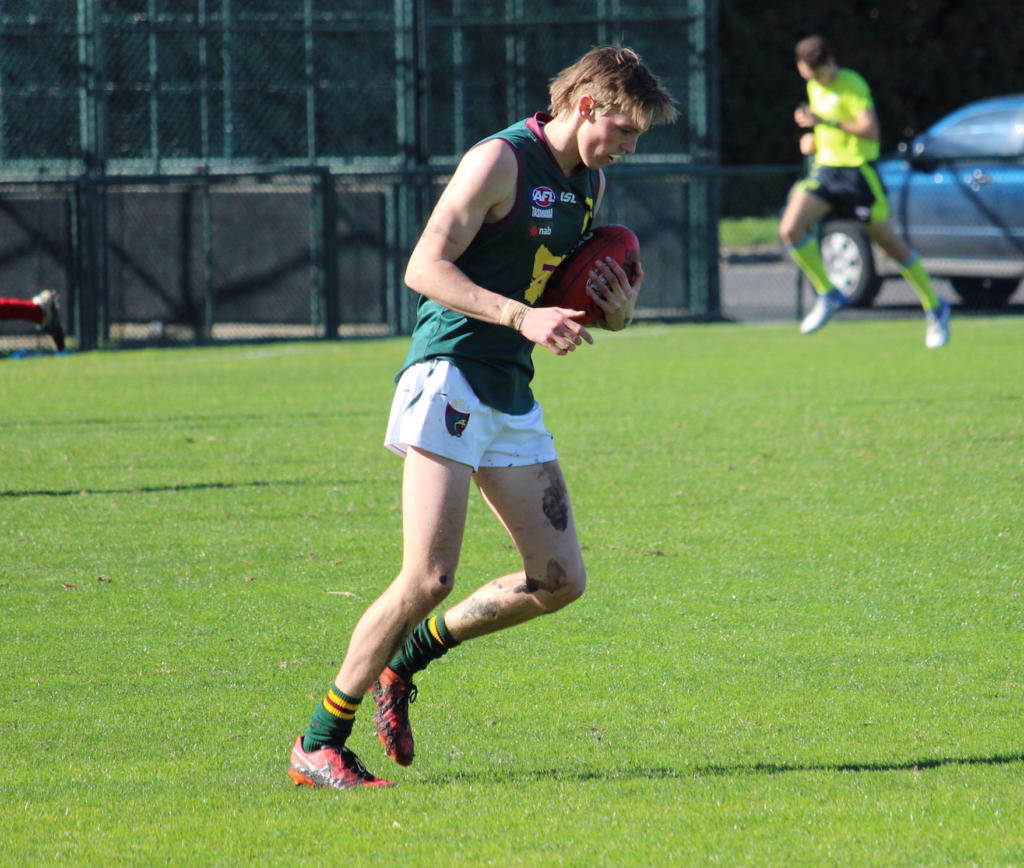 IF you are missing footy like we are, then let us somewhat salvage that with a look back in a new series of Classic Contests. In today’s contest we look at one of the would-have-been Round 9 clashes in the NAB League this year between the Tasmania Devils and Eastern Ranges. In this edition, we wind back the clock just one year to when the sides met for their first clash since the Devils’ instatement as a full-time NAB League side.

Eastern and Tasmania did battle on the Apple Isle on a weekend where every other NAB League side enjoyed a bye, with the standalone Round 12 fixture taking place two weeks later. The hosts were in the middle of a form slump, losing in four of their previous five outings to hold a 4-7 record outside of the top eight equation, while Eastern was riding high atop the table with its five-game winning streak and 9-2 overall record.

The Ranges had been pushed all the way by a struggling Murray side the week before, while Tasmania went down comfortably to Bendigo in a low-scorer, making its run of three-consecutive home games largely fruitless. But in another home outing, there would lie a bit of hope in causing an upset against the well-drilled and organised Ranges as both sides boasted near full strength squads.

Any form of confidence would have been justified, too after a high-scoring opening term, as Tasmania more than matched the Ranges to lead by a goal at the first break. The five-goal to four period of play was followed by far closer ones as the Ranges shut up shop and snuck ahead by under a goal at the next two breaks to set up a grandstand finish.

But that was not entirely to be as the visiting side piled on four goals to one to kick away to a 22-point victory in their highest-scoring term for the day. While it was a valiant effort given the conditions and circumstances, Tasmania simply could not match it with the Ranges for the full four quarters as they tightened their structure and forced the game to be played on their terms after quarter time.

The sole eventual draftees afield, both for Tasmania had decent days; with Matt McGuinness (16 disposals, five marks) assuming his usual role in defence, while Mitch O’Neill had his day cut short through injury after collecting 12 touches. Bottom-age Academy members Oliver Davis (23 disposals) and Sam Collins (16) were also prominent, while Jackson Callow had a big day out with his 14 disposals, six marks, and 4.3.

Eastern’s trio of ball winners again did the job, with Mitch Mellis‘ 33 disposals leading all comers, while Zak Pretty (23, one goal) and Lachlan Stapleton (22) played their usual roles. Bottom-age guns Wil Parker (22 disposals) and Connor Downie (19, one goal) also had their say on the game, with Jamieson Rossiter enjoying one of his better outings for the year in bagging two goals from 16 touches.

The Ranges would of course go on to finish as minor premier and avoid Wildcard Round, making it all the way to the grand final where they would lose by 53 points to Oakleigh. The Devils finished outside the top eight and would go down to Calder by a goal in Wildcard Round, slashing their finals hopes.