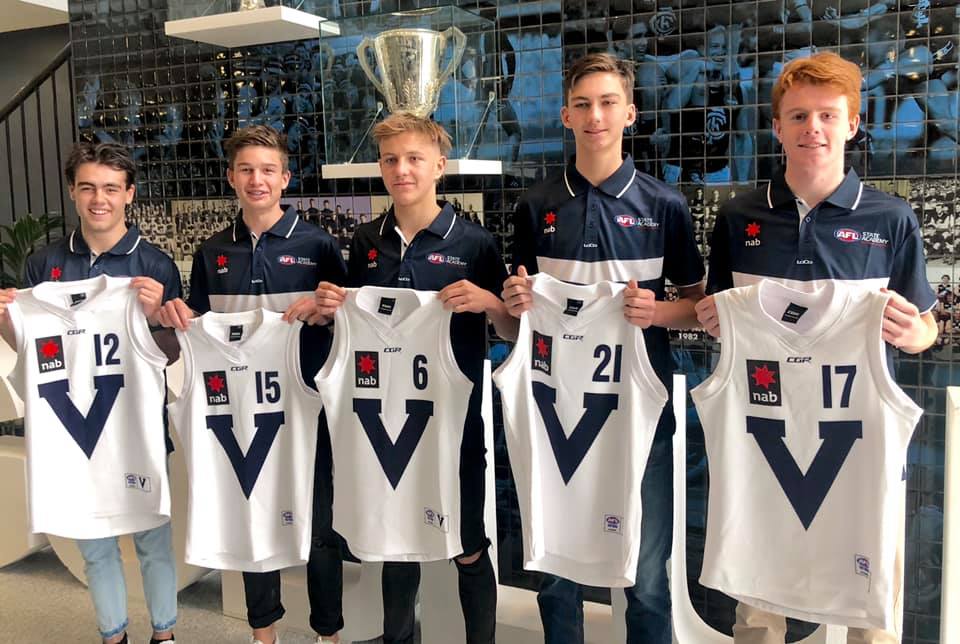 AS the postponement of all seasons commenced over the last few weeks, we head back to the pre-season where we sat down with a number of athletes across the country. In a special Question and Answer (Q&A) feature, Draft Central‘s Michael Alvaro chatted with Greater Western Victoria (GWV) Rebels’ Joshua Gibcus at the NAB League Fitness Testing Day hosted by Rookie Me.

Gibcus represented Vic Country during last year’s Under 16 national championships, and is looking to follow in the footsteps of teammates Ben Hobbs and Charlie Molan in breaking into the Rebels’ lineup. As part of a talented bottom-age core, Gibcus will look to make his mark up either end of the field, using his terrific leap and athleticism to catch the eye.

JG: “It’s a good experience and chance to show where you’re at right now, what you can improve on and have a look at some other regions to see what they’re good at.”

How has the preseason treated you?

“It’s been good. Tough work, you’ve got to get it done but the boys and I got it out of the way so we’re doing well so far.”

After getting preseason and testing under your belt, how much are you looking forward to getting into the games?

“I’m definitely looking forward to getting into games and playing with the boys, playing against other regions. I reckon it’ll be fun.”

What do you see as your strengths here in testing?

“My strengths would definitely be the jumping.”

What do you see as the strengths in your game on-field?

“One of my best strengths has been my athleticism and probably jumping for marks.”

And the areas you want to improve on?

“Probably one big improvement is my kicking. Just getting it to penetrate and hitting targets.”

What role do you hope to develop into throughout the year?

“Sort of a defender, and maybe somewhere in the forwardline.”

Who are you most looking forward to playing alongside?

The Rebels have a good core of bottom-agers, what does it mean to be able to come through as a group like that?

“There’s a lot of bottom-agers now so if we’ve got them all running out it’ll be pretty good for the next year, just that experience.”