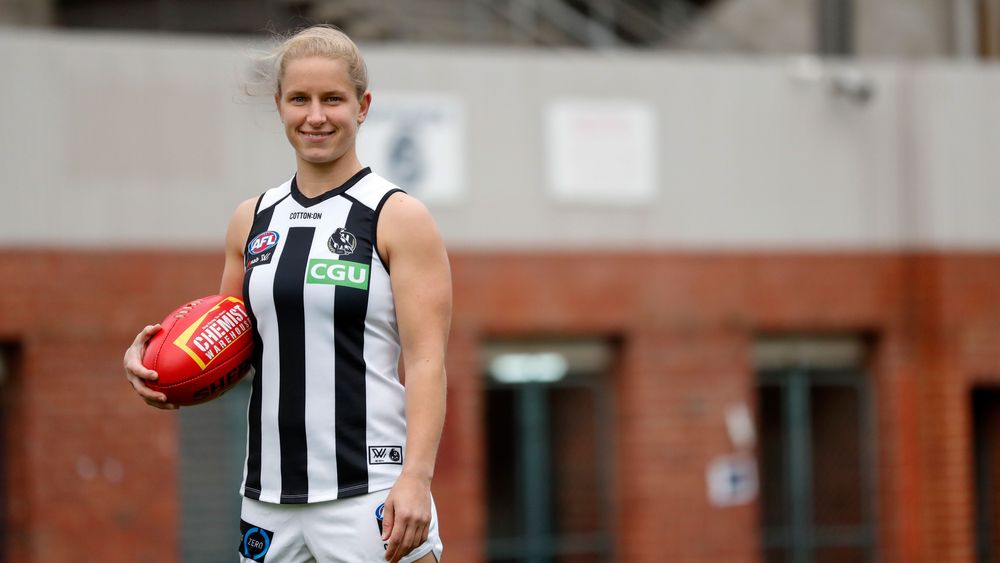 WITH the AFL Women’s 2020 season officially coming to a close now the awards are done and dusted, Draft Central looks back on our Top 50 Players of season 2020. This countdown purely looks at the 2020 season so does not look at past performances and will not include injured stars such Erin Phillips or Chelsea Randall.

There is no denying that Lambert is a real livewire across the ground, constantly able to make something out of nothing. Her crumbing style of play allows her to track the ball at ground level and dispose of it easily, while her dynamic movement and spatial awareness make her one of the most exciting players to watch able to light up the ground with her sheer presence. She is unpredictable and oozes that layer of class able to hit a teammate lace-out thanks to her precision with ball in hand.

Lambert took her game to a whole other level in season 2020 guiding Collingwood to some big wins and using her general nous to have an influence. Her desperation to win the footy and have an impact across the ground was undoubted racking up a whopping 22.3 touches each game. Able to move into the midfield and play a role up forward, Lambert went from strength to strength throughout the season taking everything in her stride.

A real leader on the footy field, Lambert was a ball magnet for the Pies finding the footy at the bottom of every pack. She was not afraid to put her body on the line averaging 6.4 tackles a game such was her intent and physicality at the contest. Her turn of speed allowed her to hunt down opposition players and lay big tackles while her high level of execution was also evident.

Lambert found the big sticks on a couple of occasions, able to dart around inside the forward 50 and lead up at the footy when it came her way. Her clever leading patterns and strong hands made her a key cog for Collingwood while her experience paid dividends able to direct traffic across the ground.

She consistently stood up under pressure winning the footy when it needed to be won and using her pace to evade players and create attacking forays. Although the Pies did not get the job done in the final against North Melbourne, Lambert showcased her array of talents amassing an equal team-high 22 disposals along with six marks, five tackles and two behinds – although she would be ruing those missed chances. Her quick slick hands make her hard to stop when on song, able to dish off a handball to a player flying past.

The Collingwood speedster delivered the ball inside 50 effortlessly able to sight her teammates in space with an average of 4.6 the highest of any of her teammates. She is nimble at ground level and is constantly on the look out for the next play combining well with the likes of Sharni Layton in the ruck and new recruit Bri Davey along with Chloe Molloy to have a demanding presence on the ground. Credit to her impressive season Lambert took out Collingwood’s best and fairest award while also being named in the All-Australian squad.