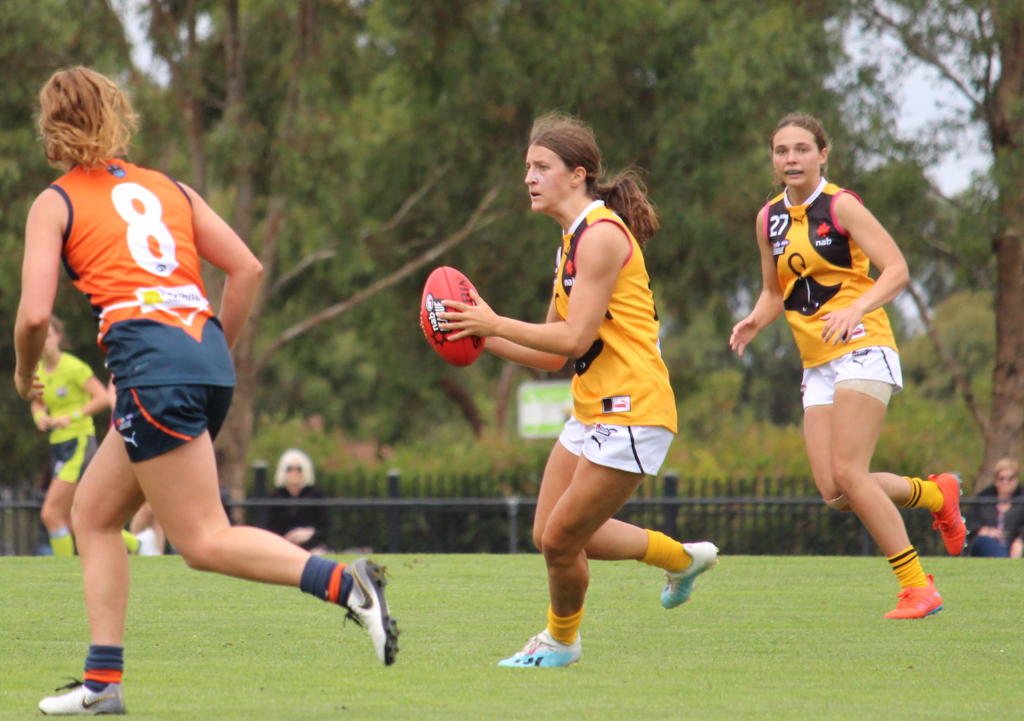 Next under the microscope is Dandenong Stingrays’ Tyanna Smith, a smooth-moving midfielder with terrific athletic traits and footy IQ.

When it comes to the next crop of AFL Women’s talent, many of the up-and-coming stars have strengths that immediately stand out on the field. In rare cases, the players seem to have such an all-round game it is hard to find too many faults, and that is exactly the case with Dandenong Stingrays’ Tyanna Smith. If you rated players across a multitude of footballing categories, you would expect to see Smith in the top 10, if not top five for most, which is what makes her such a damaging prospect.

So what are her biggest strengths? Well for one her acceleration and agility is hard to match, with the Stingrays talent often being watched or held at stoppages to try and stop her from gaining space. One noticeable aspect is the work of her teammates to try and provide blocks to enable Smith to find the space, win the ball and kick it forward. Basically, the old adage of ‘if you give her an inch, she’ll find a mile’ applies perfectly to Smith. Once she is out of reach, good luck trying to catch her.

Dandenong Stingrays’ coach Dave Carden described her as “a coach’s dream” because of her ability to take on feedback and apply it to her game. In the opening round against Eastern Ranges, Smith sensed the game in the balance in the first half and took it upon herself to grab it by the horns and drive the ball forward. The speedy midfielder had multiple inside 50s, and while her team was not able to capitalise at first, she ended up kicking one of the goals of the year from the boundary. It would be her only goal of the season as she dominated through the midfield.

Often players that are so strong offensively do not always have the defensive side, but as we mentioned with Smith in regards to balanced gameplay, she not only has a defensive side, but she thrives on it. It is well worth watching her game against Calder Cannons where she brought down the equally talented Ellie McKenzie in a tackle as the duo had a terrific battle at times up at RAMS Arena. Averaging six tackles per game to go with her 25.3 disposals and 4.0 marks, Smith is one of the most efficient tacklers in the draft crop, making her just as damaging without the ball as she is with it.

There is still growth left in her game, but with a great balance across the board and the fact she is regarded as such a great listener, there are plenty of boxes that Smith ticks when it comes to assessing her game.